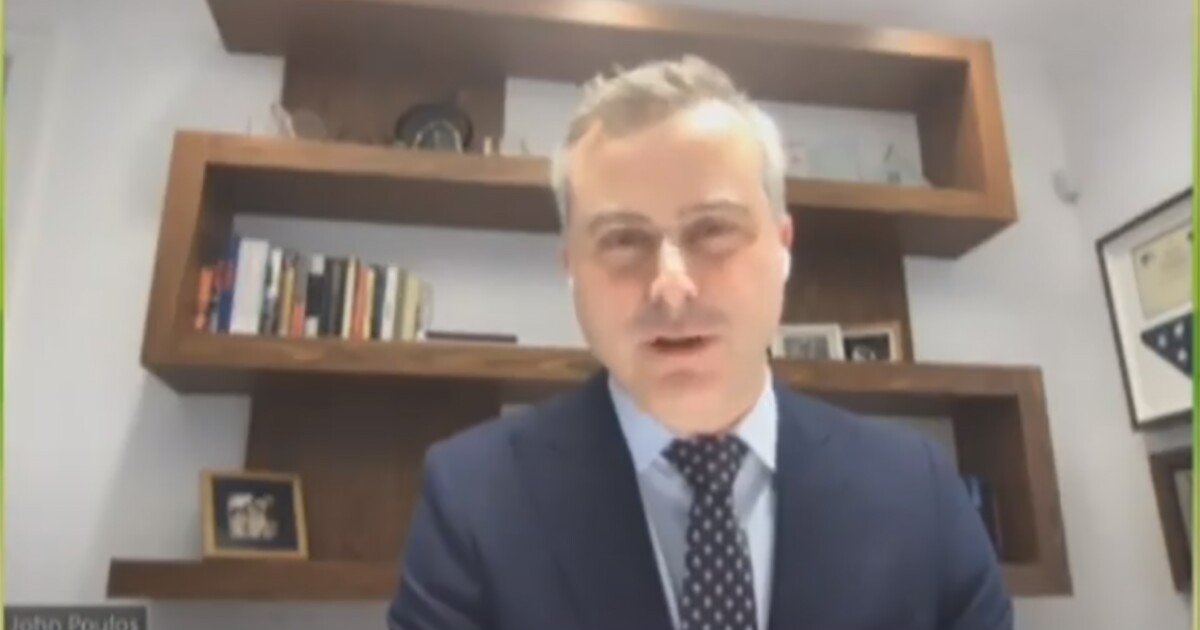 The chief executive of Dominion Voting Systems said a report based off of an examination of voting machines in Antrim County was “severely flawed” and released by a “biased” group.

John Poulos, the CEO of the company, voluntarily testified under oath before the Michigan Senate’s Oversight Committee on Tuesday in response to allegations of election fraud, one day after a judge allowed the release of a report compiled by a cyberfirm affiliated with legal challenges in other battleground states to be unveiled, with some light redactions, about its audit of Dominion devices in Antrim County.

The report was produced by the Allied Security Operations Group and signed by Russell Ramsland, a former GOP congressional candidate and cybersecurity analyst, who claimed that Dominion machines are “intentionally and purposefully designed with inherent errors to create systemic fraud and influence election results” and that the results must be decertified.

Dominion and Michigan election officials have pushed back on the findings, and, at the hearing, Poulos condemned Ramsland’s characterization of his company’s machines, saying the ASOG is a “biased, non-independent organization” and the report was “categorically false and technically incomprehensible.”

In the report, the ASOG claims to have identified a “ranked-choice voting algorithm” that was enabled on the machines and was reflected in a high error rate in the election software.

“I have difficultly knowing where to begin on this,” Poulos said of the ranked-choice voting claim. “Michigan doesn’t use ranked-choice voting. A simple review of Antrim’s ballots easily confirms this.” Later in the testimony, he was asked if it would be theoretically possible for someone, either purposely or accidentally, to switch on the setting. Poulos told the lawmakers it was not possible, and even if it were, it wouldn’t go undetected.

“Although some Michigan counties require that tabulation systems transmit unofficial election results from the precincts via modems on closed networks, Antrim County does not use modems,” he said.

The ASOG claimed that Dominion’s system also “intentionally generates an enormously high number of ballot errors” and are then sent to be adjudicated “with no oversight, no transparency, and no audit trail,” leading to “voter or election fraud.” Poulos testified that the characterization by the ASOG was “entirely false” and “a bizarre claim.”

During the hearing, Poulos also noted that Dominion’s voting systems require a paper ballot that is always with elections officials so that there is a record if there are technical issues. This week, Michigan is expected to conduct a hand tally of all the presidential ballots in Antrim County to provide transparency in light of the accusations against Dominion and the integrity of Antrim County’s election.

In addition, Poulos spoke about “the most egregious lies” being directed at his company from some of President Trump’s legal and political allies. He raised many issues that have been discussed by former Trump campaign lawyer Sidney Powell, who has been thus far unsuccessful in her so-called “Kraken” lawsuits, which allege widespread election fraud and are trying to overturn President-elect Joe Biden's victory.

“There are no ownership ties to any political parties nor to foreign governments. Dominion has no ties to the Pelosi family, Feinstein family, Clinton family, or George Soros,” he explained.

The lawsuit out of Antrim County comes after a human error on the part of the Republican county clerk showed that Biden was winning the county instead of Trump. It was later corrected, and Trump was declared the winner of the county. Despite the outsize publicity with how the case relates to the presidential election, the litigation is actually a challenge against a local marijuana retailer proposal that barely passed after a few damaged ballots were not included in a retabulation.

Biden won the state of Michigan and its 16 Electoral College votes by a margin of more than 150,000 ballots. Trump has refused to concede and has claimed that he actually won the presidential election despite an Electoral College and popular vote loss to the former vice president.