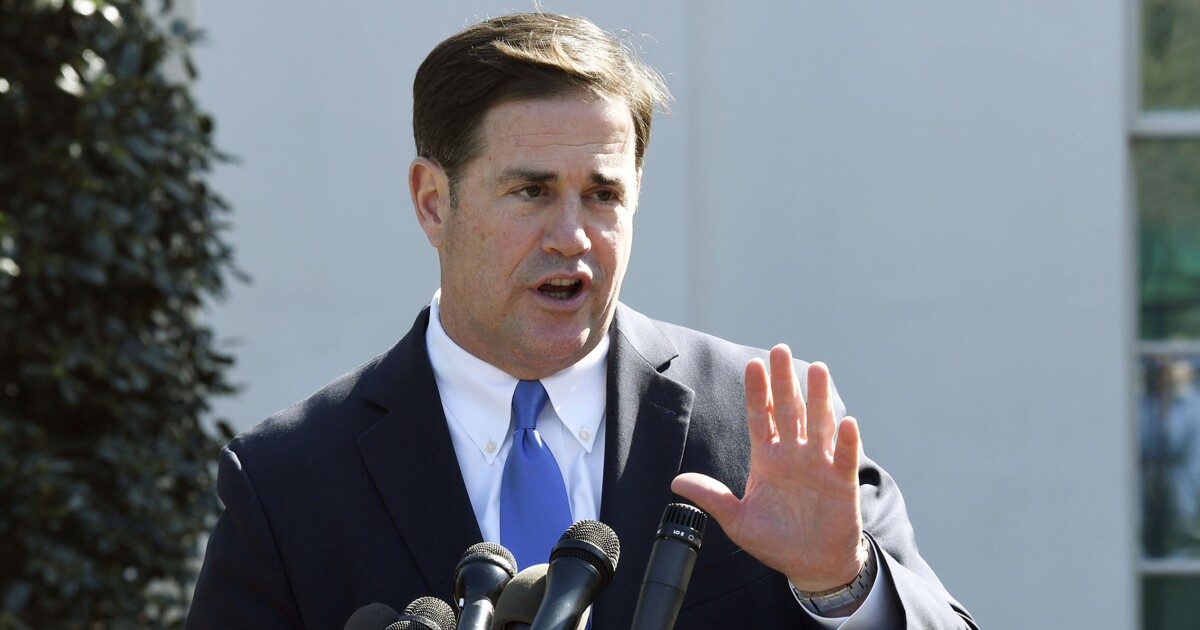 Despite calls from medical professionals and state Democrats, Arizona Gov. Doug Ducey is so far refusing to issue another statewide stay-at-home order due to rising COVID-19 infection rates.

Ducey spoke to reporters Wednesday to announce new support for restaurants and other businesses to announce his latest executive order ensuring the coming COVID-19 vaccination would not cost anything for low-income residents.

Days before, both the ASU Biodesign Institute and the University of Arizona Mel and Enid Zuckerman College of Public Health released modeling showing the holidays could bring a significant spread of COVID-19 without additional mitigation.

When asked about why he’s not going to heed their call, Ducey made clear that it was inappropriate to shut down the economy again.

“I hear the very loud calls from folks yelling ‘lockdown,’” he said. “I just don’t think it’s the right policy. I think that we have put aggressive mitigation out there. We know that we can slow the spread, but when you say the word ‘lockdown,’ you’re talking about shutting down entire industries, closing classrooms, bankrupting small businesses. You’re talking about putting hundreds of thousands of people out of work.

“When we had the first stay home, stay healthy, stay connected order, that was in alignment with the entire nation that had 30 days to slow the spread,” Ducey continued. “At the time, we had [enhanced] unemployment. We had small business loans. We had PPP loans. We had protection so that people wouldn’t lose their place to live. No, I don’t think the right answer is to throw hundreds of thousands of Arizonans out of work before the holidays to slow the spread because I don’t think it would slow the spread.”

According to an ongoing tally by WalletHub, Arizona’s economic recovery since the beginning of the pandemic is the 11th best in the nation.

On Thursday, the Arizona Department of Health Services announced 5,442 new cases of COVID-19, attributing 82 new deaths to the virus. The state’s total percent positive rate is 10.3, and its Rt is 1.17, meaning the virus is spreading.