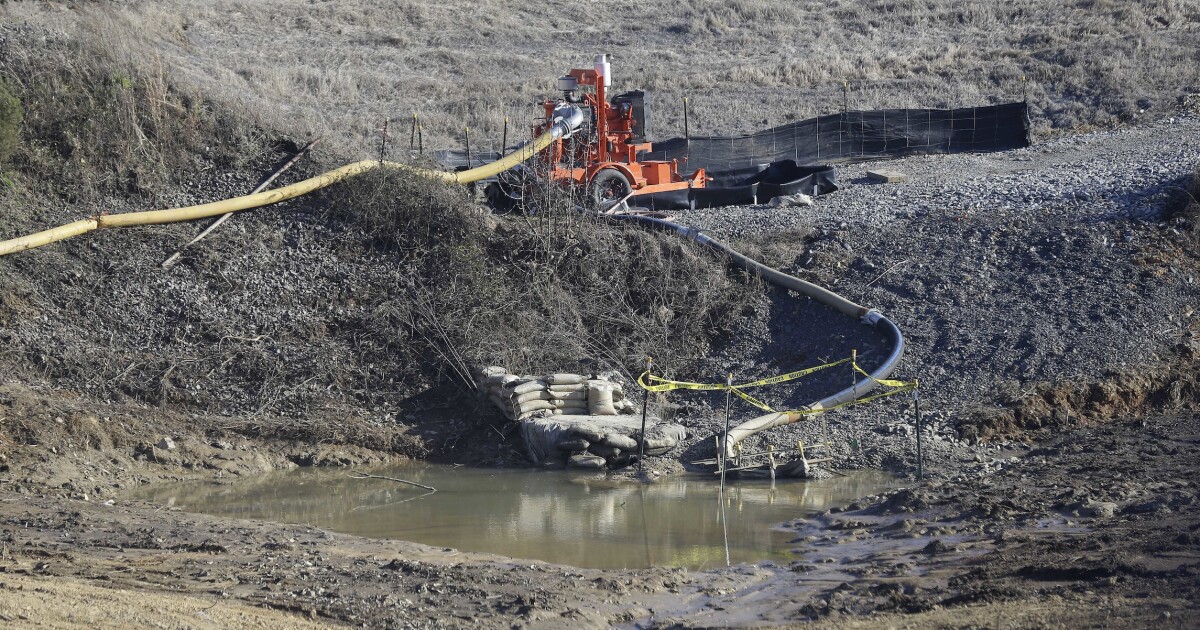 North Carolina has secured a settlement with Duke Energy that would save electricity customers more than $1.1 billion over the next 10 years, state officials said.

The settlement between the company, state officials and environmental group Sierra Club holds Duke Energy accountable for a share of the cost to clean up coal ash across the state, Attorney General Josh Stein announced Monday.

“I have long held that North Carolinians should not bear the full cost of cleaning up coal ash,” Stein said. “As a result of today's settlement, we won't – to the tune of more than $1 billion.”

Stein said the byproduct of coal has been piling up at power plants around North Carolina for decades, polluting the water residents drink. Duke Energy agreed to move the millions of tons of coal ash but petitioned the North Carolina Utilities Commission for consumers to bear the brunt of the cleanup costs.

The commission agreed and held Duke Energy on the hook for only a one-time penalty of $100 million. Stein, Sierra Club and the Public Staff of the Utilities Commission appealed the 2017 decision to the North Carolina Supreme Court.

It is unclear how much the savings breaks down for each of Duke's 3.4 million customers in North Carolina. The settlement, which must be approved by the Utilities Commission, only splits the ash management expenses from 2015 through 2030. Still, Duke said customers would see instant savings if the agreement is approved, and it would reduce coal ash costs included in the pending rate requests by 60%, Duke Energy said.

“This agreement addresses a shared interest in putting the coal ash debate to rest as we work toward building the cleaner energy future North Carolinians want and deserve,” Stephen De May, Duke Energy's North Carolina president, said in a statement. “We were able to reach a balanced compromise that will deliver immediate and long-term savings to customers and provide greater certainty to the company over the next decade.”

Duke Energy said in January 2020 it would cost roughly $8 billion to $9 billion and take more than 15 to 20 years to close all ash basins in the Carolinas permanently. The company said it spent about $2.4 billion through 2019. Stein said the exact amount of savings would depend on interest rates and the amount spent on coal ash cleanup.

The Utilities Commission will make a decision in the coming days, according to Stein's office.