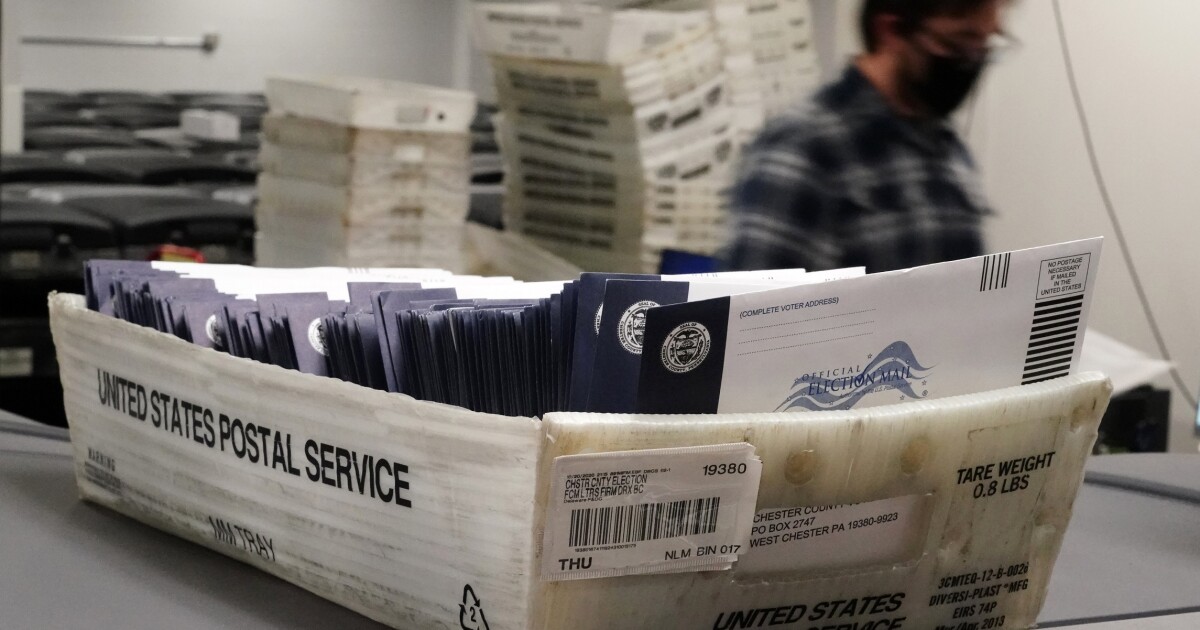 Reports are piling up in Michigan of voting violations that could have helped swing the state to Joe Biden.

President Trump’s reelection campaign filed a lawsuit on Wednesday against Democratic Michigan Secretary of State Jocelyn Benson alleging that one of the plaintiffs in the case, voter Eric Ostegren, who was “credentialed and trained as an election challenger” was “excluded from the counting board during the absent voter ballot review process.”

Despite Judge Cynthia Stephens of Michigan’s Court of Appeals ruling against the Trump campaign on Thursday, issues of Republican election challengers being denied a seat at the table have continued to percolate. The Washington Examiner reached out to the Trump campaign to see what its next steps will be after the lawsuit was ruled against but did not immediately receive a response.

Many of the reports of potential fraud are coming in from Wayne County, where Detroit is located, and more specifically the TCF Center, where many absentee ballots are being tabulated. The nonprofit group the Amistad Project filed a lawsuit on Wednesday contesting the results of tens of thousands of ballots. The lawsuit centers upon ballots that needed to be “cured,” or, ones that were deemed ineligible by voting machines and thus must be transposed onto a new ballot and fixed.

Phill Kline, an attorney with the Amistad Project, told the Federalist that Michigan state law stipulates that, “if possible,” officials from both the Republican and Democratic parties must sign off on the ineligible ballots being transposed.

Kline said that Democratic officials have claimed they couldn’t locate GOP officials to sign off on the ballots, amid allegations that GOP election challengers have been removed from the area where the counting is being done by election workers. Kline claims that that transposed ballots are being certified as valid without having a GOP signature. He said the move has “opened the door for fraud involving tens of thousands of ballots.”

Republican state Sen. Aric Nesbitt posted a video on social media sourced from the TCF Center that he said showed election workers in the Motor City cheering as Michigan GOP election workers were removed from the massive stadium’s counting room. He also said that for every one GOP observer there are three Democratic observers.

Kline in a Thursday statement called for the rejected ballots in question, which were allegedly transposed without a GOP observer present, be “quarantined immediately” in order to uphold the integrity of the Michigan results.

“It is imperative that these rejected ballots be quarantined immediately and that representatives of both parties be able to evaluate them. Allowing tens of thousands of illegally cast ballots to potentially determine the election outcome in Michigan is a clear and present threat to American democracy. As such, we are optimistic the court will do the right thing and act swiftly,” Kline said.

In a separate but related legal matter, GOP poll watcher and lawyer Jessica Connarn, who is a member of the state bar, alleged that she witnessed election misconduct related to the dates listed on absentee ballots received in Detroit. Connarn said in an affidavit filed Thursday in support of the Trump campaign’s Wednesday lawsuit that workers were “changing the dates the ballots were received.”

“When I approached the poll worker, she stated to me that she was being told to change the date on ballots to reflect that the ballots were received on an earlier date,” Connarn said in the affidavit, according to the Detroit Free Press.

Connarn said when she tried to find out more from the poll worker, she was “yelled at by the other poll workers working at her table, who told me that I needed to go away and that I was not allowed to talk to the poll worker.”

Despite Connarn’s claims, Judge Stephens — who ruled against the Trump campaign lawsuit — said the affidavit amounted to hearsay and wondered about how it related the Trump campaign’s lawsuit, which centered upon access to ballot counting.

Benson, Michigan’s Democratic secretary of state, has claimed that allegations of election fraud are untrue.

“In Michigan, I am proud to confirm that all valid ballots, and only valid ballots, have been counted, securely and accurately, and that our election results reflect the will of the people,” she said Wednesday night.

Fox News, CNN, ABC News, and other outlets have projected that Joe Biden has won Michigan and its 16 electoral votes. With 99% of the vote counted, the Associated Press has the former vice president leading Trump 50.6% to 47.9%. Trump narrowly won the state against former Secretary of State Hillary Clinton there in 2016.

The Washington Examiner reached out to the Biden campaign for comment but did not immediately receive a response.