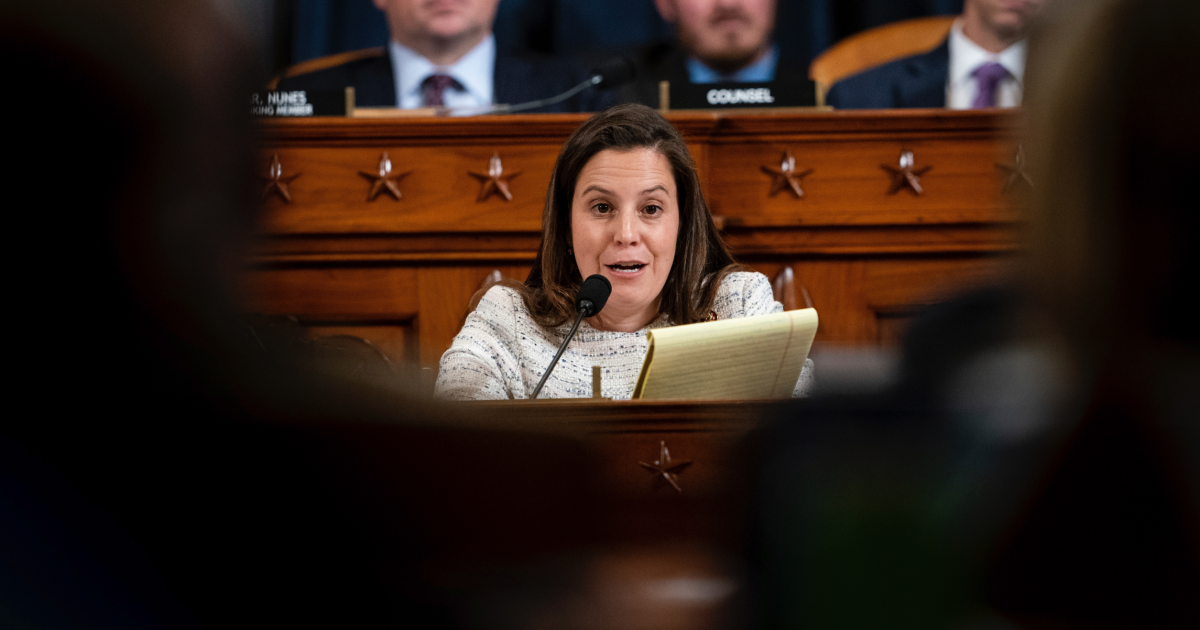 Rep. Elise Stefanik urged Rep. Eric Swalwell to give up his seat on the House Intelligence Committee after the California Democrat's past ties to a suspected Chinese spy was revealed to the public.

During an appearance on Fox News on Thursday, Stefanik said that he should “100%” leave the panel, on which she is also a member.

“He should step down from his position,” the New York Republican said. “Not only is it disturbing for any member of Congress to be compromised by the Chinese Communist Party, but particularly if you’re a member of Congress that sits on that very select committee that has oversight over our intelligence agencies, that gets highly classified briefings, especially when it comes to adversaries like China, like Russia.”

She continued: “Eric Swalwell is compromised, and he needs to step down.” Stefanik added that House Speaker Nancy Pelosi has tried to “brush this under the rug” and that Swalwell should appear before the House Ethics Committee.

Swalwell is facing questions about his relationship with Fang Fang, also known as Christine Fang, a Chinese national believed to be working with China’s Ministry of State Security. His relationship with Fang lasted from 2011 until 2015, when federal agents investigating Fang “alerted Swalwell to their concerns” and gave him a defensive briefing, Axios reported. He reportedly cut off ties with Fang at that time. Fang worked to place potentially unwitting “subagents” in the offices of elected officials and reportedly had romantic relationships with two mayors.

House Minority Leader Kevin McCarthy has also called for Swalwell to be disqualified from the Intelligence Committee and referred to him as a “national security liability.”

“I know that leader McCarthy is going to demand answers for this,” Stefanik said. “I also want to know when was Speaker Pelosi made aware of this. She needs to come clean with her colleagues and the American people why she didn’t share this and why she didn’t demand Eric Swalwell to step down from the committee.”

During a recent interview, Republican Rep. Devin Nunes, the ranking member of the House Intelligence Committee, did not say he wanted Swalwell removed, but he pointed out that Swalwell was a major proponent of the Russia investigation and said he thinks it is now “a situation of the pot calling the kettle black.”

Pelosi said on Wednesday that she doesn’t have “any concern” with Swalwell after news about his former relationship with Fang was made public.