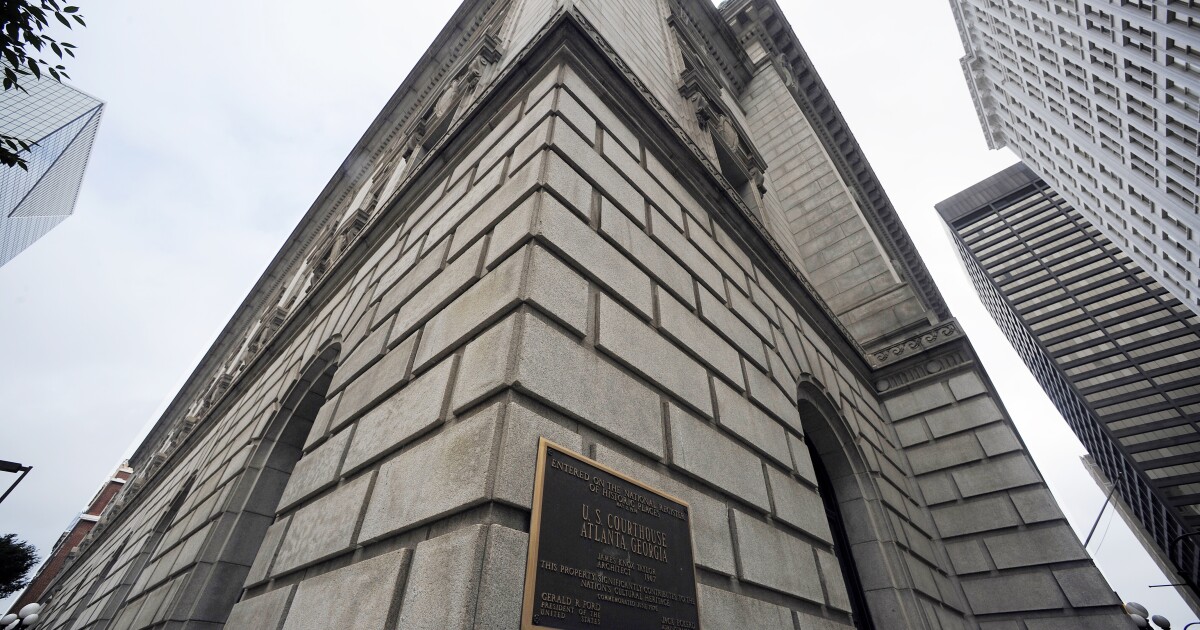 A panel of the 11th Circuit Court of Appeals struck down a local Florida ordinance Friday that prohibited licensed therapists from engaging in conversion therapy, ruling that banning the controversial practice that aims to change a minor’s sexual orientation or gender identity violates therapists’ First Amendment rights.

In a 2-1 decision, the federal appellate court in Atlanta sided with therapists Robert Otto and Julie Hamilton, who challenged the constitutionality of measures adopted by Palm Beach County and the city of Boca Raton that banned conversion therapy.

The county and city ordinances expressly prohibited licensed counselors from “treating minors with any counseling, practice or treatment performed with the goal of changing an individual’s sexual orientation or gender identity,” citing widespread consensus such therapy is harmful.

“If there is a bedrock principle underlying the First Amendment, it is that the government may not prohibit the expression of an idea simply because society finds the idea itself offensive or disagreeable,” judges Britt Grant and Barbara Lagoa noted in their majority ruling. “The challenged ordinances violate that principle.”

Lagoa is a former Florida Supreme Court justice who was appointed to the state’s high court by Gov. Ron DeSantis in January 2019 before being appointed by President Donald Trump to the federal 11th Circuit Court in December.

The 2-1 ruling overturned a previous federal district court decision that upheld the conversion therapy bans and ordered preliminary injunctions be entered against the ordinances.

At least 20 states and dozens of cities and counties across the country have enacted their own conversion therapy bans and have a mixed record in surviving court challenges, according to the Movement Advancement Project.

While such bans have been upheld in federal appeals courts in California and New Jersey, Tampa’s ban was struck down by a federal court in 2019, making it likely the issue eventually could go before the U.S. Supreme Court.

In their 27-page majority opinion, Grant and Lagoa wrote they “understand and appreciate that the therapy is highly controversial, (but) the First Amendment has no carveout for controversial speech.”

Both appeared skeptical of claims conversion therapy is harmful enough to justify speech restrictions, claiming not enough evidence was presented.

“This decision allows speech that many find concerning – even dangerous,” Grant and Lagoa wrote. “But consider the alternative. If the speech restrictions in these ordinances can stand, then so can their inverse. Local communities could prevent therapists from validating a client’s same-sex attractions if the city council deemed that message harmful.

“It comes down to this: If the plaintiffs’ perspective is not allowed here,” the ruling continues, “then the defendants’ perspective can be banned elsewhere. People have intense moral, religious, and spiritual views about these matters – on all sides. And that is exactly why the First Amendment does not allow communities to determine how their neighbors may be counseled about matters of sexual orientation or gender.”

In her 20-page dissent, Judge Beverly Martin said requesting more evidence when there’s evidence to support opponents claims “ignores the harm such studies would have on children,” noting the ordnances are “backed up by a mountain of rigorous evidence.”

They all have found conversion therapy “poses real risks of harm on children,” she wrote, adding the county and city “have validly identified a compelling government interest in protecting minors from a harmful medical practice.”