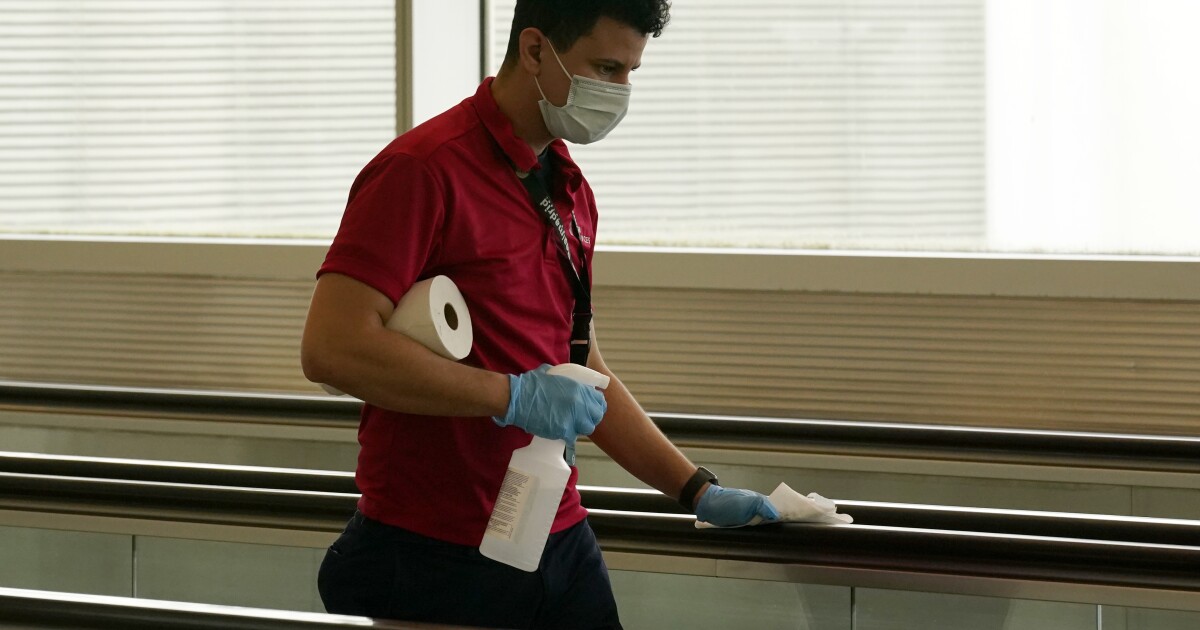 Florida was in the top five nationally in the rate of COVID-19-related workers’ compensation insurance medical claims filed in the first six months of 2020, a report released this week by the National Council on Compensation Insurance (NCCI) said.

Florida recorded more than 300 COVID-19-related workers’ compensation medical claims for every 100,000 active claims between January and June, the NCCI reported, a 50% increase from 2019 averages.

Only Alaska, Colorado, Connecticut, Florida and New Jersey topped 300 COVID-19-related workers’ compensation medical claims for every 100,000 active claims, according to the report, which doesn’t explain why these states have more such claims than others or what the exact per-100,000-claims ratio is, reporting only aggregates.

A workers' compensation claim is considered a “medical claim” if an injured or ill worker received at least one “medical encounter” while the claim is active. The NCCI compiled its medical claims data from its “medical data call.”

“There is no question that the COVID-19 pandemic has had and will continue to have a measurable impact on medical treatment of injured workers in the workers compensation (WC) system,” report authors David Colón and Raji Chadarevian wrote. “The question is … to what extent? The simple answer is a single metric, and that is time. It may be years before we grasp the full effect of this pandemic on WC.”

According to the report, about 1,200 COVID-19 medical claims were filed in Florida during the first six months of 2020, with 70% filed by women.

“One potential contributing factor to this disparity is that women represent a significantly greater portion of healthcare employment,” the report said. “According to the US Census, by far, the largest healthcare occupation is registered nurses, with over 2.4 million workers, followed by 1.2 million nursing, psychiatric, and home health aides. Women make up more than 85 percent of workers in both large occupation groups.”

The vast majority of active workers' compensation claims related to COVID-19 do not include a medical encounter or require hospitalization, NCCI noted.

However, 20% of the medical claims required inpatient hospital stays, the report said, with 19% requiring admission to intensive care units.

According to the report, workers admitted to ICUs, on average, stayed in the hospital for 11.5 days compared with non-ICU patients who stayed an average 7.5 days.

While people with pre-existing conditions or comorbidities are most at risk from COVID-19, NCCI’s report showed only 16% of medical claims submitted in the first six months of 2020 had an “identifiable comorbidity,” such as hypertension or diabetes.

“Worth noting, though,” the report said, “comorbidity is identifiable only if treated and reported by health care providers during the encounters. Additionally, at 16 percent, comorbidities play a larger role in COVID-19-related workers’ compensation claims than in non-COVID-19 claims, where just 5 percent of the claimants have co-morbidities.”