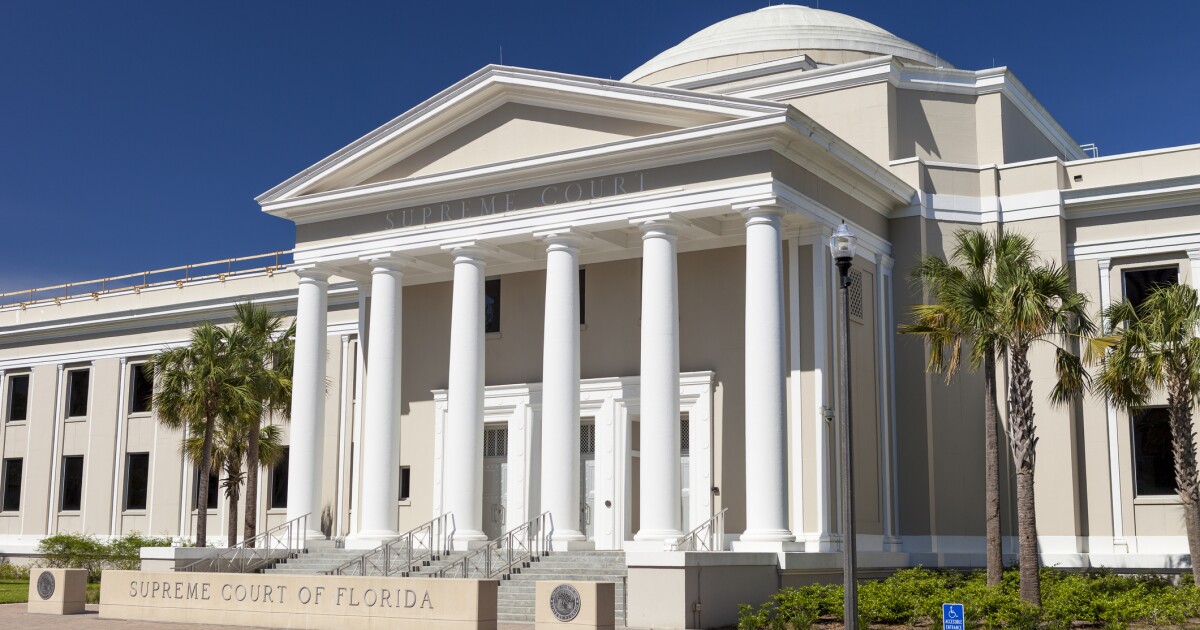 Florida is not among the nation’s top “judicial hellholes” for the second consecutive year, according to annual rankings of court systems by the American Tort Reform Foundation.

“Florida continued to make progress towards improving its legal climate in 2020 as a direct result of Gov. Ron DeSantis’ thoughtful and decisive leadership, as he continued to remake the Florida Supreme Court through two additional appointments,” ATRF wrote in its 2020-21 Judicial Hellhole Report released Tuesday.

Florida routinely placed in ATRF’s yearly ranking in the years after it was established in 2002, ascending to No. 1 in 2018.

It fell out the rankings in 2019 because of DeSantis’ Supreme Court appointments and state lawmakers adopting a bill to reform the state’s assignment of benefits insurance law – after seven years of failed attempts – designed to slash excessive litigation.

Florida lawmakers, however, made little progress in 2020 addressing the state’s tort laws, ATRF maintains, and, therefore, it remains on its “watch list” because of an “aggressive personal injury bar and fraudulent, abusive litigation practices.”

The full 2020-21 Judicial Hellholes rankings were:

1. Philadelphia Court of Common Pleas and the Supreme Court of Pennsylvania

After President Donald Trump appointed Lagoa and Luck to the 11th U.S. Court of Appeals, DeSantis “hit two home runs with … appointments of John Couriel and Jamie Grosshans, two justices who have proven to be restrained in their approach to their role as a judge. Based on his phenomenal selections thus far, reformers can no doubt look forward to more stalwart appointments throughout the judiciary as they become available.”

ATRF said Florida, however, still has “rampant lawsuit abuse,” especially in south Florida, which will be aggravated by the COVID-19 pandemic because lawmakers did not meet in a special session to grant businesses and employers liability protections.

“Florida is one of the states hit hardest by COVID-19, and the repercussions of the virus are amplified by the Legislature’s inaction in protecting small businesses and curbing lawsuit abuse,” ATRF President Tiger Joyce said. “Especially in south Florida, out-of-control legal advertising and trial attorney abuse of ‘letters of protection,’ bad faith laws, and assignment of benefits threaten to set back any progress made in cleaning up Florida’s courts.”

The Florida Justice Association, the state’s advocacy group for trial lawyers, did not respond to requests for comment Tuesday.