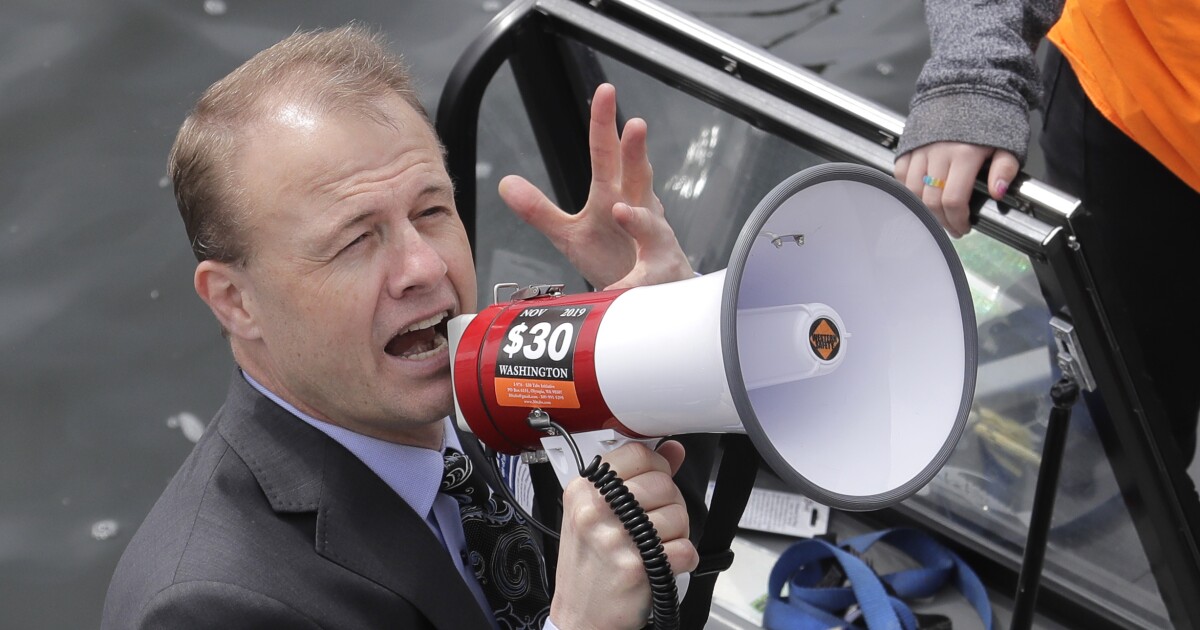 Eyman, a controversial civic activist known for filing statewide initiatives on everything from affirmative action to taxes, stands accused by the Washington State public Disclosure Commission of failing to disclose as much as one million dollars from state campaign regulators.

The commission's lawsuit against Eyman stems from accusations made in 2015 which included claims that Eyman used campaign money to pay for personal expenses.

Eyman has since racked up more than $230,000 in sanctions after being held in contempt of court for two years for refusing to comply with the court.

“Even after paying fines and having adverse judgments entered against him, he continues to flout the law and seek new ways to conceal donations and benefit from them personally,” Ferguson wrote in a court brief. “He did so intentionally and willfully, even after both the Public Disclosure Commission [PDC] and his own accountant warned him that the law required otherwise.”

Eyman argues that the money he received from the campaigns in question was part of a consulting contract he and his Watchdog for Taxpayers were paid for.

Eyman's lawyer, former Washington Supreme Court Justice Richard Sanders, wrote in a trial brief that his client has nothing to hide.

“If he had an independent duty to disclose something, he would have,” Sanders wrote. “All of these transactions were legal, and all taxes were paid. And they would have shown that Mr. Eyman received compensation for his initiative work and that he supported the initiatives he sponsored which are things the public already knew.”

Sanders argued further that the state had no right to require Eyman to report on his “friends and supporters” which he said violated his client's First Amendment rights.

Eyman was convicted of another case of campaign finance fraud in 2012 costing him $55,000 in fines. The court's decision spurred Eyman to file for bankruptcy.

Filing a late campaign finance report would cost Eyman $10 per day and up to $30 per day if Dixon found Eyman's conduct was deliberate.

Eyman announced last week that he is promoting two more ballot initiatives to ban the passage of any carbon taxes and state income taxes.

A state income tax has never been passed in the state since its founding and would require an amendment to the state constitution.

In October, a car tab initiative sponsored by Eyman, I-976, was unanimously struck down by the Supreme Court of Washington, overturning a cap on the state's vehicle registration fees.

Eyman has since filed a “Motion for Reconsideration” that awaits a judge's input.