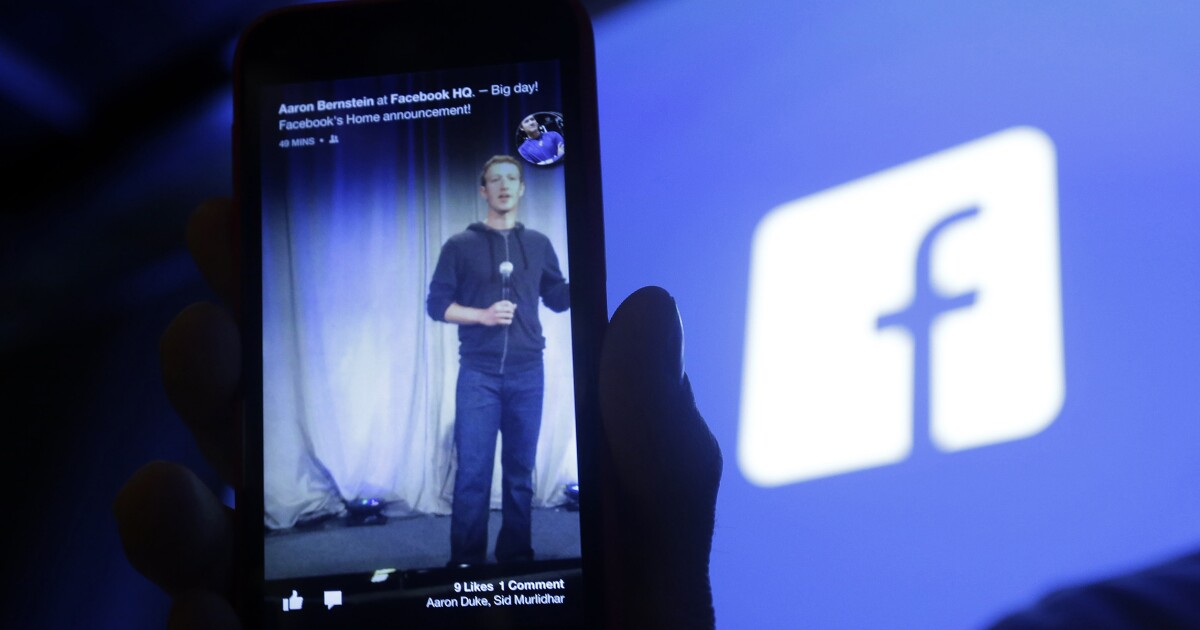 The Federal Trade Commission sued Facebook, calling on a federal court to break the social media giant apart from the WhatsApp and Instagram apps, on the same day 48 states and territories filed a separate lawsuit alleging the Big Tech giant engages in illegal anti-competitive conduct.

“Personal social networking is central to the lives of millions of Americans. Facebook’s actions to entrench and maintain its monopoly deny consumers the benefits of competition,” Ian Conner, the director of the FTC’s Bureau of Competition, said on Wednesday. “Our aim is to roll back Facebook’s anticompetitive conduct and restore competition so that innovation and free competition can thrive.”

The agency filed a 53-page complaint with the U.S. District Court for the District of Columbia, where it specifically asked the court to declare that Facebook’s conduct violates laws against unfair competition and order the company to divest its largest acquisitions or to reconstruct its business, including its $1 billion purchase of the photo and video-sharing app Instagram in 2012 and its nearly $15 billion purchase of the messaging service WhatsApp in 2014.

“Facebook is the world’s dominant personal social networking service and has monopoly power in a market for personal social networking services. This unmatched position has provided Facebook with staggering profits. Last year alone, Facebook generated revenues of more than $70 billion and profits of more than $18.5 billion,” the FTC’s press release said.

The FTC argued that Facebook “initially tried to compete with Instagram on the merits by improving its own offerings” but “ultimately chose to buy Instagram rather than compete with it,” and that its acquisition of Instagram “both neutralizes the direct threat posed by Instagram and makes it more difficult for another personal social networking competitor to gain scale.”

The agency further argued that Facebook “perceived that ‘over-the-top’ mobile messaging apps also presented a serious threat to Facebook’s monopoly power” and Facebook’s leadership “understood — and feared — that a successful mobile messaging app could enter the personal social networking market, either by adding new features or by spinning off a standalone personal social networking app.” And so, when WhatsApp “had emerged as the clear global ‘category leader’ in mobile messaging” Facebook “chose to buy an emerging threat rather than compete.”

The FTC said this move “both neutralizes the prospect that WhatsApp itself might threaten Facebook’s personal social networking monopoly and ensures that any future threat will have a more difficult time gaining scale in mobile messaging.”

In October, the Justice Department filed a long-anticipated antitrust lawsuit against Google over its allegedly anti-competitive business practices, especially how it has used its search dominance in the online advertising arena to defeat its competitors. A bipartisan coalition of the top legal officers from 50 states and territories also announced in September 2019 that it was investigating Google’s alleged monopolistic practices.

“We are taking action to stand up for the millions of consumers and many small businesses that have been harmed by Facebook’s illegal behavior. Facebook has used its monopoly power to crush smaller rivals and snuff out competition, all at the expense of everyday users. Instead of improving its own product, Facebook took advantage of consumers and made billions of dollars converting their personal data into a cash cow,” James said. “Today’s suit should send a clear message to Facebook and every other company: Efforts to stifle competition, reduce innovation, or cut privacy protections will be met with the full force of almost every attorney general's office in the nation.”

The only states that did not sign on to the 123-page complaint were Alabama, Georgia, South Carolina, and South Dakota. However, the lawsuit was joined by the District of Columbia and the territory of Guam.

“For almost a decade, Facebook has had monopoly power in the personal social networking market in the United States … Facebook illegally maintains that monopoly power by deploying a buy-or-bury strategy that thwarts competition and harms both users and advertisers,” the lawsuit alleged, adding that “Facebook’s unlawfully maintained monopoly power gives it wide latitude to set the terms for how its users’ private information is collected, used, and protected” and “Facebook has intensively monitored the growth of scores of applications and purchased those it believed might threaten its monopoly power, sometimes snatching them from other firms in whose hands the acquired firms might flourish and become challengers to Facebook’s dominant personal social networking service” — specifically pointing to the acquisition of Instagram and WhatsApp.

The lawsuit asked the court that Facebook be “enjoined and restrained from making further acquisitions valued at or in excess of $10 million without advance notification” to the states and that Facebook be stopped “from continuing to engage in any anticompetitive conduct and from adopting in the future any practice, plan, program, or device having a similar purpose or effect to the anticompetitive actions set forth above.” The states also asked the court to find that Facebook’s acquisitions of Instagram and WhatsApp were in violation of federal antitrust laws.