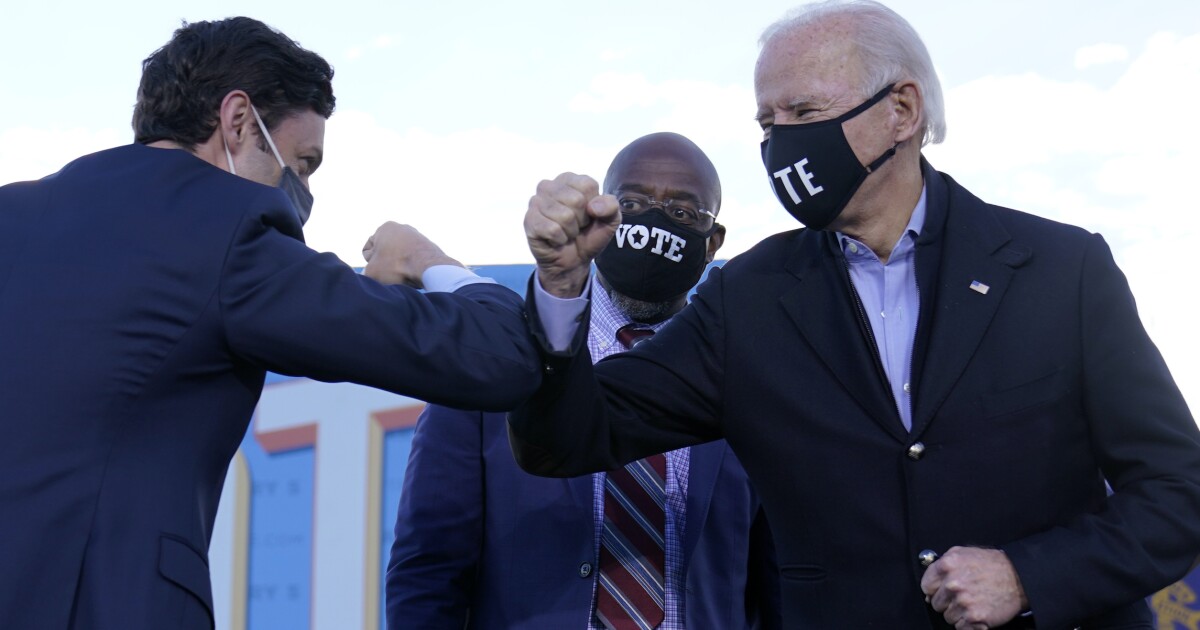 The Georgia Secretary of State’s Office has certified that Democrats Rafael Warnock and Jon Ossoff won the runoff election and will be sworn into the Senate.

Secretary of State Brad Raffensperger, a Republican who was thrust into the national spotlight following the Nov. 3 general election, certified the tally on Tuesday, one day before President-elect Joe Biden is sworn into office.

“In certifying the results, the Secretary of State affirmed that all 159 counties have provided to the state the total votes tabulated for each state and federal candidate,” Raffensperger’s office said in a news release.

Warnock and Ossoff faced off against Republican Sen. Kelly Loeffler and former GOP Sen. David Perdue during a Jan. 5 runoff election that was triggered because neither candidate received a majority of the vote during the general election. Before the runoff, President Trump alleged election fraud during the general election but still held rallies in the predominantly red state to shore up support for the incumbent Republicans.

Once they are sworn into office, the Senate will be split 50-50 between Republicans and Democrats, with Vice President-elect Kamala Harris as the tiebreaking vote. She is expected to swear Warnock and Ossoff in on Wednesday as one of her first acts as vice president.