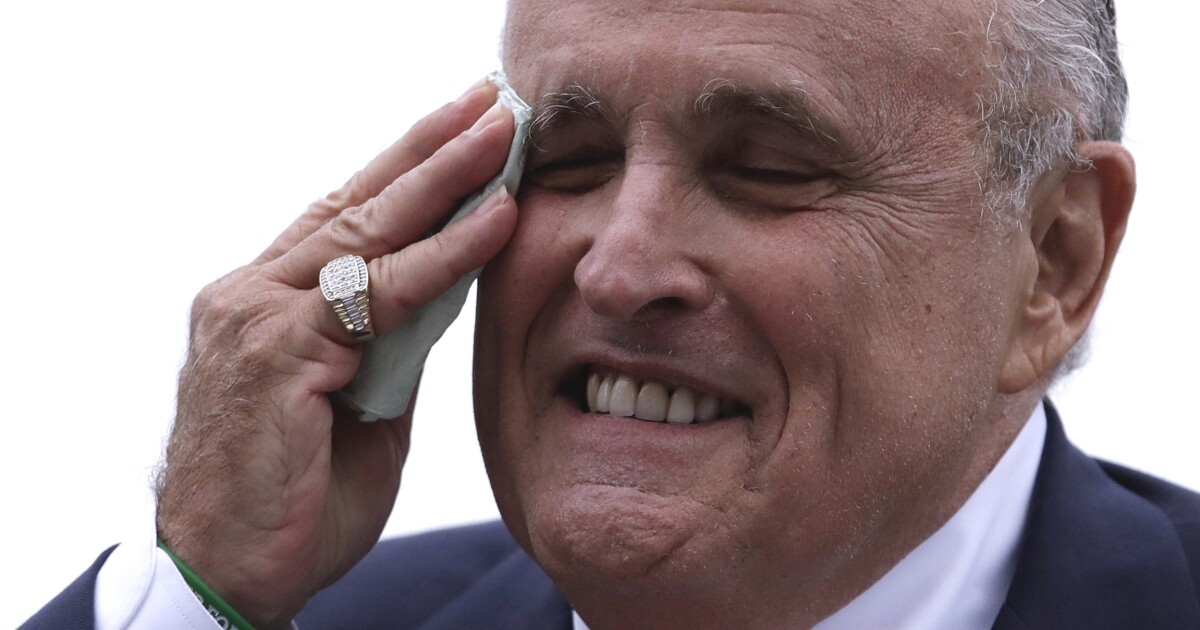 Former President Donald Trump’s personal attorney, Rudy Giuliani, is still a “friend and ally” but is no longer representing Trump, according to an adviser.

Jason Miller, a top adviser to the former president, told CNN on Tuesday that Giuliani, who unsuccessfully led Trump’s efforts to overturn President Biden’s win, is “not currently representing President Trump in any legal matters.”

After the report was released, Miller qualified the statement in a tweet noting that the two men are still on friendly terms.

“Simply that there are no pending cases where Mayor Giuliani is representing the President. The Mayor remains an ally and a friend,” Miller said. Giuliani retweeted the missive from his verified account.

Simply that there are no pending cases where Mayor Giuliani is representing the President. The Mayor remains an ally and a friend. https://t.co/oV58sap9yO

Trump hired Giuliani in 2018 to contend with the Russia investigation being conducted by special counsel Robert Mueller. He stayed on through the Ukraine impeachment, which ended in Senate acquittal, and more recently, Giuliani led the charge with 2020 election lawsuits that were rejected by the courts.

In his post-election remarks, he publicly railed against Dominion Voting Systems and Smartmatic, pushing claims that the voting machine companies' technology was used to rig the election for Biden. Dominion is suing him for $1.3 billion, and Smartmatic is seeking $2.7 billion for defamation and disparagement.

Rep. Bennie Thompson of Mississippi, a Democrat who leads the House Homeland Security Committee, filed a lawsuit this week in the District Court for the District of Columbia that alleges Trump and Giuliani worked with the Proud Boys and Oath Keepers to target Congress during the Jan. 6 siege.

Trump has kept a low profile since being banned from Twitter and leaving the White House, but on Tuesday, he released a blistering attack against Senate Minority Leader Mitch McConnell that labeled him “a dour, sullen, and unsmiling political hack.”