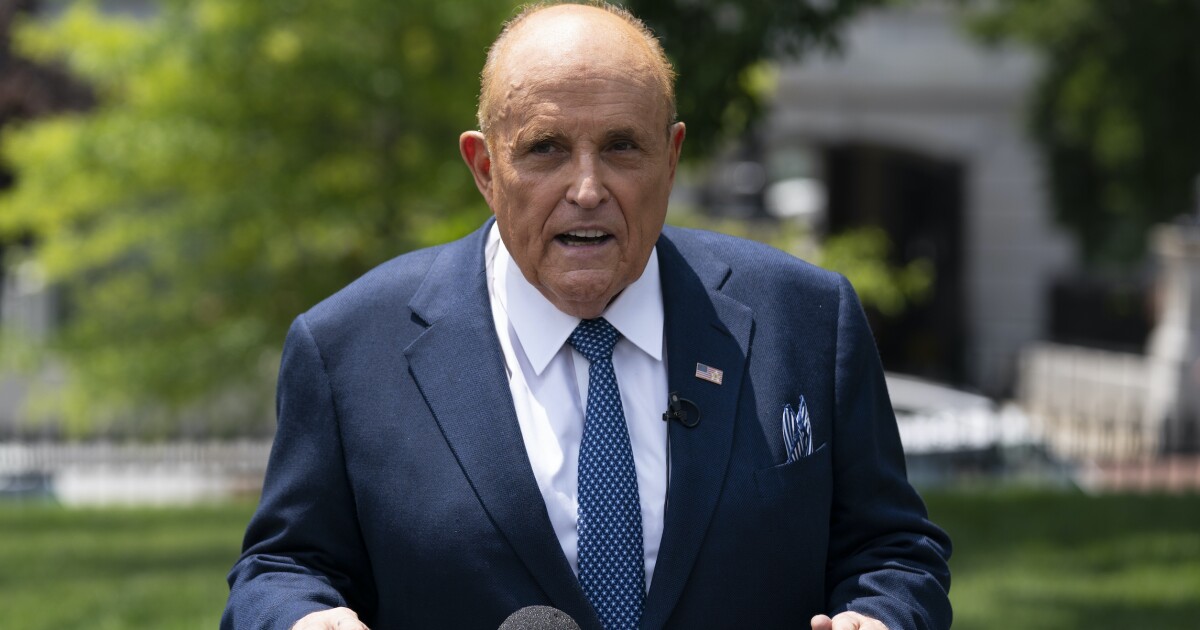 The president’s personal attorney was at a Williamsport, Pennsylvania, court hearing on Tuesday to represent the Trump campaign in a lawsuit to stop the Keystone State’s election certification process. The thrust of the lawsuit has morphed over time, but it contends that Democratic-leaning counties in Pennsylvania wrongfully allowed voters to “cure” absentee ballots with deficiencies, while some Republican counties didn’t count ballots that were deficient.

The hearing, which was presided over by U.S. District Judge Matthew Brann of the Middle District of Pennsylvania, began with Giuliani delivering opening remarks that sought to portray allegations of voting irregularities in the Keystone State as falling under a broader umbrella that included “widespread nationwide voter fraud.”

“This is not an isolated case,” the former New York mayor told the court, also adding that he believes Philadelphia and Pittsburgh, two locales targeted in the lawsuit, are being run by “Democratic machines.”

Some panned Giuliani’s performance as a flub-ridden experience.

At one point, Brann asked the rusty former federal prosecutor what standard of review he should apply to the case. “I think the normal one,” Giuliani replied.

“Maybe I don’t understand what you mean by strict scrutiny,” Trump’s lawyer said at another point during the lengthy hearing, according to the Washington Post.

He referred to the opposition as the “Bush campaign.”

Giuliani, who reportedly fiddled with his Twitter account during the hearing, also struggled with what the word “opacity” meant, and Brann enlightened him, according to the Associated Press.

The event was marred by technical difficulties. Thousands of people attempted to call into the audio conference hearing, although the limit was capped at 4,000 attendees. The audio for several listeners, including the Washington Examiner, began to cut out during the early part of the hearing, and the judge later paused the proceedings in order to reestablish connection.

Giuliani’s last-minute entrance into the case came after Porter Wright Morris & Arthur withdrew from representing the campaign on Friday and after other lawyers withdrew on Monday.

Near the close of the hearing, Brann gave some “off-the-record” restaurant recommendations to the lawyers, who were atypically located in a 28,000-person city. He noted that the city's dining picks are “better than usual.”