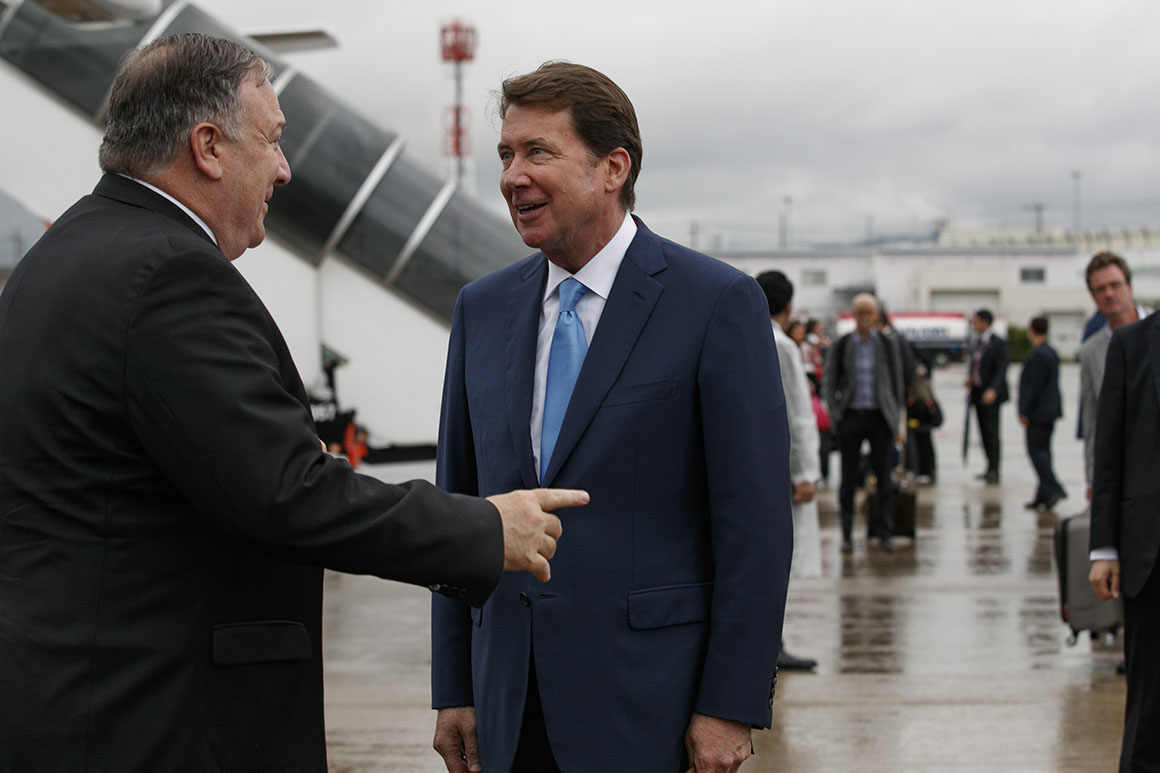 John Rader, a native of Cookeville, Tenn., will be Hagerty’s chief of staff and was most recently deputy assistant to the president for strategic initiatives at the White House and also previously served on the National Security Council, working on policy and strategy. The new job is a return to Capitol Hill for Rader, who once was counsel on the Senate Foreign Relations Committee.

Hagerty also looked to former Trump officials to fill out his policy team, hiring Robert Zarate, who was on the policy planning staff at the State Department and previously worked for Sen. Marco Rubio (R-Fla.), to be his national security adviser; Jonathan Greenstein, a deputy assistant secretary of the Treasury Department and a former Goldman Sachs employee, to be senior policy adviser; and Kevin Kim, who was previously a senior adviser to the Special Presidential Envoy for Arms Control, to be his national security fellow.

Retired U.S. Army colonel Joel Rayburn, the former U.S. Special Envoy for Syria at State and former senior director for Iran, Iraq, Syria, and Lebanon on the NSC, will hold the unusual Capitol Hill title of “Special Advisor for Middle East Affairs.” Hagerty also hired Adam Telle, who most recently headed up the Senate team of the White House Office of Legislative Affairs, to be his chief adviser.

“Not only does the team I have assembled in my Washington office augment the strong on-the-ground state organization announced this month, they also bring a wide array of experiences and qualifications that will serve our state and the country well,” Hagerty said in a statement.

Republican Capitol Hill offices have hired a number of former Trump officials, both from the White House and various agencies, but Hagerty’s hiring of 13 former Trump staffers goes above and beyond what other GOP lawmakers have done.

“Senator Hagerty ran on and told the people of Tennessee to send him to Washington to build on the successes of President Trump, and there is no better way to do that than by hiring the best from the outgoing administration,” Deere said in a statement, responding to questions on why so many Trump officials had been hired. “The Senator also wanted to hire the most talented people in their respective fields, and he is fortunate that these individuals with decades of combined experience — particularly on issues related to foreign policy and the economy, top priorities for Hagerty — were excited to join his staff and serve the American people.”