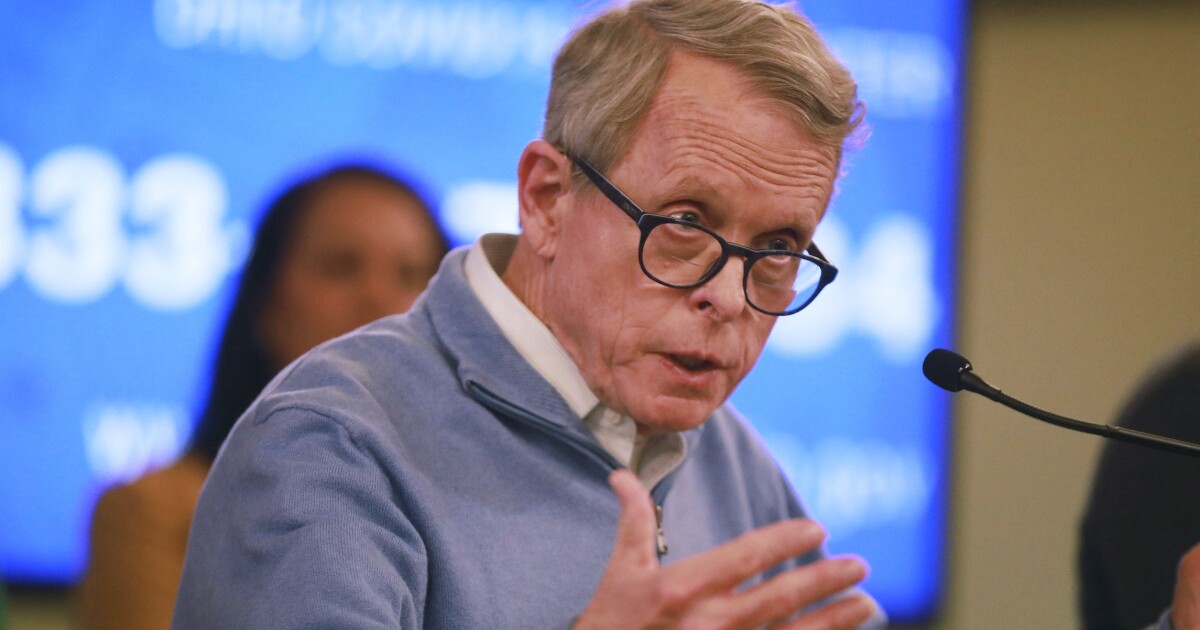 Ohio Gov. Mike DeWine on Tuesday placed Ohioans under a curfew, beginning Thursday, for 21 days in what he said is an effort to stop the rising spread of COVID-19.

DeWine, at his traditional bi-weekly news conference, made it a point to say he has no plans to shut down businesses or issue another stay-at-home order, but said the curfew will help bridge the gap between now and when a vaccine may be available.

There are exceptions to the curfew, according to DeWine. It does not apply to people going to or from work, getting groceries or a carryout meal, going to the hospital or in an emergency situation. Drive-thru and delivery retail business will be allowed to continue after 10 p.m.

DeWine said grocery stores and pharmacies will not be forced to close.

“We want people not to be out, but there are exceptions,” DeWine said. “We are going to try this for three weeks. We think we can accomplish a lot more with this rather than closing one or two business sectors.”

At the news conference, DeWine said retail establishments must close at 10 p.m. nightly, but offered little insight on enforcement. He did say violations are misdemeanors, punishable by up to a $750 fine.

“We do not expect law enforcement to go pull people over because they are out beyond 10 p.m.,” DeWine said. “We are not looking for a heavy hand here. We don’t want to put law enforcement in a tough position.”

Legislation before the Ohio Senate currently would stop any stay-at-home orders, and the Senate leadership is not prepared to pull those back.

“The Senate worked hard to make sure that there would not be a targeted shutdown of certain businesses,” John Fortney, press secretary for the Ohio Senate Majority Caucus, said. “There are a number of bills pending in the legislature, including SB 311, that would prohibit stay-at-home orders, and we are prepared to move forward as necessary.”

Currently, restaurants and bars are prohibited from selling alcohol after 10 p.m. and must close at 11 pa.m. The Ohio State Patrol has issued citations over the past few months to establishments violating the order.

John Barker, president and CEO of the Ohio Restaurant Association, said the state’s restaurants and bars support the curfew, rather than the alternative of shutting businesses down for a second time.

“We are all committed. We are going to do our part,” Barker said. “We know there is tremendous pressure on the medical system. We think it’s the right step at the right time. It’s going to allow Ohioans to do their part. We believe the curfew is the best choice to slow things down right now.”

At the same time, DeWine called on Ohioans to do something daily that reduces contact with at least one person, giving examples such as watching The Ohio State University football games at home, rather than with friends, or wearing a mask to church.

“We are all in this together. What each one of us does will make a difference,” DeWine said. “We don’t have to cut these contacts down like we did in the spring, but if we cut contacts by 25% and you couple that by what we didn’t know in the spring about wearing masks, it will go a long way toward making a difference.”

In the past month, DeWine said COVID-19 hospitalizations tripled from 1,000 to 3,000. All 88 counties in Ohio are considered high-incident, and all are at least double the rate established by the Centers for Disease Control. The rising number of cases is far outdistancing the rising rate of testing.

“We have some people who think the increase in testing is causing the increase in cases. Yes, a little bit of it, but the number of cases is growing much more,” DeWine said.

‘If You Identify as a Christian…’