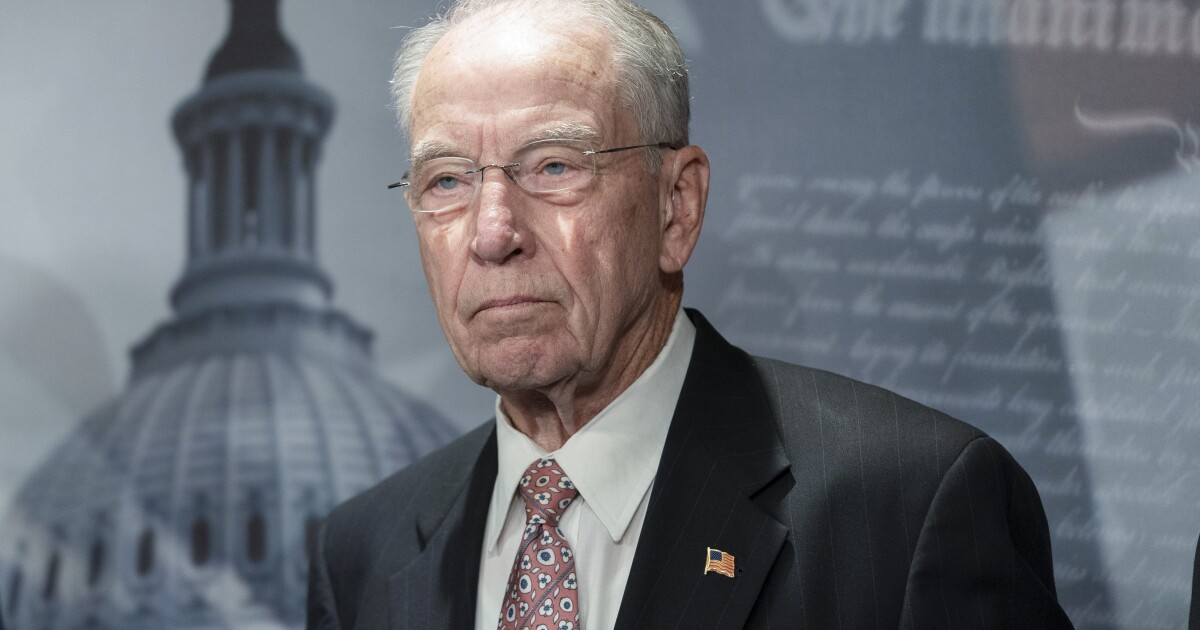 The top Republican on the Senate Judiciary Committee plans to blast Attorney General Merrick Garland over his controversial school boards memo and will critique him over his handling of the Hunter Biden investigation .

“In less than a year the Department has moved as far left as it can go,” Sen. Chuck Grassley of Iowa will say Wednesday. “You’ve politicized the Department in ways it shouldn’t be.”

Garland revealed last week the Justice Department and White House communicated about the National School Boards Association letter likening protesting parents to domestic terrorists before Garland issued his memo , and NSBA emails showed it was in touch with the White House about its letter before publishing. NSBA withdrew the letter last week and apologized.

“You’ve created a Task Force that includes the Department’s Criminal Division and National Security Division to be potentially weaponized against parents,” Grassley plans to say. “The last thing the Justice Department and FBI need is a vague memo to unleash their power — especially when they’ve shown zero interest in holding their own accountable.”

Grassley will point to the Biden DOJ reversing the firing of former FBI deputy director Andrew McCabe, among other controversies involving the agency .

The Iowa Republican plans to call on Garland to refocus his priorities on threats like MS-13, the southern boarder, on the vetting of Afghan refugees.

Grassley will also say that “I’ve also asked for information relating to Chinese nationals linked to the communist Chinese regime that are connected to the Biden family,” pointing specifically to Patrick Ho, whom Hunter Biden agreed to help represent in the past. The Justice Department revealed in court filings that it sought Foreign Intelligence Surveillance Act information on Ho, but Grassley says Garland stonewalled him when the attorney general wrote that “we are not in a position to confirm the existence of the information that is sought, if it exists in the Department’s possession.”

Biden’s son has reportedly been under criminal investigation stretching as far back as 2018 as federal authorities scrutinize his taxes and potentially his foreign business dealings, and the 51-year-old's financial transactions with China might be at the forefront.

The Republican plans to press Garland on the role played by Nicholas McQuaid, who worked with Hunter Biden lawyer Christopher Clark just before he was picked to serve as the Biden DOJ’s then-acting assistant attorney general for DOJ’s Criminal Division. Grassley will say, “You refuse to confirm whether Mr. McQuaid is recused from the Hunter Biden case.”