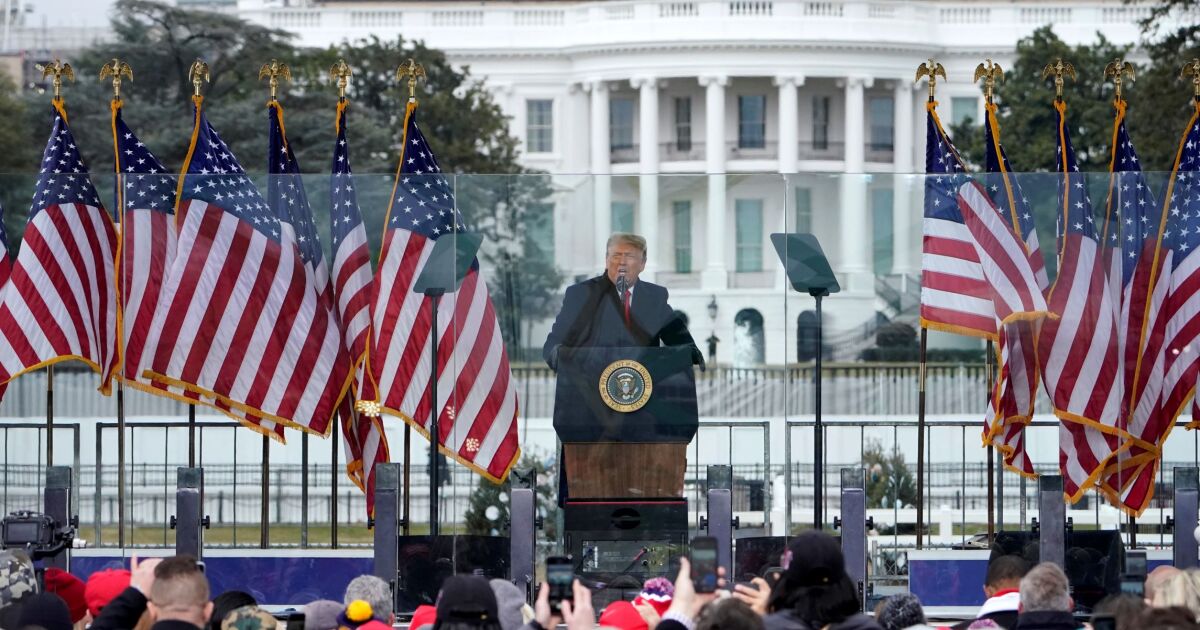 A group of Republicans on Capitol Hill introduced a resolution calling on President Trump to be censured for violating his oath of office and “attempting to unlawfully overturn the 2020 presidential election.”

The legislation was co-sponsored by GOP Reps. Brian Fitzpatrick of Pennsylvania and Tom Reed of New York, according to a Tuesday evening news release. The congressmen were joined by other Republican lawmakers in introducing the resolution, which seeks to punish Trump for the events of last week while not going as far as impeaching him as Democrats, and some Republicans, wish to do.

“In the aftermath of the riot at the Capitol last week, lawmakers have the solemn duty to accomplish two missions: hold the President fully and unequivocally accountable for his actions, and simultaneously calm and heal the fever-pitch tensions in our country,” the news release read.

“Moreover, both Democrat and Republican Members of the U.S. Senate are convinced that the House’s impeachment efforts will almost certainly result in a second acquittal of President Trump, which would even further divide and inflame tensions in our nation,” it continued.

The lawmakers said that the censure resolution, with language “nearly identical” to that of the impeachment resolution from House Democrats, “is the only immediate, appropriate, and effective means” to hold Trump accountable. The resolution specifically states that Trump “acted in a manner grossly incompatible with self-governance and the rule of law.”

Fitzpatrick said in a statement that Trump’s efforts to cast doubt on the winner of the Nov. 3 election were “unconscionable.”

“Joe Biden will be sworn in as President of the United States on January 20th, 2021,” the lawmaker said. “President Trump’s actions, behavior, and language are unacceptable and unbecoming of the office he holds for the next eight days.”

Reed said introducing a censure resolution is “an important step to hold the President accountable” and that “Congress must make clear that it rejects extremism and condemns the President’s actions.”

Other Republicans supporting the move include Reps. Young Kim of California, Fred Upton of Michigan, John Curtis of Utah, and Peter Meijer of Michigan.

Vice President Mike Pence paved the way for Trump’s impeachment on Tuesday night, when he announced that he would not be invoking the 25th Amendment to remove him from office.