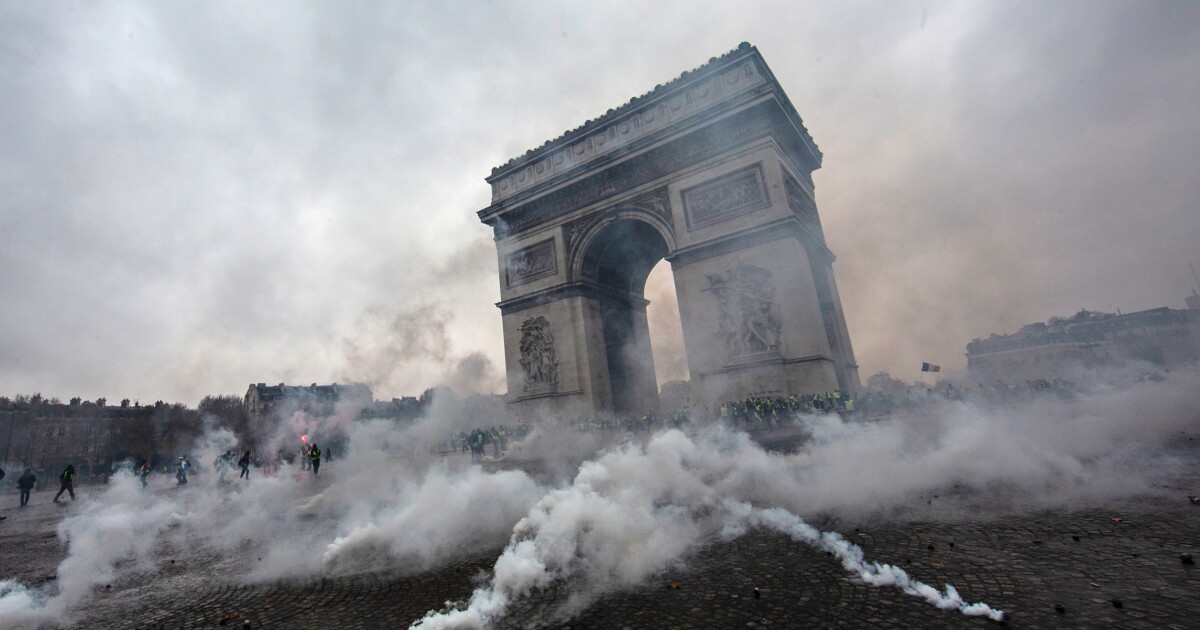 For a moment a few years ago, it seemed that an international movement of racists was emerging to threaten liberalism, as white nationalists in the United States allied with “Identitarians” in Europe. The far-right French writer Guillaume Faye, who died last year, was one of the main figures in this drama, and his ideas were the subject of worried analyses in venues of mainstream American opinion. After the 2017 “Unite the Right” rally in Charlottesville, Virginia, commentators such as Thomas Chatterton Williams cited the influence of Faye on white supremacists in the U.S., arguing that the attendees' “rhetoric had been imported from France, like some dusty wine.”

Since then, the media has found other threats. Even “white supremacy” now appears to liberal commentators as an omnipresent legacy of our history rather than the ideology of a militant minority. With the “alt-right” now only a memory, it might seem pointless to reflect on Faye’s influence. But his writings reveal why appeals to white identity still resonate in France — and why, for some, a “racial civil war” is not a nightmare but a hope.

Born in 1949, Faye came to public attention in France first as a partner and then as a critic of Alain de Benoist, the leader of the French “New Right.” Emerging in the late 1960s, the New Right preserved some elements of fascist ideology while “modernizing” others. Its members translated anti-liberal thinkers such as Carl Schmitt, but they also accepted the appearance of new immigrant minorities in Europe and adopted Marxist critiques of capitalism. De Benoist, for instance, argued that because the U.S. posed a threat to traditional cultures around the world, Europe's far-right had to ally with non-European immigrants in a “common struggle” against American hegemony.

De Benoist’s approach, which drew on leftist anti-capitalism and multiculturalism, won the New Right cachet in some corners of the American Left, such as the journal Telos, but it failed to convince the French public. Meanwhile, as some of the New Right’s members began to support the National Front, the far-right nationalist party led by Jean-Marie Le Pen, de Benoist held back. He considered the National Front’s focus on mass politics and hostility to immigrants to be incompatible with his elitism and multiculturalism.

After leaving the New Right for several years of anonymous work as a radio DJ and pornographer, Faye attacked his former ally de Benoist in a series of books, of which the most notable is Why We Fight (2001). Faye argued that the New Right was pursuing a counterproductive “metapolitical” strategy, trying to insert its ideas and acolytes into elite networks through the influence of think tanks and small magazines. Likewise, it had been wrong to see the U.S., not immigration from Islamic countries, as the chief danger facing France.

In both cases, Faye argued, de Benoist had not been a serious student of anti-liberal political theory. From Vladimir Lenin, he should have learned that power is won not through the whispering of subversive ideas but through the formation of an organized “vanguard.” From Schmitt, he should have learned that one does not choose an “enemy” against whom to define oneself. Rather, “the enemy is the one who declares himself your enemy.” And Europe’s enemy, Faye argued, is not the cultural influence of the U.S. but the existential menace of Islam.

Islam, Faye argued, should be understood not as a system of belief but rather as an expression of the will to power of a biological and social group, a “race,” opposed to Europeans. By accepting the label of “racist,” Faye was able to link what sociologist Emmanuel Todd identifies as the two sources of French opposition to Muslim immigration. The first, which is the basis of the electoral power of the National Front (now the National Gathering), is the “Arabophobia” of the working class, which resents immigrants for their criminality and their receipt of generous welfare benefits from the state. The second is the “Islamophobia” of French intellectuals — their fear of Muslims’ increasing hostility to French liberal norms of secularism, free speech, and rights for women and sexual minorities.

These attitudes are kept separate by French officials and thinkers who dread being seen, or prosecuted under France’s restrictive hate speech laws, as racist. French President Emmanuel Macron’s government, for example, keeps its newly muscular secularism at arm’s length from populist anti-immigrant sentiment. So do intellectuals, even those with sulfurous reputations, such as the novelist Michel Houellebecq, who quipped in 2017 that he was “too rich” to vote for the National Front.

Behind Houellebecq’s seemingly flippant remark was an important point: There is a sociological chasm between elites like himself, who wallow in a self-consciously decadent declinism, and the beer-drinking proles who complain about their Arab neighbors. Faye’s racism, based on a pan-European white identity, offered a bridge between the two. He argued that the increasingly frequent everyday acts of what the French call “insecurite” (insults, theft, violence) committed by Arab and African Muslims were part of the same problem as Islamist terrorism. Both, he insisted, are forms of anti-white racial aggression. They cannot be addressed through appeals to the supposedly universal values of the French republic nor through the solutions offered by quietist members of the far-right such as de Benoist.

In his final book, Racial Civil War (2019), Faye attacked Pierre Manent, one of France’s leading conservative Catholic thinkers, for following in de Benoist’s footsteps. In a book translated into English as Beyond Radical Secularism, Manent had responded to the Charlie Hebdo attacks by calling on the French government to abandon its hopes of assimilating Muslims and instead to accept their “form of life” as a permanent feature of a multicultural and post-secular France.

Faye countered that if the French state is too weak to assimilate Muslim immigrants, it is also too weak to negotiate with them. He warned that a constant, low-level “racial civil war” is already being waged in France, sapping the government of its authority. In Faye’s analysis, either a vanguard of French racial nationalists will begin to fight on their own terms sometime within the next few decades, or it will be “too late,” and the Muslims will win. This kind of analysis is rarely aired in French media, not least because of the censorship it could incur. But in private conversations, one can hear scholars, journalists, and politicians express the same perspective, hoping that a civil war comes sooner rather than later, while it can still be won.

Macron’s agenda is to avert such a crisis by mobilizing a widespread sense on the Right and with centrists that the murder of Samuel Paty exposed a need to bring France’s Muslim communities in line with “republican values.” But some of the country’s most lucid public commentators blur the distinction between energetic measures to “integrate” French Muslims and the civil war such measures are intended to prevent. In a 2017 report on the difficulties of controlling the religious and cultural institutions that serve as legal fronts for terrorism, the political theorist Alexis Carre argued that France already finds itself in a state of “insurrectional war,” which the government must fight with the methods of counterinsurgency. If Carre is right, then both Faye’s provocations and mainstream intellectuals’ careful distinctions between his views and their own may be rendered moot, as “counterinsurgency,” a concept developed in France’s colonial wars, comes home.

Blake Smith is a Harper Schmidt fellow at the University of Chicago, where he works on cultural ties between France and India.