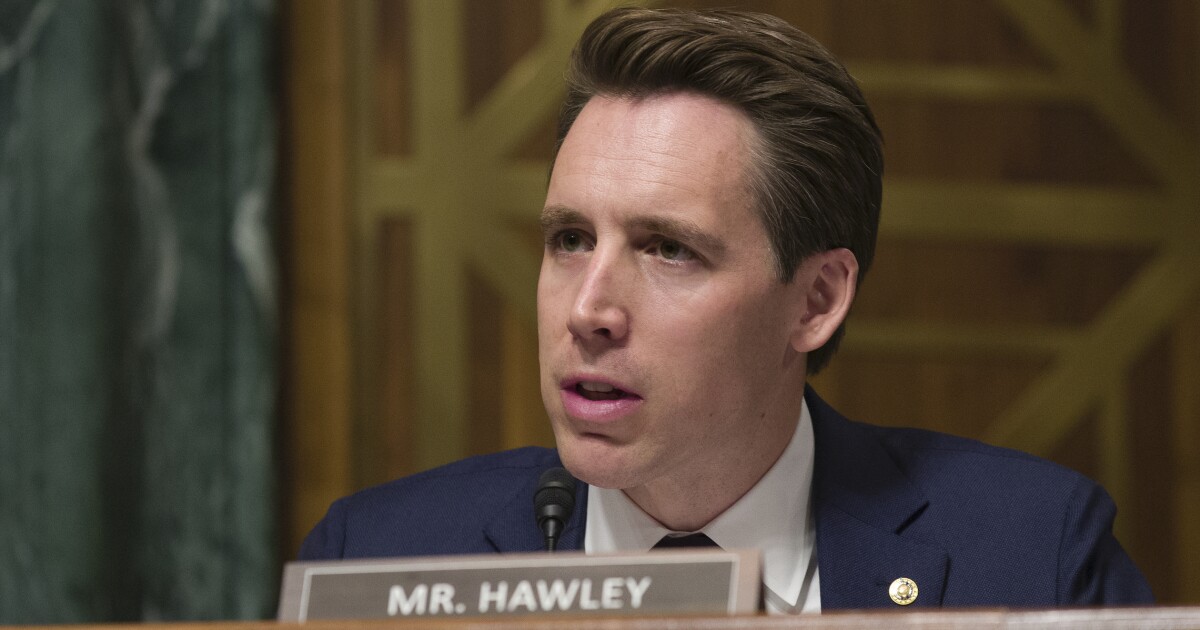 Missouri U.S. Sen. Josh Hawley has introduced a bill that would require more than 50% of the value of a product to be produced in the U.S. for it to be sold in the U.S. by 2025.

Instituting a local content requirement on manufactured goods is among provisions in Hawley’s proposed Make in America to Sell in America Act , which he says will boost U.S. manufacturing and secure the nation’s supply chains – a need illustrated by “Joe Biden’s supply chain crisis.”

“Shelves are empty. Prices are rising and the trade deficit is at a record high,” he said on FOX Business last week. “Now is the time for a bold, new economic agenda that will restore the American heartland and put American workers before corporate profits We cannot let this moment pass and return to Washington's failed economic consensus.”

The proposed bill would end an era of “dangerous over-reliance on foreign factories,” Hawley said.

“Joe Biden’s supply chain crisis is getting worse with every passing day, straining the finances of working Americans who have already been forced to endure so much over the past year and a half. Biden's policies have given us empty shelves and rising prices across the country,” he said. “It’s past time for the U.S. to end its crippling dependency on foreign manufacturing in countries like China and ensure that we actually produce the goods we need here at home.”

The proposed package would allow domestic manufacturers to petition the International Trade Commission and DOC for enforcement actions against importers that fail to meet the 50%-plus standard.

“We request that you stop the litany of harmful regulatory actions that are driving up energy costs and to stop attacking the American businesses with vaccine mandates, taxation and government handouts that are dis-incentivizing work,” Graves wrote in the letter.

The 160 GOP representatives ask Biden to “call on your Congressional allies to halt discussions on a budget reconciliation bill that aims to reshape the social fabric of this country and instead work on real infrastructure solutions that focus on moving goods and people safely and efficiently throughout our great country and around the world.”

“Multiple factors have contributed to the nation’s supply chain crisis, but one factor that is being overlooked is how the collection of harmful policies being pushed by the President and his party is making matters worse – not better,” Graves in a news release “Policies that encourage unemployment and worker shortages, multi-trillion-dollar spending sprees that lead to an inflationary tax increase on Americans, new regulations and prohibitions that drive up the cost of everything including energy, focusing infrastructure programs on socialist ideals rather than actual solutions to infrastructure problems – all of these policies are causing further breakdowns in the supply chain.”