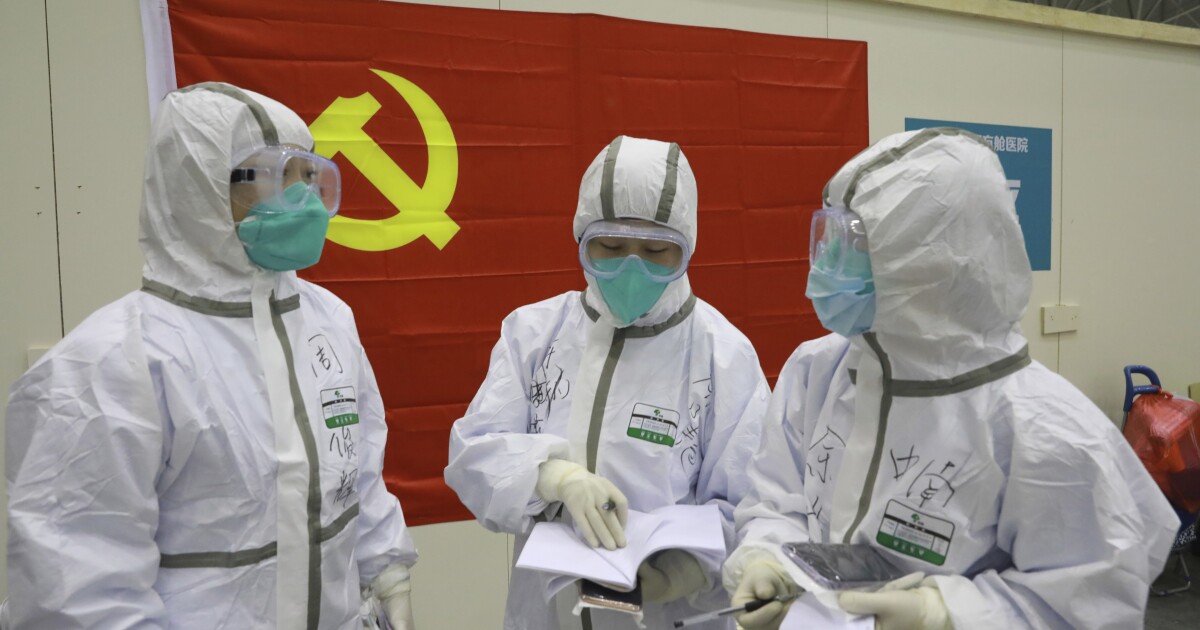 The top watchdog for the Department of Health and Human Services has launched an investigation into the National Institutes of Health’s research funding following calls from Republicans to scrutinize funds ending up at the Wuhan Institute of Virology.

The NIH’s RePORTER website said the agency has provided $15.2 million to the EcoHealth Alliance over the years, with $3.74 million provided toward understanding bat coronavirus emergence, and Peter Daszak, the leader of EcoHealth and a key member of the World Health Organization-China joint study team, maintained a long collaborative relationship with Wuhan lab “bat lady” Shi Zhengli, steering at least $600,000 in NIH funding to that lab for bat coronavirus research.

The HHS inspector general’s office, led by principal deputy inspector general Christi Grimm, announced a review into whether the NIH and the groups it has been funding have been following the law, noting the NIH is the main federal agency conducting and supporting medical research and that it funds “grants, cooperative agreements, and contracts that support the advancement of fundamental knowledge about the nature and behavior of living systems.” The HHS watchdog said that “approximately 80 percent of NIH funding goes to support research grants, including grants and subawards to support research conducted outside the United States” and that the inspector general’s office “has previously identified NIH's oversight of grants to foreign applicants as a potential risk to the Department meeting program goals and the appropriate use of federal funds.”

“NIH must manage and administer federal awards to ensure that federal funding is expended and associated programs are implemented in full accordance with statutory and public policy requirements. To do so, NIH must monitor grantee performance and grantee use of NIH funds. Grantees are responsible for complying with all requirements of the federal award, including maintaining effective internal controls over the federal award,” the HHS watchdog said. “Grantees that function as pass-through entities must monitor the activities of subrecipients, including foreign subrecipients, to ensure that subawards are used for authorized purposes in compliance with relevant laws and the terms and conditions of the subaward. We will review NIH's monitoring of selected grants, and grantee use and management of NIH grant funds in accordance with federal requirements.”

The HHS report is expected to be released next year.

Dr. Anthony Fauci, the head of the National Institute of Allergy and Infectious Diseases, and NIH Director Dr. Francis Collins are adamant in insisting the NIH did not fund gain-of-function research at the Wuhan lab, but they also admit they don’t actually know what the secretive Chinese lab has been up to.

HHS watchdog communications director Tesia Williams told the Washington Examiner that “the potential lack of compliance and potential lack of oversight of NIH grant funds is an issue we have been monitoring for some time” and “we consider it a high-priority matter that needs attention, therefore, we decided to conduct an audit.”

Williams also said, “This review focuses on how NIH monitored selected grants and how the grantees and subgrantees used and managed federal funds, in accordance with federal requirements, between years 2014 through 2021” but said, “We generally don’t provide details about our audits until we publish the final report” when asked whether its review will specifically include a review of EcoHealth’s grants or the subawards to the Wuhan lab.

The Trump and Biden administrations cast doubt on the joint study by Chinese government-linked scientists and international scientists organized under the auspices of the WHO that was conducted early this year. The WHO-China report said a lab leak was “extremely unlikely” and that a jump from animals to animals to humans was most likely.

Sen. Joni Ernst, an Iowa Republican, sent a letter to the HHS watchdog in March, arguing “the Stevens Amendment guarantees that hard working taxpayers can see how their dollars are being spent and decide for themselves whether or not the price is right” and that “a review of EcoHealth Alliance’s press releases and published studies over the past several years demonstrates a total disregard for the Stevens Amendment requirements” and called for an inspector general investigation.

Last month, the Senate passed an amendment from Sen. Rand Paul, a Kentucky Republican, prohibiting the NIH and other federal agencies from funding gain-of-function research in China and passed another by Ernst prohibiting U.S. federal funding from going to the Wuhan lab. Ernst introduced a bill this week that would “cut off all funding to any organization — like EcoHealth — that refuses to provide information about a project or fails to obey federal laws.”

The NIH has said the grant to EcoHealth was “terminated” on April 24, 2020, but “reinstated” on July 8, 2020. Shi told Nature magazine in August that the NIH’s actions were “outrageous,” and Daszak said it was “extremely frustrating.”

Fauci announced in August the awarding of $17 million in grants for a “global network” to investigate “how and where viruses and other pathogens emerge from wildlife and spillover to cause disease in people.” One out of the 11 “principal investigator” grantees was Daszak. EcoHealth said in August that it had received $7.5 million over five years from the NIAID.

After a pause in 2014, HHS announced the Potential Pandemic Pathogen Care and Oversight Framework in 2017, which was ostensibly set up to review any grants that might involve gain-of-function research. But the 2019 renewal of EcoHealth grants was not subjected to the P3CO review.

Richard Ebright, a professor of chemistry and chemical biology at Rutgers University, told the Washington Examiner in May “the Wuhan lab used NIH funding to construct novel chimeric SARS-related coronavirus with the ability to infect human cells and laboratory animals” and that “the research was — unequivocally — gain of function research.”

Senate Republicans are urging the leaders of HHS and the NIH to hand over records related to the origins of COVID-19 and the Wuhan lab following recent revelations within emails from Fauci indicating he worked behind the scenes to promote the natural origins hypothesis.

The U.S. intelligence community said at least one of its 18 agencies is leaning toward the lab leak hypothesis, and President Joe Biden ordered all of the spy agencies to “redouble” their investigative efforts last month.