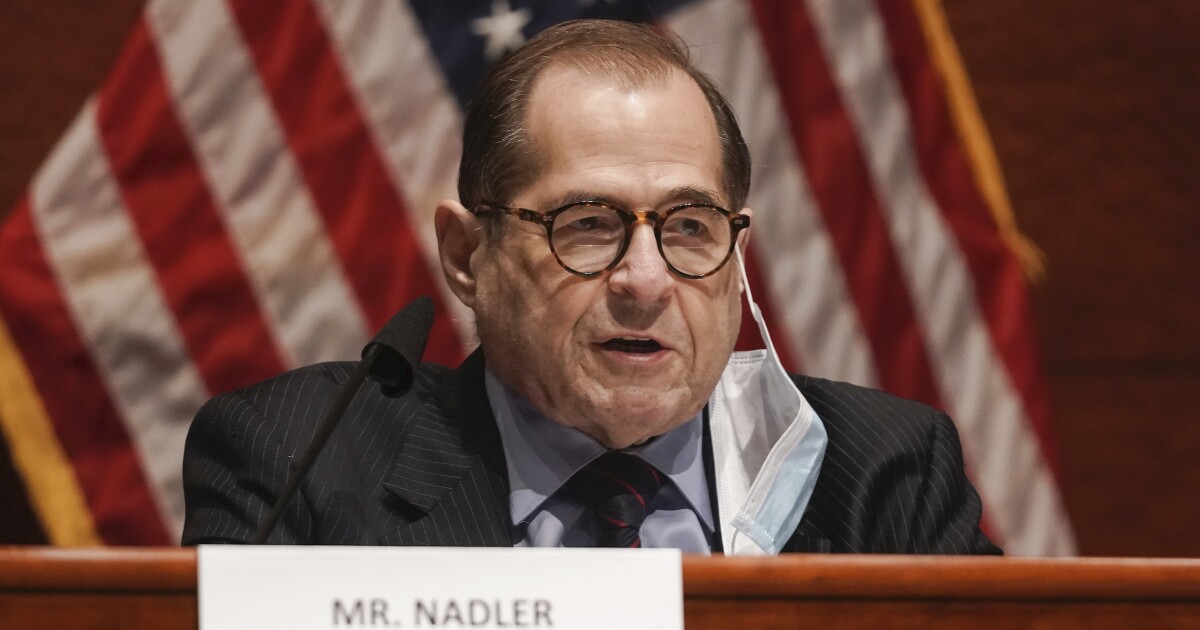 “The Committee maintains a right to and need for McGahn’s testimony. The Committee, whose Chairman will not change in the next Congress, will reissue the subpoena, consistent with House Rules and precedent. This case will thus continue, and nothing about the end of this Congress will prevent this Court from resolving it,” Democratic lawyer Douglas Letter told the U.S. Court of Appeals for the District of Columbia in a 66-page brief filed on Wednesday night, adding that “this Court has already held that the House has Article I authority to obtain information in service of its legislative function” and criticizing “the Trump Administration’s attempt to hamstring that power.”

The full federal appeals court revived the House Democratic effort in October, extending the legal fight beyond the November election. Nadler sent a brief letter to the rest of the committee members on Wednesday to explain why he believes hearing from the former top White House lawyer is important.

“This Committee has a duty to oversee the Department of Justice and the Federal Bureau of Investigations [sic]. Numerous questions and concerns remain unanswered regarding the President’s apparent interference with the acidities and operations of these agencies. Mr. McGahn’s testimony remains essential in the 17th Congress to inform the Committee’s understanding of these important issues so that it may properly consider legislative responses and other proposals to restore historical normal going forward,” the New York Democrat said, adding that “pursuant to an anticipated delegation of authority from the House, I expect to promptly reissue the Committee subpoena to Mr. McGahn to ensure this Committee’s litigation and corresponding legislative and oversight efforts continue uninterrupted.”

Rep. Jim Jordan, the top Republican on the committee, blasted Nadler’s decision, saying the consideration of a subpoena should only happen after the new Congress is seated.

“We are disappointed that you failed to consult with Republicans on this subpoena as you promised. We are also disappointed that you are continuing to misuse limited Committee resources on your fanatical obsession with attacking President Donald Trump. On behalf of the Republican Members of the Committee, I write to object to this subpoena and request an in-person business meeting on this matter in the 117th Congress,” the Ohio Republican wrote, adding that “the Committee’s membership will be different next year and our new Members should be allowed to evaluate the wisdom of this subpoena and your broader litigation goals and strategy In addition, some returning Democrat Members may reconsider their prior support for this subpoena after the American people clearly rejected House Democrats’ radical and misguided priorities last month.”

The Justice Department’s response with the appeals court is due by Jan. 11, and oral argument is scheduled for Feb. 23.

“DOJ responds with a hodge-podge of purported separation-of-powers concerns. But the separation of powers is safeguarded, not undermined, by keeping the courts open to enjoin unlawful action by the Executive,” House Democrats told the court on Wednesday, claiming that “DOJ’s immunity theory conflicts with precedent of the Supreme Court and this Court and cannot be reconciled with the long history of Congressional testimony by Presidents and their close aides.”

The now-reversed ruling in August by a three-judge panel had been a win for the Trump administration, and the White House blocked him from testifying by citing “absolute immunity” from congressional subpoenas. Depending on how the February hearing goes, McGahn may be forced to testify after all.

The original McGahn subpoena came before the Ukraine-related impeachment investigation into Trump, but Democrats said they saw testimony from the former White House counsel as essential to the process despite the articles of impeachment centering around events that took place after McGahn left the White House.

McGahn, who served as counsel from Trump's inauguration through his resignation in October 2018, is mentioned 71 times in Mueller’s 448-page report. Mueller concluded that the Russians interfered “in sweeping and systematic fashion” during the 2016 presidential election, but he “did not establish” any criminal conspiracy between the Kremlin and the Trump campaign.

Democrats sued McGahn in August 2019, claiming to need his testimony on Mueller's inquiry, particularly the 10 instances of possible obstruction of justice that Mueller outlined in his report. Attorney General William Barr and then-Deputy Attorney General Rod Rosenstein concluded justice had not been obstructed.

When Mueller's office asked McGahn about allegations that Trump had pressured him to fire the special counsel, “McGahn responded that he would not refute the press accounts because they were accurate in reporting on the President's effort to have the Special Counsel removed,” according to Mueller's report.

In November 2019, U.S. District Judge Ketanji Brown Jackson ruled in favor of the Democrats, although that was quickly appealed to the circuit court, where the legal battle remains ongoing.