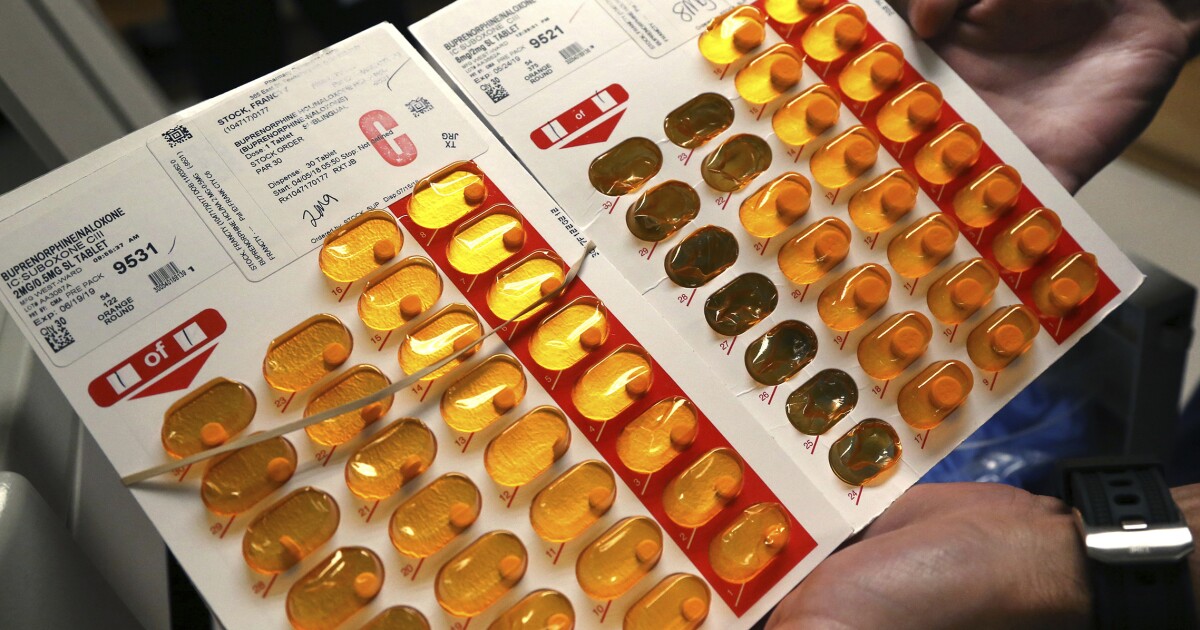 The COVID-19 pandemic has exacerbated the opioid pandemic and calls are growing to remove red tape and make a popular treatment more widely available.

One of the final pieces of guidance to be released from the Trump Administration’s Department for Health and Human Services was a change to its guidelines for treating opioid addiction that would have allowed nearly any doctor to prescribe the widely-used drug buprenorphine for people suffering from opioid addiction.

Doctors currently have to take an 8-hour class to receive what’s commonly known as an “X-waiver.” After the training, it can take months for a prescriber to be officially granted the waiver. An HHS report found that 40% of counties in the U.S did not have a single provider able to prescribe buprenorphine.

The Jan. 12 change hadn’t taken place before President Joe Biden had rescinded the shift after receiving legal guidance saying the change could not be taken up by a mere rule change.

The change would have empowered more practitioners with what BRIGHTside addiction centers director Dr. David Kushner called one of the most effective ways to fight opioid addiction.

“Any primary care physician or other provider could have written it like they would an antibiotic,” he said. “It frees them from the grips of cravings and withdrawal.”

A bipartisan group of federal lawmakers wrote Biden Monday, asking him to reconsider overturning the rule and working with them to pass legislation that would remove the waiver.

“We agree that the x-waiver reflects a longstanding stigma around substance use treatment, and sends a message to the medical community that they lack the knowledge or ability to effectively treat individuals with substance use disorder,” they wrote. “We respectfully request that you prioritize the elimination of the x-waiver in order to deliver on your promise to expand access to medication-assisted treatment, and we invite you to support passage of our Mainstreaming Addiction Treatment Act (MAT) Act in order to accomplish this goal.”

The Centers for Disease Control reported more than 81,000 drug overdose deaths had occurred in the 12 months ending last May. That’s the highest ever recorded in a 12-month period.