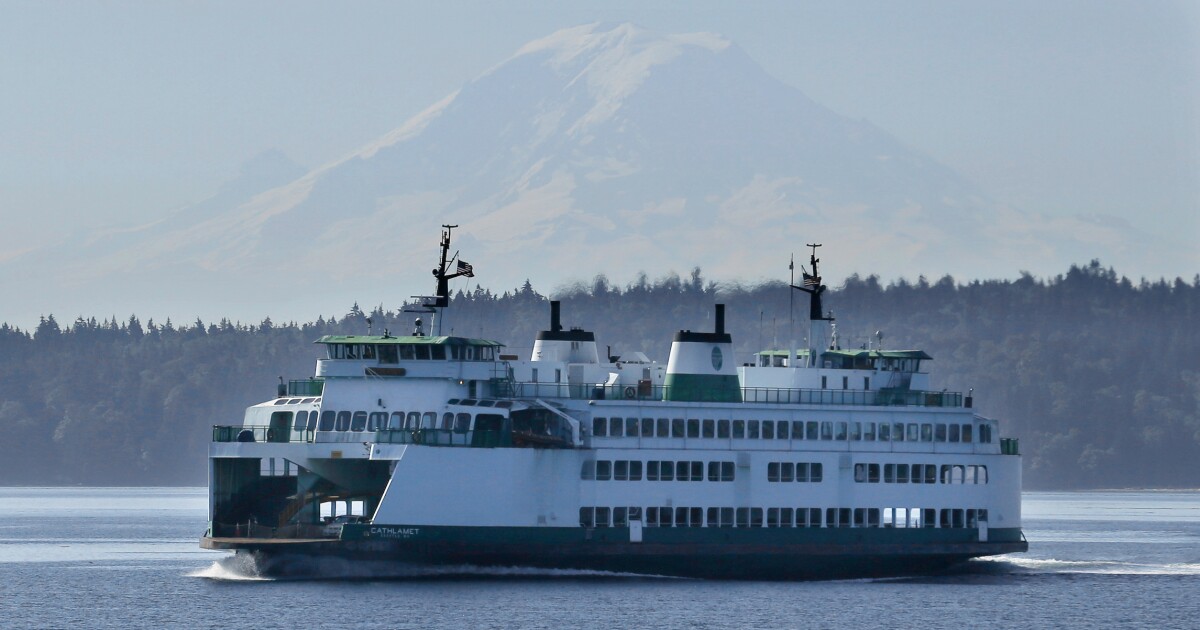 Gov. Jay Inslee wants Washingtonians traveling in greener vehicles and burning less carbon over the next two years under a $427 million plan to fight climate change.

Each new electric ferry would create 560 new jobs and cut more than 16,000 tons of carbon dioxide (C02) per year, based on estimates from Inslee's office.

Another $100 million would be divided up among seven renewable infrastructure projects such as renewable bio-fertilizer for dairy farms, clean energy research, and solar power grids.

In 2019, more than 85,000 people in the state were employed in the renewable energy sector, according to Environmental Entrepreneurs.

The business group reported that around 17,000 jobs in the sector were lost in 2020 due to the COVID-19 pandemic.

Under his proposal, new buildings would have to be carbon neutral by 2030 while existing buildings must ween themselves off of fossil fuels by 2050. Cities such as Seattle have proposed measures with similar aspirations.

The U.S. Environmental Protection Agency estimates that the world burned about 46 billion tons of carbon dioxide equivalents in 2010 or 35% more than in 1990.

Washington burned around 97.6 million metric tons of C02 in 2016 and has seen that number trickle up, according to the state's Department of Ecology.

“By acting on these climate policies and investments, we will put our state on a path consistent with science and with equity,” Inslee said. “Our deeds will rise to what the climate crisis now demands — bold, transformative action that builds a prosperous future for all.”

The spending package represents the second wave of the governor's budget proposals for the 2021-2023 biennium which Inslee unveiled during a Tuesday press conference.

Jesse Piedfort, director of the Washington state chapter of the Sierra Club, called Inslee's green package “one of the strongest state-level clean buildings packages in the nation.”

Inslee has backed two statewide taxes on carbon emissions which Washington voters overwhelmingly rejected in 2016 and 2018.

Another carbon tax measure is in the works and has until December 31 to gather 259,000 signatures to make the November 2021 ballot.