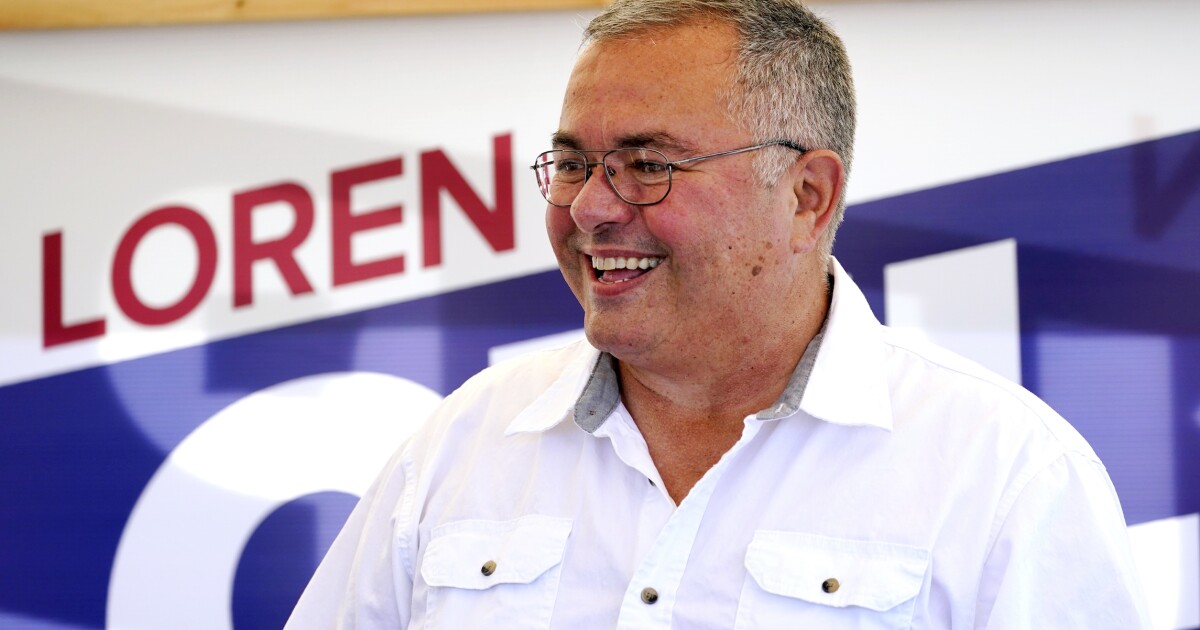 Washington Gov. Jay Inslee's former opponent says he is suing the state over voter fraud which he claims resulted in his landslide defeat despite presenting no substantive proof.

Loren Culp has repeated such accusations on a weekly basis since election night and has refused to concede to the governor more than a week after ballot counts were certified on December 2.

The Republican Army veteran and author trailed Inslee by 545,177 votes, taking in 43.12% of the total vote, according to the state's final tally on November 24.

Those numbers put Culp ahead of even President Donald Trump, who lost the state by 784,961 votes to President-elect Joe Biden. But Culp insists they should be higher.

Word of Culp's intent to sue the state on Thursday came straight from the mouth of his attorney, Stephen Pidgeon, a right-wing author and entrepreneur who lost to Bob Ferguson for Washington attorney general in 2012.

Pidgeon announced the news during a Facebook livestream event and expressed confident the lawsuit would move forward.

Washington residents have voted by mail for nearly two decades now and cases of voter fraud remain very rare in the state.

He alleges, among other things, that 10,000 votes were cast for deceased voters and another 300,000 were cast by out-of-state voters. At least 800,000 ballots cast on November 3, he claimed, were likely ineligible.

On Thursday, Pidgeon said the lawsuit seeks an audit of voting machines in King, Kitsap, Clark, Thurston, Pierce, and Skagit counties—all of which went for Inslee.

Washington Secretary of State Kim Wyman, a Republican, issued a letter earlier this month daring the gubernatorial candidate to back up his claims.

“If Mr. Culp, his attorney, or anyone else believes they have evidence of fraud, I urge them to report their findings to their county election officials and the Secretary of State’s Office,” Wyman's office said last week. “As a member of law enforcement who purports to have evidence of felonies, Mr. Culp should be duty-bound to provide that evidence to the appropriate authorities so these cases can be investigated by county sheriffs and prosecutors, and possibly the FBI.”

Wyman's office did not issue a statement regarding Culp's lawsuit on Thursday.

In Washington, county elections officials are tasked with conducting voter-roll maintenance on an ongoing basis. This process sees them cross-reference lists of the dead from the Washington Department of Health and the Social Security Administration.

Vote-counting machines undergo inspections before an election and the weeks following one includes a round of audits. Candidates have a nearly two-week long window to file a challenge to county election officials which Culp did not seek in November.

Culp is the subject of two lawsuits as the ex-police chief of the town of Republic. One accuses him mishandling a child sex abuse case while the other claims he violated a driver's civil rights in a traffic stop.

He was also among the first law enforcement officials to refuse to enforce the state's I-1639 gun law which increased background checks and raised the age of gun ownership to 21.

In the weeks since November 3, Culp has attacked Republicans state lawmakers for wanting to work with Washington's Democratic lawmakers on releasing more state aid.

Culp lost his job as police chief late this year when Republic decided to ends its own local law enforcement services in favor of the Ferry County Sheriff.

The 2020 November general election saw more than 2.1 million ballots cast and voter turnout of 84.14%—the second highest in state history behind the 84.61% of voters that took part in the 2008 general election.