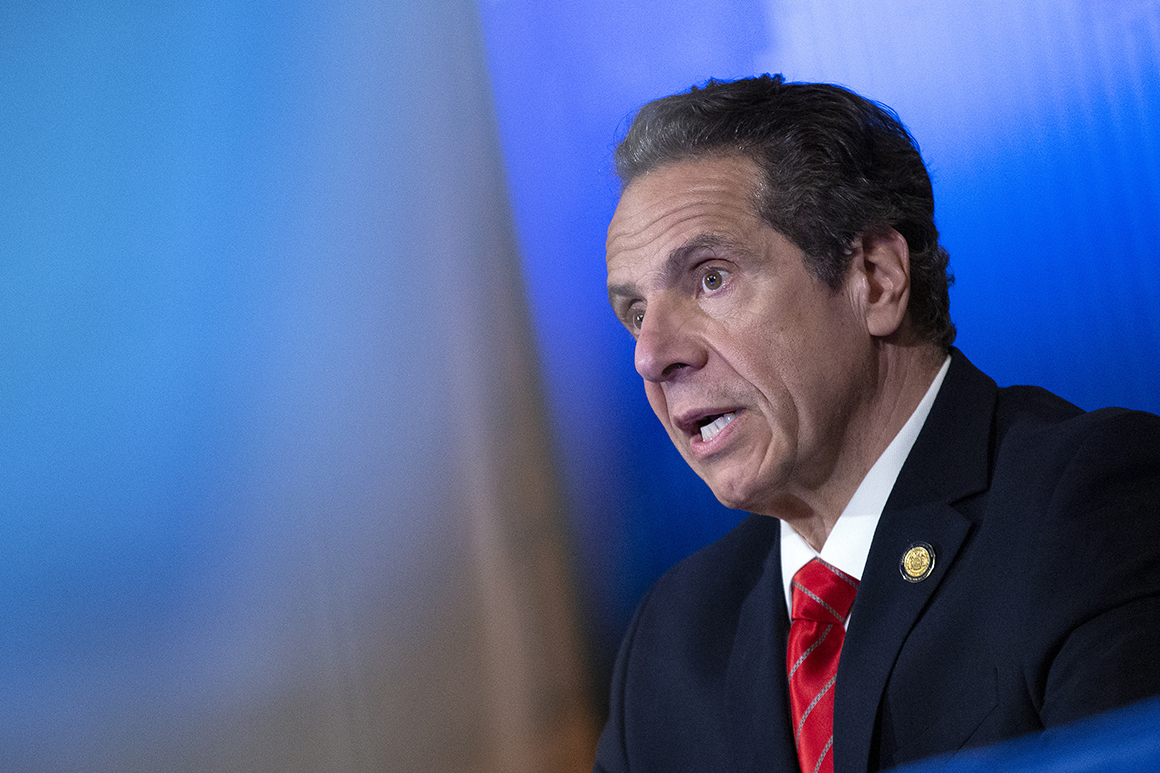 But that hasn't stopped some critics from thinking about how best to challenge him.

“A lot of people in the progressive wing in the party definitely fantasize about a formidable challenge to Gov. Cuomo,” said state Sen. Alessandra Biaggi (D-Westchester) who used to work for the Cuomo administration and has been critical of him since she took office in 2019. “But no one has risen their hand or gotten attention as a serious candidate against him. It’s one thing to be like, ‘I really wish this person wasn’t the governor,’ and another thing to be like, ‘OK, great, how are we going to action that?' That’s not at all where many people are, to be honest.”

Whether that outrage can translate into an electoral challenge, however, remains to be seen.

“Cuomo primary talk is a favorite parlor game of frustrated progressives in New York, but the fact of the matter is that he's virtually untouchable statewide,” said Neal Kwatra, a New York City-based Democratic strategist who has advised and criticized both Cuomo and New York City Mayor Bill de Blasio.

“Show me a single Democrat anywhere in the state that can do that,” Kwatra said. “Additionally, it's hard to overstate the durable strength Cuomo derived from being on TV for several months straight at the height of the pandemic. That kind of exposure is of incalculable value and will make it very hard for any challenger to erode.”

Despite the whirlwind of negative attention in recent weeks, Cuomo’s popularity remains high, sitting at a favorable 56-39 approval rating, according to a survey from the Siena College Research Institute released on Tuesday. The poll was conducted prior to the DeRosa revelation, but after after a report by state Attorney General Tish James accusing the administration of undercounting nursing home deaths by as much as half.

Steve Greenberg, spokesperson for the poll, noted that 65 percent of Democrats said they would reelect Cuomo if the election were tomorrow, compared to 26 percent who said they’d prefer someone else.

Cuomo has been in difficult positions before and prevailed. He overcame hard times before his smashing reelection victory in 2018, moving past scandals that enveloped a close aide, Joseph Percoco, and Alain Kaloyeros, a former president of the State University of New York's Polytechnic Institute who was found guilty of bid-rigging charges involving state contracts.

Republicans are jumping on the scandal. State GOP Chair Nick Langworthy said he had one overarching goal when he took the leadership position in July 2019: Positioning the party for the 2022 gubernatorial race. The party is looking far and wide for its nominee and Langworthy said he has been interviewing “names that you've heard of and names that you've never heard of.”

Cuomo’s regular media appearances and significant unilateral decisions actually give Republicans more material than they've had in years to challenge him, Langworthy said.

“Going forward, this is less about the national focus and is going to be far more about the state,” Langworthy said. “Who does he [Cuomo] get to blame? His grand distraction for every one of these policies when it comes to the crisis of COVID has been [Donald] Trump. I mean, when you don't have that anymore … who are you going to blame? You're going to look in the mirror. Finally, accountability actually is going to land in the lap of Andrew Cuomo. And I think the voters, they know.”

At the national level, a group of nine Republican senators led by Ted Cruz (R-Texas) late Wednesday asked Senate Judiciary Chair Dick Durbin to open an investigation into the “cover-up” and for a Justice Department probe.

Cuomo’s 2018 Republican challenger, Dutchess County Executive Marc Molinaro, was one of those who publicly applauded Cuomo’s leadership last year but is ready to rescind some of his praise.

“I gave great deference to the governor early on in his response, and I think he deserved it,” Molinaro said in an interview. “But I think that the nursing home decision is devastating. And a failure to acknowledge it as an error, not the direction of the CDC, but an error, and to be transparent in its impact, and remorseful in its destruction, I think is absolutely an issue that has to be litigated, if only through the political arena.”

He certainly would consider another run, he said, but can’t make that kind of decision while focused on his role in the pandemic response in Dutchess County.

Rep. Elise Stefanik, a Republican who represents the 21st Congressional District in the state's northeastern corner, has the means to launch a formidable fundraising campaign. Republican consultants in the region say she is being courted for a run by both big Beltway donors and local Republican groups. But while Stefanik’s brash Trumpian style of politics ignites her local base and fans of the former president across the country, even her supporters acknowledge it’s a harder sell for statewide office in big blue New York.