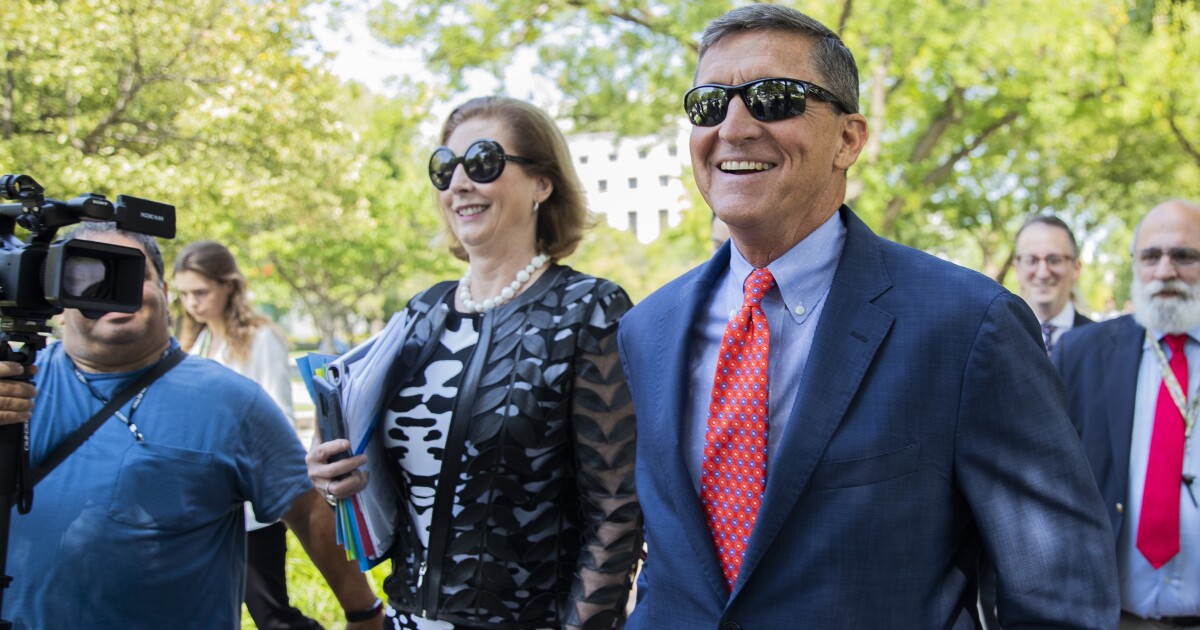 Judge Emmet Sullivan, who has handled the case against Flynn since December 2017, issued a 43-page opinion along with his order to dismiss the case, seemingly putting an end to a legal drama that began during the 2016 election amid the FBI's Crossfire Hurricane investigation and continued into special counsel Robert Mueller’s investigation and beyond. The judge had been resisting quickly granting the Justice Department’s initial motion to dismiss the case since May.

Trump announced the Flynn pardon the day before Thanksgiving. “It is my Great Honor to announce that General Michael T. Flynn has been granted a Full Pardon,” he said in a tweet. The DOJ then quickly urged Sullivan to dismiss the case as moot.

Flynn, 61, fought to dismiss the government's case against him this year after he pleaded guilty in December 2017 to lying to investigators about his intercepted December 2016 conversations with Russian Ambassador Sergey Kislyak. Flynn told the court in January that he was “innocent of this crime” and filed to withdraw his guilty plea. The DOJ later moved to drop the charges in May, following a deep-dive review by U.S. Attorney for the Eastern District of Missouri Jeffrey Jensen. The DOJ said that “continued prosecution of this case would not serve the interests of justice.”

Instead, Sullivan, an appointee of President Bill Clinton, appointed retired New York Judge John Gleeson to present arguments in opposition to the DOJ’s motion and to explore whether Flynn should be charged with perjury or contempt.

Trump’s pardon put an end to that despite speculation that Sullivan might try to fight the pardon ahead of an incoming Biden administration.

“Here, the scope of the pardon is extraordinarily broad — it applies not only to the false statements offense to which Mr. Flynn twice pled guilty in this case, but also purports to apply to ‘any and all possible offenses’ that he might be charged with in the future in relation to this case and Special Counsel Mueller’s investigation,” Sullivan wrote on Tuesday. “However, the Court need only consider the pardon insofar as it applies to the offense to which Mr. Flynn twice pled guilty in this case. Mr. Flynn has accepted President Trump’s ‘full and unconditional pardon.’ … The history of the Constitution, its structure, and the Supreme Court’s interpretation of the pardon power make clear that President Trump’s decision to pardon Mr. Flynn is a political decision, not a legal one. Because the law recognizes the President’s political power to pardon, the appropriate course is to dismiss this case as moot.”