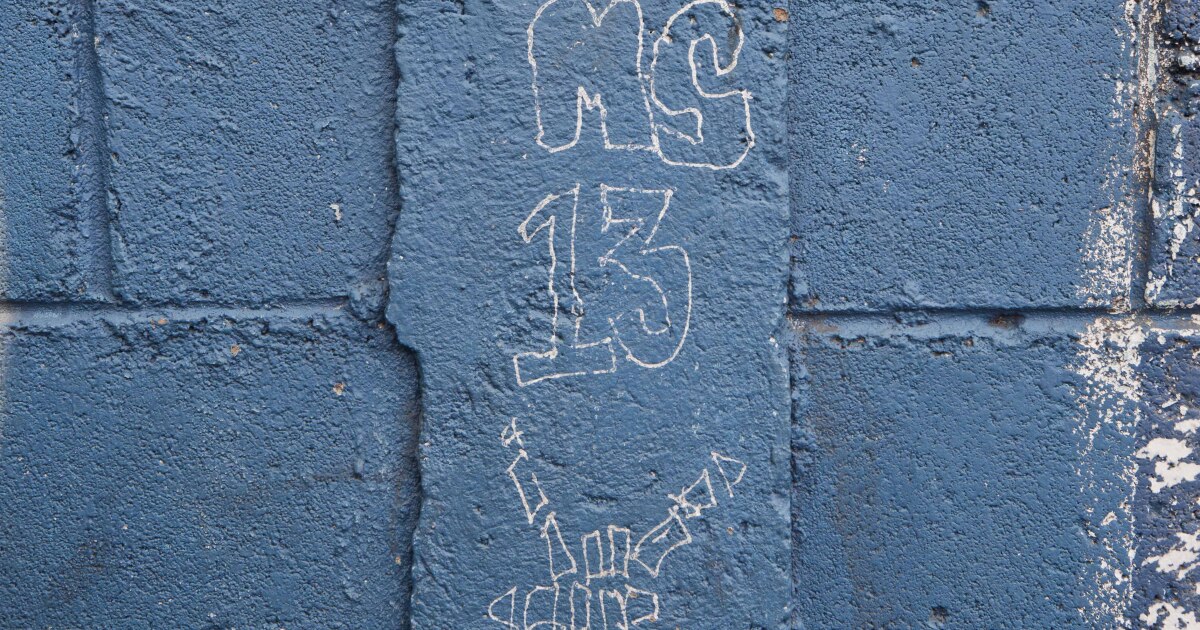 The Justice Department indicted 14 of the top global leaders of the transnational MS-13 criminal gang with terrorism charges and is seeking the extradition of 11 of the gang members already arrested in El Salvador while warning that three men remain at large.

The DOJ said that the men were part of the “Ranfla Nacional,” which operated as the board of directors for Mara Salvatrucha, more commonly known as MS-13, and that they had “directed MS-13’s violence and criminal activity around the world for almost two decades.” A 31-page criminal indictment unsealed in the U.S. District Court for the Eastern District of New York laid out the charges of conspiracy to provide material support to terrorists, conspiracy to commit acts of terrorism transcending national boundaries, conspiracy to finance terrorism, and narcoterrorism conspiracy for MS-13’s criminal activities for two decades in El Salvador, the United States, Mexico, and elsewhere in the world.

Enrique Henriquez, also known as “Diablito de Hollywood,” is well known and widely recognized as the most powerful member of the Ranfla Nacional. The Justice Department said Henriquez and 10 other criminal defendants are already in custody in El Salvador and that the U.S. is exploring options for their extradition to be put on trial. Three other key MS-13 leaders, Freddy Ivan Jandres-Parada, Cesar Humberto Lopez-Larios, and Hugo Armando Quinteros-Mineros, have not yet been arrested and “should be considered armed and dangerous,” the DOJ said. The FBI released wanted posters for the trio. The bureau, along with U.S. Immigration and Customs Enforcement’s Homeland Security Investigations, is offering $20,000 rewards for information on each of them.

“The indictment announced today is the highest-reaching and most sweeping indictment targeting MS-13 and its command and control structure in U.S. history,” said acting Attorney General Jeffrey Rosen, who added that “by working side-by-side with our U.S. law enforcement partners and with our partners in El Salvador, we have charged MS-13’s highest-ranking leaders with operating a transnational criminal organization that utilizes terror to impose their will on neighborhoods, businesses, and innocent civilians across the United States and Central America.”

The Justice Department’s Joint Task Force Vulcan has focused on taking down MS-13 during the Trump administration, and then-Attorney General William Barr signaled a crackdown on the gang over the summer.

“In 2017, the President directed the Department of Justice to go to war against MS-13, and we did just that,” Barr said in July when announcing terrorism and murder charges, adding that “while there is still work to be done, the Department of Justice remains committed to protecting Americans threatened by MS-13, and we will not rest until we have successfully defeated this transnational criminal organization.”

The indictment explains how the MS-13 leadership “directed acts of violence and murder in El Salvador, the United States, and elsewhere, established military-style training camps for its members, and obtained military weapons such as rifles, handguns, grenades, improvised explosive devices and rocket launchers” and how the men “controlled swaths of territory.” Investigators said the men “used MS-13’s large membership in the United States to engage in criminal activities, such as drug trafficking and extortion to raise money to support MS-13’s terrorist activities in El Salvador and elsewhere, and directed members in the United States to commit acts of violence, including murders, to further its goals.”

The Justice Department said Ranfla Nacional also “directed the expansion of MS-13 activities around the world,” especially in Mexico, where the MS-13 leaders “made connections to obtain narcotics and firearms” and “engaged in human trafficking and smuggling” while they conducted business with Mexican drug cartels.

FBI Director Christopher Wray said Thursday that the charges against MS-13’s leadership are “a clear signal to others who engage in this type of transnational criminal activity: the FBI will work tirelessly to bring them to justice wherever they are based.”