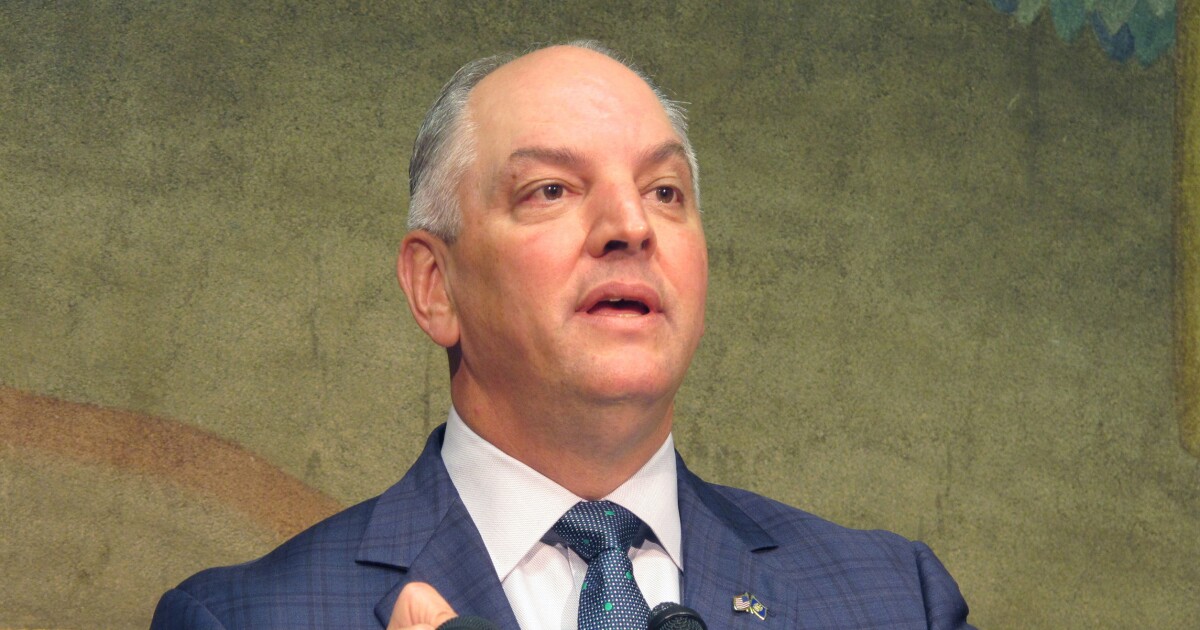 Gov. John Bel Edwards has used his line-item veto to strip out $718,000 of the $25 million in local spending Louisiana legislators inserted into a state spending bill.

Legislative leaders chose the local items behind closed doors near the end of their recent special session, prompting outrage from Republican and Democratic members of the state House of Representatives when they saw the list for the first time. But ultimately the bill passed 87-13 in the House and 31-0 in the Senate.

“This is a confusing process,” said Rep. Tony Bacala, a Prairieville Republican, shortly before voting for the bill’s passage. “Do you really know what’s in this bill?”

In his veto message, Edwards said he was striking out new money for the South Louisiana Wetlands Discovery Center because the center already had received state dollars in a previous bill. He did not explain vetoes of funding for a dog park and security cameras in Houma, a lighthouse in Madisonville, and a community waterworks in Grant Parish.

Edwards, a Democrat, also vetoed wording that would have given the legislature’s joint budget committee authority over how $3 million for the state’s public defender board would be spent, saying the restrictions violated the executive branch’s constitutional authority.

Republican leaders in the House and Senate defended the local spending, saying much of it was going for crucial infrastructure such as drainage and to first responders who have been stretched thin by the pandemic response and multiple hurricanes.

“We expected the governor would go light with the veto pen this time,” said Robert Travis Scott, president of the Public Affairs Research Council of Louisiana.

Earlier this year, Edwards vetoed $7 million for a fund the state treasury could have doled out for local projects, Scott said. In doing so, the governor noted that money for local projects likely would be available later in the year, suggesting he would be OK with the local spending as long as legislators tell the public what they are spending it on.

“The governor gets points for insisting on transparency,” Scott said. “He’s still complicit in a very bad appropriations process.”

The biggest item in the $100 million-plus spending bill the governor signed Friday after cutting out $718,000 is an $85 million infusion into the state’s unemployment trust fund, which has been tapped out by unprecedented demand during the COVID-19 pandemic.

Other bills passed during the recent special session that Edwards announced signing Friday include:

Act 50: Extends the carryforward period for the inventory tax credit for certain businesses.

Act 56: Provides for credits for certain property taxes paid for the 2020 tax year.

Act 59: Provides for the refundable portion of the inventory tax credit for manufacturers impacted by this year’s pandemic and major storms.

Act 60: Authorizes an income tax credit for certain businesses whose operations were interrupted as a result of the COVID-19 pandemic.