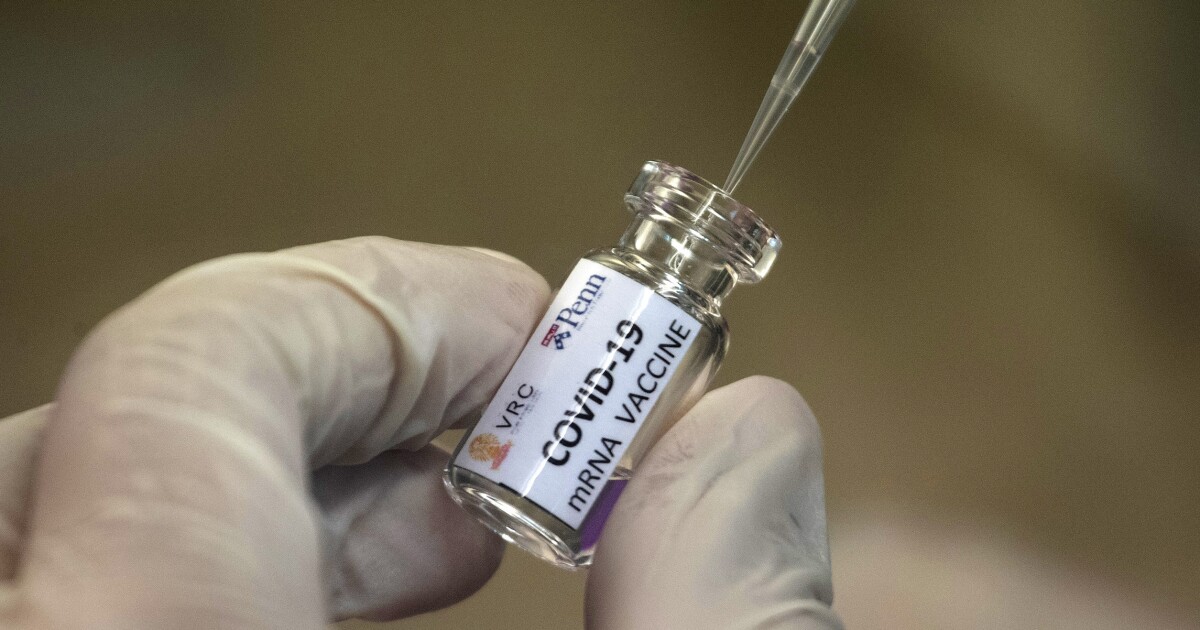 Each state’s share is determined by its population. Distribution is expected to begin in late December or early January.

Hospital workers and long-term care residents and workers are the first priorities. Pfizer’s vaccine, which requires ultra-cold storage, will be distributed to hospitals that have cold storage capacity. Moderna’s vaccine, expected to be available shortly after Pfizer’s, will go to nursing homes, Edwards said.

Admiral Brett Giror, the White House’s COVID-19 “testing czar,” joined Edwards for Wednesday’s news conference. He said the federal government recommends to states who should be first in line, but governors make the final decisions.

Giror said there seems to be near unanimous agreement about the first round of vaccinations, but after that the decisions likely will be more controversial. There are good arguments for prioritizing first responders, for example, but other states may focus on people at high risk of serious complications.

The vaccines are expected to be more widely available for the general population in May and June.

He stressed that federal officials have pushed to have vaccines ready as soon as possible but without cutting corners for safety and efficacy.

“We are expediting things as much as possible but not more than possible,” Giror said.

Edwards said he has “100 percent confidence” the vaccines would be safe and effective and said the state will engage in a public relations campaign to encourage residents to get vaccinated.

State health officials on Wednesday reported 1,288 COVID-19 patients were hospitalized, more than twice as many as were in hospitals at the beginning of November. At least one hospital, in St. Tammany Parish, has stopped scheduling non-emergency procedures.

Louisiana is doing better than 36 other states but still is seeing dangerous increases in coronavirus infections and hospitalizations, Giror said. He urged residents to remain vigilant about adhering to COVID-19 mitigation practices such as wearing masks and avoiding indoor crowded spaces.

Edwards last week tightened the state’s restrictions meant to slow the spread of the new coronavirus. The maximum capacity for restaurants, gyms and most retailers was scaled back from 75 percent to 50 percent, though churches can stay at 75 percent.

Bars can open for on-premise indoor service, but only in parishes where the average percentage of COVID-19 tests that come back positive is below 5 percent for two weeks.

“You don’t need to shut down your economy,” Giror said. “Turning down those knobs can be very important. It doesn’t have to be ‘yes’ or ‘no.’ It’s a dimmer switch.”