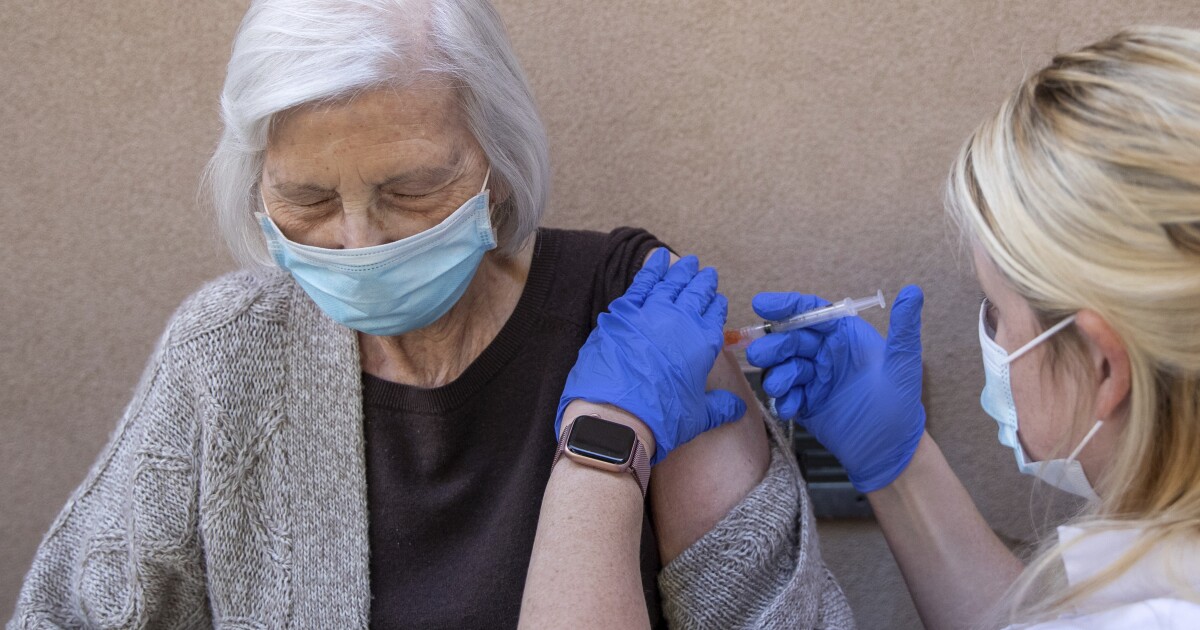 Any Louisiana resident who is at least age 65 will be eligible for COVID-19 vaccination starting Monday, Gov. John Bel Edwards said Thursday.

The current cutoff is age 70. Also among the 275,000 or so residents who will be newly eligible Monday are workers who will be involved in the March and April elections, emergency response personnel and members of the state’s Unified Command Group.

The Unified Command Group includes the governor, who said he is looking forward to getting his first dose next week.

Edwards said he expects 408 providers across the state to administer 86,550 first doses next week, including 10,000 that have been diverted from the federally managed nursing home program because they weren’t going to be used immediately.

While the number of doses made available to state government for distribution is expected to remain flat for the next few weeks, Edwards expects Louisiana to get about 14,000 additional doses per week through a new federal program that will send vaccine doses directly to pharmacies.

More than 404,000 first doses have been administered in Louisiana, and almost 131,000 residents have received both of the doses needed to get the full benefit, state officials report.

Nationally, more COVID-19-related deaths were reported in January than in any other month since the pandemic began. For Louisiana, it was the second-deadliest month after April, with 1,178 deaths.

“We lost 1,000 people in three weeks in Louisiana,” Edwards said.

Louisiana’s post-holiday COVID-19 spike has ebbed, although the coronavirus that causes the illness remains prevalent throughout the state, the Louisiana Department of Health's Dr. Joseph Kanter said. There were 1,295 COVID-19 patients in hospitals Thursday, which is down 800 since Jan. 8.

Kanter said he is concerned about the new variant of COVID-19 first identified in the United Kingdom, which experts believe is easier to transmit and may be more likely to lead to serious illness. The new variant is expected to be the dominant version in the United States by March.

Although only five cases of the new variant have been confirmed in Louisiana, Kanter said that is likely only the “tip of the iceberg.” He urged residents to double down on mitigation practices, which include frequent hand washing, wearing masks and avoiding contact with people you don’t live with. He said controlling case growth now would leave the state better prepared for a possible surge in March.

Edwards said the state is sending additional state police troopers and staff to New Orleans during Mardi Gras. Not to accommodate parades, as is the case in other years, but to enforce COVID-19 restrictions.

“I have no doubt it will lead to another surge if we don’t get it under control,” Edwards said.