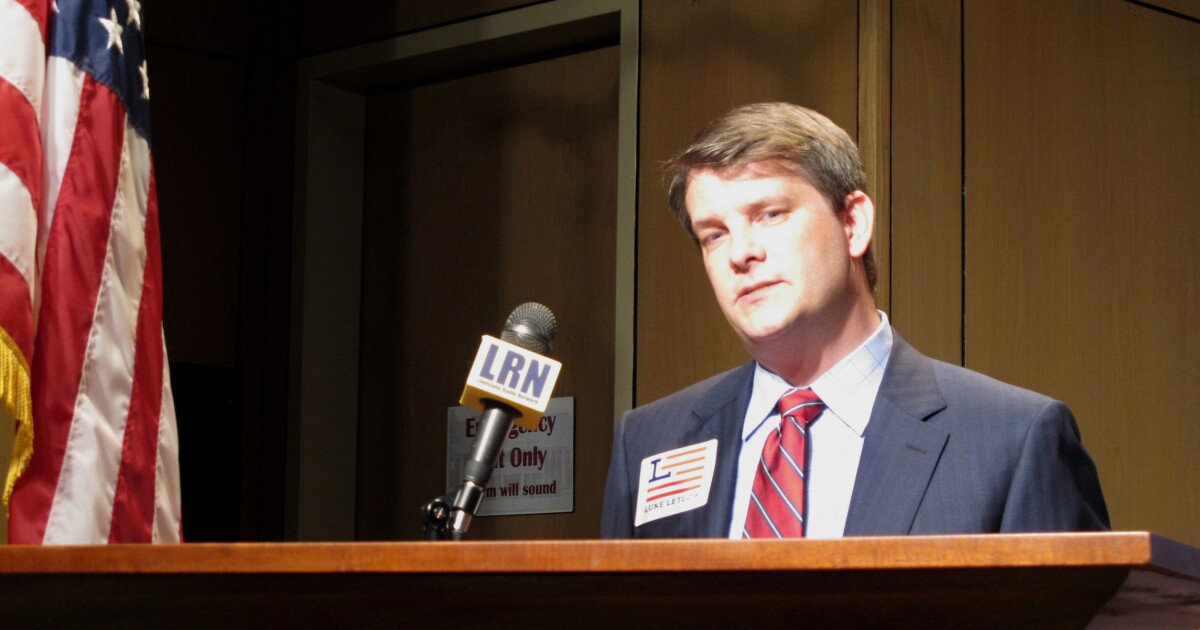 Luke Letlow will replace his former boss and represent Louisiana’s 5 th Congressional District in the next Congress.

Letlow was the chief of staff for three-term U.S. Rep. Ralph Abraham, who did not run for reelection. He defeated state Rep. Lance Harris, a fellow conservative Republican who made Saturday’s runoff by finishing second in the nonpartisan open primary held in November.

Though Abraham’s run for governor in 2019 was unsuccessful, he remains popular in the district and his support boosted Letlow, who raised more than twice as much campaign money as Harris. Letlow argued his experience in Abraham’s office made him well suited to be an effective congressman.

Harris positioned himself as an outsider and argued Letlow should not take credit for Abraham’s work. Harris said his breadth of experience as a state lawmaker, farmer, and owner of a chain of convenience stores better prepared him for the role than Letlow’s work as a “politically appointed government employee and lobbyist.”

Louisiana does not hold party primaries. Every candidate runs on the same ballot regardless of party in the first round. If one person gets more than half of the votes, they win outright. If not, the top two finishers head to the runoff.

Every incumbent member of Louisiana’s congressional delegation who was on the ballot easily won reelection in the first round in November, though U.S. Rep. Cedric Richmond, the delegation’s only Democrat, is leaving Congress to take a senior role in presumptive President-elect Joe Biden’s administration.

Letlow led in the first round of the 5 th District race, outpacing the other eight candidates with 33 percent of the vote. Harris garnered 17 percent, edging past Democrat Sandra Christophe by 428 votes out of almost 310,000 votes cast.

The 5 th District includes northeast and part of central Louisiana and is mostly rural, though it includes the cities of Monroe and Alexandria.

The only item on every voter’s ballot statewide was a state constitutional amendment. Voters also considered candidates for the public service commission and several local offices, along with numerous local tax propositions.

Voters overwhelmingly rejected the state constitutional amendment to let the governor appoint up to two people who live outside the state to an at-large membership on one of the state’s public college management boards. The proposal had breezed through the legislative process without a dissenting vote, and its defeat means the requirement that members must live in Louisiana will stand.

Eric Skrmetta, a Republican, won reelection in southeast Louisiana’s District 1 of the Louisiana Public Service Commission, defeating Democrat Allen Borne Jr. Skrmetta, who has represented the district on the PSC since 2009, got 31 percent of the vote in the first round, while Borne finished second with 25 percent.