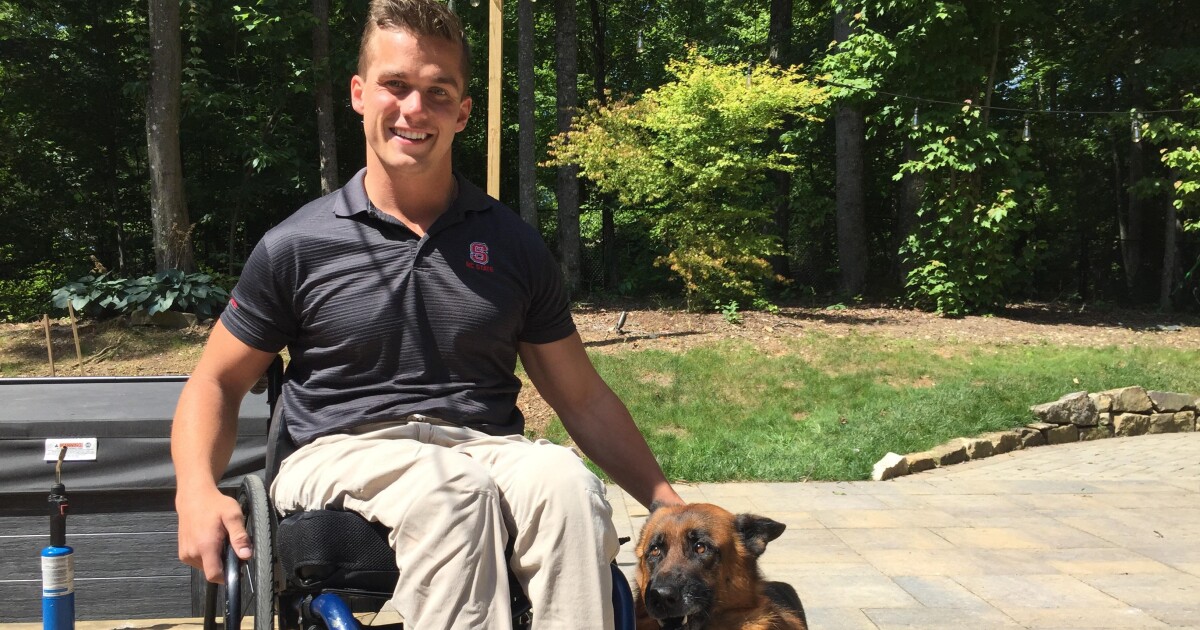 At age 25, Republican Madison Cawthorn is set to be the youngest congressman in recent history after winning a dramatic election for White House chief of staff Mark Meadows’s former seat.

Cawthorn is projected to win North Carolina’s 11th Congressional District and, as of Tuesday night, is leading with about 54% to Moe Davis’s 43%.

“The days of AOC and the far left misleading the next generation of Americans are numbered. Tonight, the voters of Western North Carolina chose to stand for freedom and a new generation of leadership in Washington,” Cawthorn said on Tuesday night, in reference to Left-wing Rep. Alexandria Ocasio-Cortez of New York.

The race in the normally reliably red district had been closely watched given that polls showed it tighter than initially expected. Surveys from both parties showed a single-digit race in the days leading up to Election Day, with Republicans pouring in hundreds of thousands of dollars in ad support for Cawthorn, according to Politico.

Cawthorn shot to national prominence after defeating Lynda Bennett in the GOP primary earlier this year. Bennett had been endorsed by President Trump and Meadows. Prior to his appointment at the White House, Meadows had served in Congress for about seven years. Since his primary win, he has expressed vigorous support for Trump.

Cawthorn presented himself as an anti-establishment Republican who wants to see many changes in how the GOP currently exists. He has blasted the Republican Party for its perceived lack of concrete action on certain issues such as healthcare, and he has said the GOP needs to avoid debates with the Democratic Party on major social issues.

Davis, a 62-year-old retired Air Force colonel, had angled himself as the candidate of experience and his opponent as too young and inexperienced to represent North Carolina’s 11th District, which includes much of the rural western part of the state.

Davis said that Cawthorn was a candidate with “no education, no training, no experience that qualifies him for the job.”

Cawthorn’s story has also helped propel his image as a rising star in the Republican Party. When he was 18 years old, he was involved in a massive car accident that left him partially paralyzed. Since then, he has recovered but is still confined to a wheelchair.

The campaigns of both men came under national scrutiny in the weeks leading up to the contest. Democratic Sen. Cory Booker of New Jersey recently hit Cawthorn for what he called an “explicitly racist attack” against him following a post on the candidate’s website. Cawthorn denied the allegations of racism and said the post’s phrasing was a “syntax error.”

Davis has faced sharp criticism from the Cawthorn campaign and Republicans for his explicitly violent social media posts about Republicans and Trump.

“Screw they go low, we go high bulls—. When @NCGOP extremists go low, we stomp their scrawny pasty necks with our heels and once you hear the sound of a crisp snap you grind your heel hard and twist it slowly side to side for good measure. He needs to know who whupped his a–,” Davis said in a 2019 tweet.

Cawthorn called the police last month after he said vandals struck his home. He told the Washington Examiner at the time that he wasn’t surprised by the attack given the tenor of his opponent's past comments.