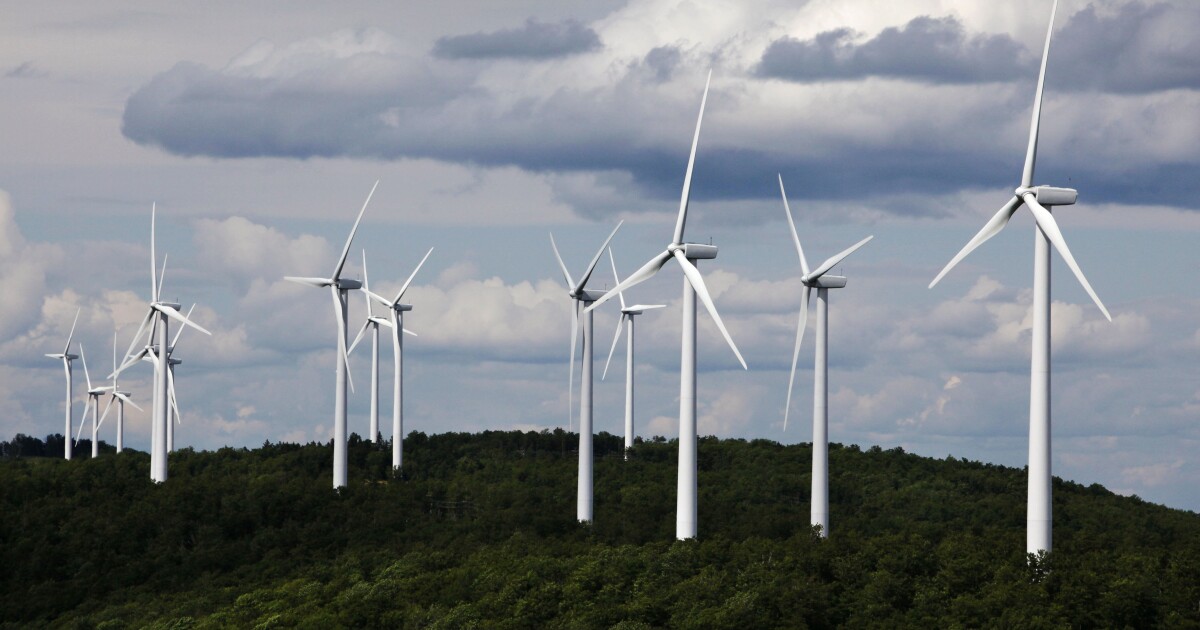 Mills said the project, which would involve up to a dozen floating windmills about 40-miles off the coast, would be the first devoted entirely to researching how to develop the technology in a sustainable way that doesn't impact the state's commercial fishing industry.

“I believe Maine can lead the country in floating offshore wind technology,” Mills told reporters at a recent briefing on the plans. “But it must be done in partnership with Maine’s fishermen, to form a science-based mutual understanding of how best to design and operate floating wind turbines in the precious Gulf of Maine.”

The project, which would require approval by the federal Bureau of Ocean Energy Management, would cover an area of roughly 16 miles on leased offshore federal waters.

While the cost of the project is yet unknown, it would be a public-private partnership between the state, the University of Maine, which will design the flotation platforms for the wind turbines, and New England Aqua Ventus, a joint venture between Diamond Offshore Wind and RWE Renewables, one of the largest offshore wind energy corporations.

But the plans are facing early pushback from commercial fishing groups, which say the move would shut down fishing grounds and hurt the storied industry.

“Fishermen are on the front lines of climate change as shifting fish stocks and rising oceans impact their daily lives,” said Ben Martens, executive director of the Maine Coast Fishermen’s Association, said in a statement. “Developing renewable energy solutions is an important component to addressing our shared climate crisis, but it shouldn't be at the expense of the iconic fishermen, seafood providers, and fishing communities who keep us fed and support the local economy.”

Alex Todd, the fisherman association’s board chairman, said a particular concern is “the speed at which this process seems to be moving.”

“With the global pandemic limiting the ability to hold real and meaningful conversations, we hope that the governor’s office will take the time necessary to truly engage and listen to the fishing industry,” Todd said. “For the sake of the next generation of fishermen from Maine, we can’t rush this process.”