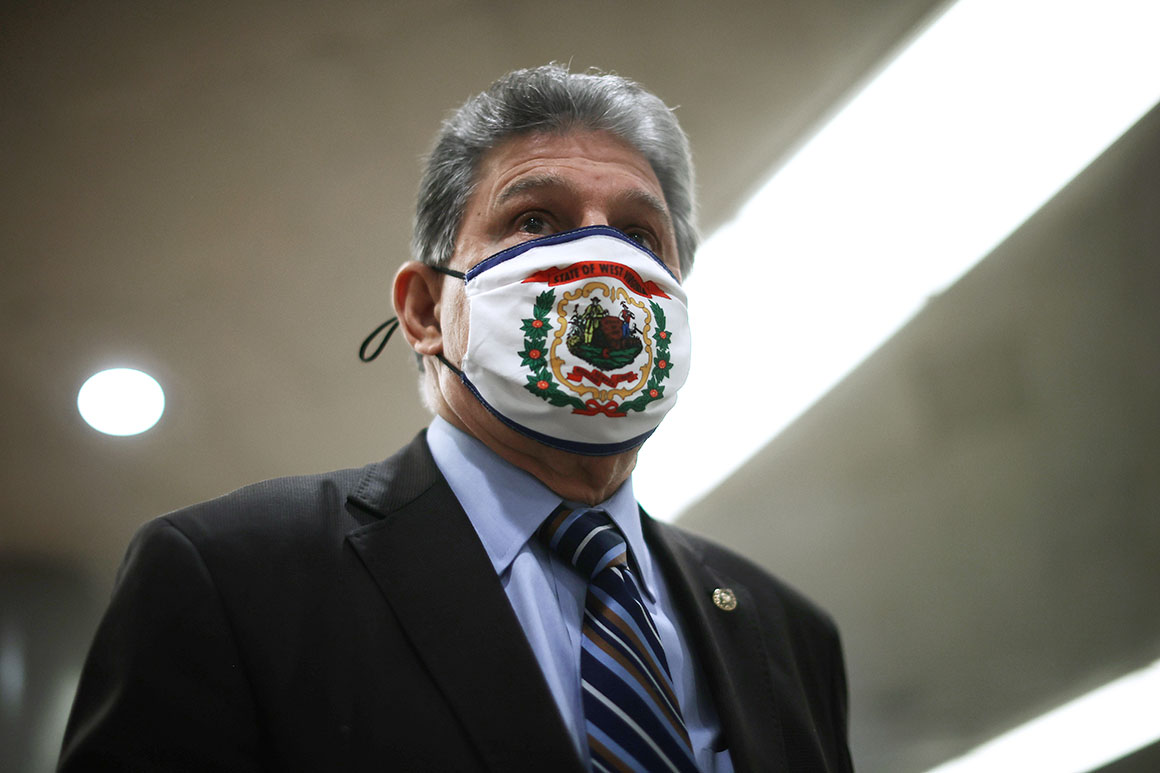 “I believe her overtly partisan statements will have a toxic and detrimental impact on the important working relationship between members of Congress and the next director of the Office of Management and Budget,” Manchin said. “For this reason, I cannot support her nomination. As I have said before, we must take meaningful steps to end the political division and dysfunction that pervades our politics.”

Biden could theoretically use a recess appointment to make Tanden head of OMB. But that could bring procedural hurdles given Democrats’ narrow Senate majority. It could, however, be the only option. Finding Republican support for Tanden might prove a heavy lift, especially now that she doesn’t have full support from Senate Democrats.

The White House so far is not conceding defeat. When asked whether he’d pull Tanden’s nomination Friday evening, Biden replied “no.”

“Neera Tanden is an accomplished policy expert who would be an excellent Budget Director and we look forward to the committee votes next week and to continuing to work toward her confirmation through engagement with both parties,” added White House Press Secretary Jen Psaki.

The Senate Homeland Security and Budget Committees are expected to vote on her nomination next week.

Earlier this month, Tanden took heat from both sides of the aisle during two confirmation hearings in which Republicans and Sanders both excoriated her social media history, criticizing her for past remarks about both Republicans and progressives as the president and CEO of the Center for American Progress.

“Your attacks were not just made against Republicans,” Sanders said during her appearance before the Senate Budget Committee. “There were vicious attacks against progressives, people who I have worked with — me personally.”

Sanders has not yet indicated whether he’ll support Tanden’s nomination. But he told CNN Friday that he will be speaking with her again early next week about her vision for OMB.

During the hearings, Tanden stressed repeatedly that she regretted the tweets and her criticism of lawmakers wouldn’t have any bearing on how she leads OMB or steers major policy and funding issues that require bipartisan support to clear both chambers.

“I feel badly about that,” she said of her harsh words. “My approach will be radically different.”

Other Democrats have labeled GOP criticism of Tanden’s tweeting as hypocrisy, citing Republican silence about former President Donald Trump’s own penchant for going after members of his own party

Tanden also faced bipartisan scrutiny for the millions of dollars in corporate donations her liberal think tank has accepted, which she pledged would have zero influence on her decision-making as OMB director.

“I’m very glad to see that Senator Manchin has decided to put people before politics and make sure that someone beholden to corporate interests and foreign governments doesn’t become the next OMB director,” said Rep. Jason Smith (R-Mo.), the ranking Republican on the House Budget Committee.

OMB is a critical agency for any president, charged with carrying out an administration’s fiscal and regulatory agenda, and its directorship is a Cabinet-level post. For Biden, the agency will be at the heart of his administration’s response to the pandemic and the ensuing economic crisis.

“I am appalled by Joe Manchin voting against Neera Tanden for OMB, a committed progressive after he voted for Bill Barr and others,” tweeted Ilyse Hogue, president of the abortion-rights group NARAL. “How about assessing her work, competence and vision instead [of] the tone [of] her tweets? Stop sinking good women because they are outspoken.”

Manchin is one of the few swing votes left in the Senate when it comes to nominees. Among the Trump nominees he supported was the former president’s pick for ambassador to Germany, Richard Grenell, who had a controversial and highly partisan Twitter feed.

The president’s pick for deputy director at OMB is expected to face a more amicable confirmation process than Tanden. Biden’s nominee for that No. 2 position, Shalanda Young, was an aide on the House Appropriations Committee for 14 years and most recently served as Democratic staff director of the panel, helping broker bipartisan aid deals and government funding packages.

Manchin hinted at some dissatisfaction with the White House last month after Vice President Kamala Harris appeared on TV in his home state to pitch the Biden administration's Covid relief plan.

“I couldn't believe it,” Manchin told the same local station that Harris gave her interview to. “No one called me.”