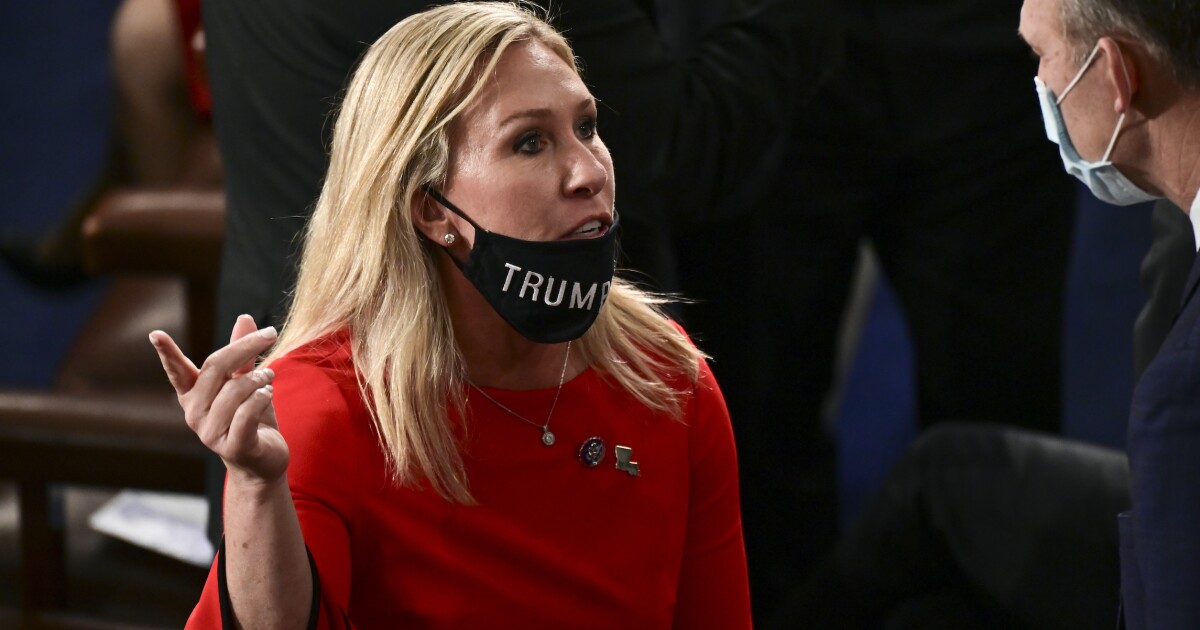 Freshman congresswoman Marjorie Taylor Greene said she will attempt to impeach President-elect Joe Biden for abuse of power once he is sworn into office.

The Georgia Republican, who has raised eyebrows for boosting conspiracy theories, announced the long-shot move Wednesday evening on Newsmax, just hours after the House voted to impeach President Trump for inciting an insurrection.

“I would like to announce on the behalf of the American people we have to make sure that our leaders are held accountable,” Greene said. She claimed Biden is “willing to abuse the power of the office of the presidency and be easily bought off by foreign governments, Chinese energy companies, Ukrainian energy companies.”

Greene said she will be filing articles of impeachment on Jan. 21, Biden’s first full day in office. In a subsequent tweet, she announced the move and included hashtags such as #BidenCrimeFamily and #QuidProJoe.

On Wednesday, Axios reported that a rift has been forming among new GOP members of Congress and that Greene reportedly got into a heated debate with fellow Republican Rep. Nancy Mace of South Carolina in a group text with freshmen GOP representatives.

After Greene posted an article about Trump’s approval rating, Mace reportedly fired back that she was “disgusted by what you and other Q-conspiracy theorists did last week in the chamber after all of the violence.”

The House voted 232-197 on Wednesday to impeach Trump for the second time, with 10 Republicans, including House Republican Conference Chairwoman Liz Cheney of Wyoming, joining with Democrats. Senate Majority Leader Mitch McConnell said that after the impeachment, a trial will not be held until after Biden is sworn into office.

Trump was first impeached by the Democratic-controlled House in December 2019 on two Ukraine-related charges but was acquitted by the GOP-led Senate.