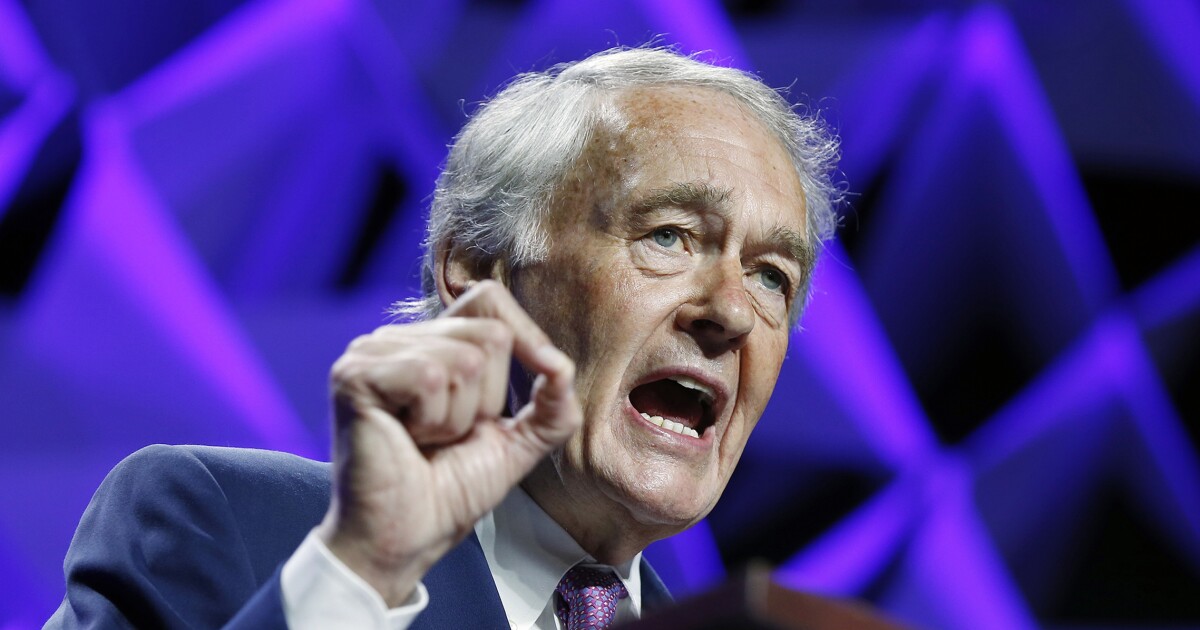 A Massachusetts senator is calling for President Joe Biden to secure a climate deal that reduces emissions while bolstering the economy.

In a letter to the president, Markey, who was joined by dozens of colleagues, issued a letter to the president ahead of the United Nations Framework Convention on Climate Change urging him to “secure a deal on his Build Back Better agenda” that would cut pollution in half by 2030 and create union jobs while advancing environmental, racial, and economic justice.

“The climate crisis presents deadlines that are imposed on us by science – deadlines that are rapidly passing us by,” wrote the lawmakers in their letter. “The COP26 summit could be the last opportunity for world leaders to take bold action before it is too late to secure a livable climate by limiting global warming to 1.5 degrees Celsius. We’re facing an existential crisis, with American leadership, economic prosperity, and our very lives at stake.”

The lawmakers are asking the president that when he attends the conference in Glasgow, Scotland, “to deliver on your administration’s commitment to cut climate pollution at least in show by 2030 and show the world that the United States is boldly investing in climate action,” the letter reads.

In the letter, the lawmakers urge the president to seize the “historic opportunity to make clear that America is ready to lead the international community in the battle against the climate crisis.”

Markey and his fellow lawmakers encouraged the president in the letter to create good-paying union jobs and environmental justice in the Build Back Better agenda.

The lawmakers said in the letter they fell the “only way to get the rest of the world to take climate action” is if the United States “championship and models bold climate action.”

In the letter, the lawmakers cite Senate Majority Leader Chuck Schumer as saying the climate investments in the Build Back Better Act “have the combined potential to deliver the vast majority of your international climate commitment by cutting climate pollution by 45% by 2030.”

The lawmakers said they would continue to push legislation pertaining to the Clean Electricity Performance Program and a robust package that promotes clean electricity, vehicles, and manufacturing tax credits, according to the letter.

In the letters, the lawmakers say the climate crisis “is here and it’s an emergency,” citing heat waves and wildfires that have ravaged the West while storms from New York to Louisiana have displaced families while droughts have affected the Midwest.

The lawmakers closed out the letter thanking Biden for his “leadership and bold vision on Build Back Better.”