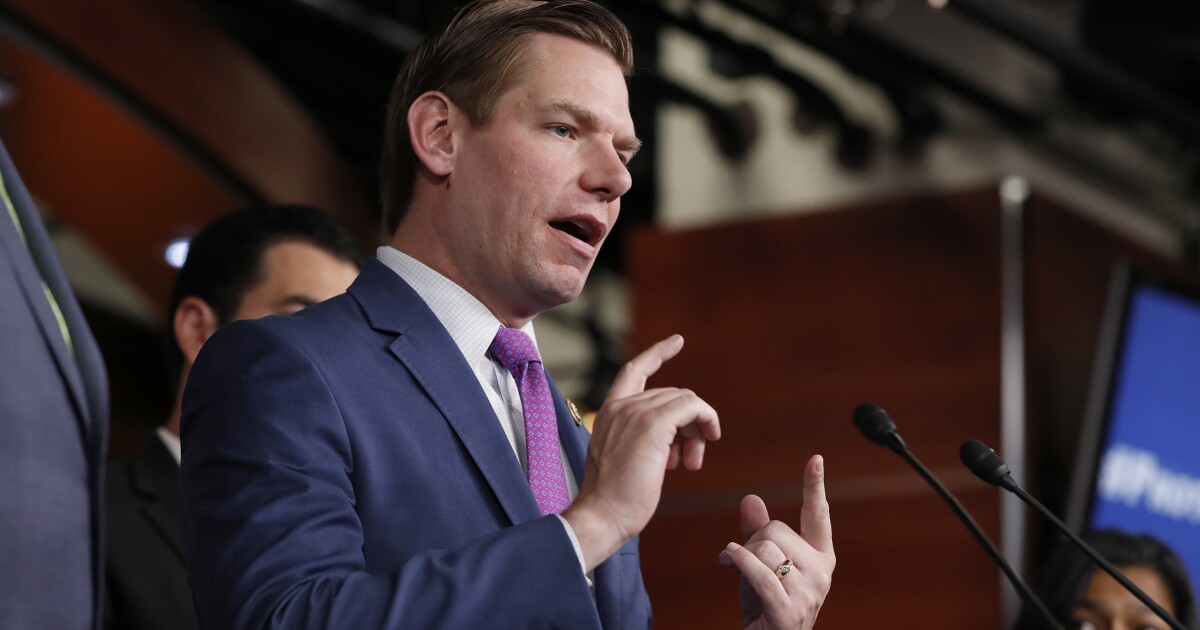 The top House Republican renewed his call for Democratic Rep. Eric Swalwell to be removed from the House Intelligence Committee over his relationship with suspected Chinese spy Christine Fang and said the FBI should give every member of the intelligence committee the same briefing he received Friday.

Minority Leader Kevin McCarthy, a California Republican, called upon House Speaker Nancy Pelosi to pull Swalwell, a California Democrat, from the sensitive post. He told Maria Bartiromo of Sunday Morning Futures on Fox News that the entire intelligence committee deserved the same FBI briefing about Fang that only he and Pelosi had received, arguing no one could hear the classified details that he had and still think Swalwell should be on the committee, with oversight over the CIA and the intelligence community.

“It was just the Speaker Nancy Pelosi and myself. It was a very thorough briefing. No one that was in that room could walk out and say Eric Swalwell should be on the Intel Committee. … They had a briefing before in 2015, and I don’t know what that briefing was like compared to this one, but it could not have been the same. The one answer that I got out of that briefing was there is no way Eric Swalwell should continue to serve on the Intel Committee,” McCarthy said. “And the challenge here is the leaders of both parties are the only people who select to go on the Intel Committee. That is why today, Maria, what I’m going to request, that every single member on the House Intelligence Committee gets the exact same briefing from the FBI that I did, because if this individual is sitting on this committee, Eric Swalwell, they’ve got to know the background of what has gone on. I can’t talk about the classified part, but you know what’s out there in the press.”

Fang Fang, also known as Christine Fang, a Chinese national believed to be working with China’s Ministry of State Security, conducted an extensive political influence operation between 2011 and 2015 on behalf of the Chinese Communist Party in the Bay Area and elsewhere, according to a report by Axios that cited U.S. intelligence officials. Swalwell's association with Fang, which he has refused to describe in detail, reportedly lasted from 2011 to 2015. Swalwell was elected to the House in 2012.

Fang is suspected of targeting other politicians in California and elsewhere in the country, including romantic relationships with at least two Midwestern mayors. She reportedly acted as a financial bundler for Swalwell and helped place at least one intern in his congressional office. Fang suddenly left the United States in the summer of 2015.

Swalwell became a member of the House Intelligence Committee in early 2015 and unsuccessfully ran for the Democratic presidential nomination in 2019.

McCarthy pointed out that “Swalwell wasn’t the only individual — there are mayors involved across this country,” and he said that “this is how in-depth the Chinese are at spying on America.”

The GOP leader said Fang “went … to know Eric Swalwell as the city councilman, helped him to get to Congress, and continued and tried to put interns in his office.” He said that “this is so concerning — and then, as a very junior member, just in his second term he gets named to the Intel Committee and that exact same year when the FBI came to brief the Intel Committee because they were concerned of what they saw, he gets put as the ranking Democrat over the CIA.” McCarthy said, “I do not understand how this has continued this long, and the first time I’ve heard about it or got a briefing on it was Friday.”

A number of other high-profile Republican members of Congress have called for Swalwell’s removal from the intelligence perch, too, arguing that Swalwell’s “close interactions with Chinese intelligence services, however unintentional they may be, are an unacceptable national security risk.”

Earlier this month, Swalwell went on CNN and briefly defended himself. “I was told about this individual by the FBI,” he said, adding, “All I did was cooperate.” Swalwell blamed the story on politicized leaks, which he claimed happened because he was a critic of Trump during the impeachment fight. Axios pushed back against Swalwell’s claims, with its editor-in-chief saying that “our journalism is … never politically motivated” and pointing out the congressman never disputed the reporting.

McCarthy said Sunday that “the Intel Committee … is where America’s secrets are kept, this is where the individuals are able to know things that other members are not.”

In response to the revelations, Swalwell’s office said that “Rep. Swalwell, long ago, provided information about this person — whom he met more than eight years ago, and whom he hasn’t seen in nearly six years — to the FBI. To protect information that might be classified, he will not participate in your story.”

Pelosi has said she does not have “any concern” about Swalwell, and Drew Hammill, a spokesman to Pelosi, previously said, “The speaker has full confidence in Congressman Swalwell’s service in the Congress and on the Intelligence Committee.”

“The one thing I would know that Nancy Pelosi needs to do,” McCarthy said. “She’s the only decision-maker in whether Eric Swalwell stays on the committee or not. She got the exact same briefing that I got. It is clear. It’s without a doubt — I would never put him on that committee, and I would remove him today.”