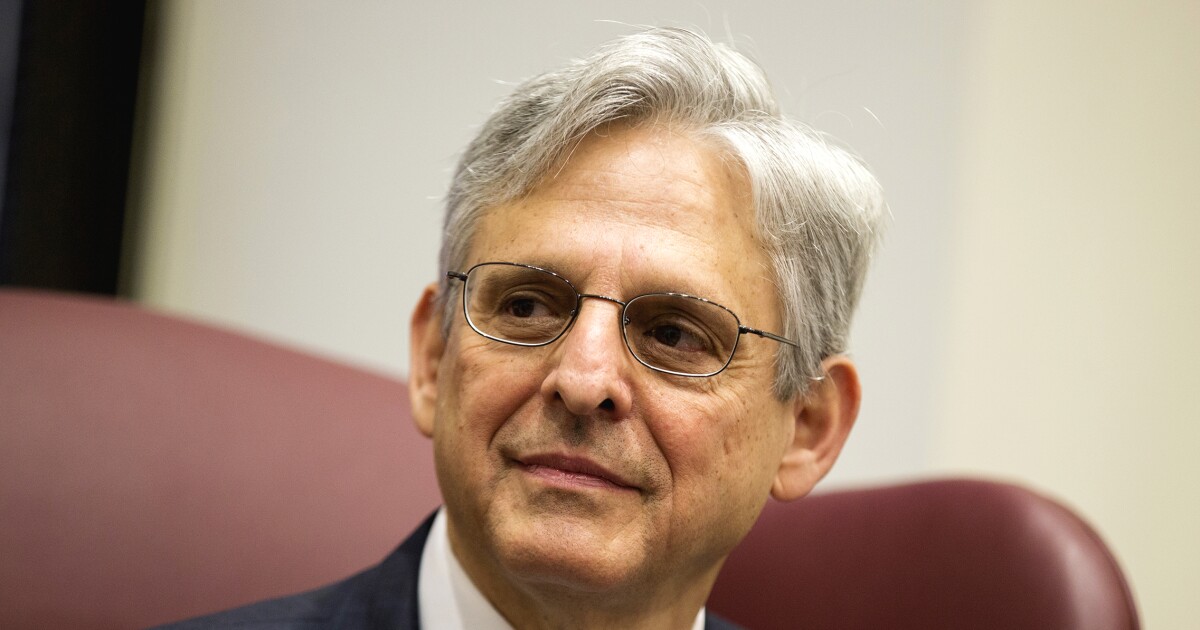 President Biden's nominee for attorney general, Judge Merrick Garland, cites the Justice Department’s century-and-a-half-old battle against the Ku Klux Klan as he sets his focus on prosecutions against rioters who stormed the U.S. Capitol last month in planned remarks for his Senate confirmation hearing on Monday.

The testimony will offer the public a chance to hear from Garland, a Harvard Law School graduate and judge on the U.S. Court of Appeals for the District of Columbia Circuit, more than four years after his ill-fated nomination as former President Barack Obama's pick for the Supreme Court. Should he be confirmed as attorney general, Garland will inherit a sweeping investigation into Capitol riot on Jan. 6, the day the Congress had assembled to certify Biden’s win over former President Donald Trump. His opening remarks, released late Saturday night, span issues from civil rights to national security.

“If confirmed, I will supervise the prosecution of white supremacists and others who stormed the Capitol on January 6 — a heinous attack that sought to disrupt a cornerstone of our democracy: the peaceful transfer of power to a newly elected government,” Garland plans to say.

Federal prosecutors have filed charges against more than 200 people accused of participating in the siege of Congress. Those who are allegedly affiliated with the rightwing Proud Boys as well as the Oath Keepers militia group have been charged with conspiracy to interrupt the certification of Biden’s 2020 election win over Trump. The FBI described the Proud Boys as “nationalist organization with multiple U.S. chapters and potential activity in other Western countries” and the Oath Keepers as “a large but loosely organized collection of militia who believe that the federal government has been coopted by a shadowy conspiracy that is trying to strip American citizens of their rights.” Many others arrested do not appear to be affiliated with such groups.

Garland will say the Justice Department “protects Americans from environmental degradation and the abuse of market power, from fraud and corruption, from violent crime and cybercrime, and from drug trafficking and child exploitation.” He will add: “And it must do all of that without ever taking its eye off the risk of another devastating attack by foreign terrorists. The Attorney General takes an oath to support and defend the Constitution of the United States against all enemies — foreign and domestic.”

Looking to the past, Garland will say, “150 years after the Department's founding, battling extremist attacks on our democratic institutions also remains central to its mission.”

“Celebrating DOJ's 150th year reminds us of the origins of the Department, which was founded during Reconstruction, in the aftermath of the Civil War, to secure the civil rights promised by the 13th, 14th and 15th Amendments,” Garland is expected to say. “The first Attorney General appointed by President Grant to head the new Department led it in a concerted battle to protect black voting rights from the violence of white supremacists, successfully prosecuting hundreds of cases against members of the Ku Klux Klan.”

Three weeks ago, the FBI revealed that the pipe bombs found by investigators outside the headquarters for the Republican National Committee and the Democratic National Committee had been planted the night before the storming of the Capitol. Steven D’Antuono, assistant director in charge of the FBI’s Washington Field Office, said finding the person who planted the devices was a top priority, but there have been no developments made public this month.

U.S. Attorney Michael Sherwin said that that “specialized teams” have been considering “seditious conspiracy” charges, but no one has yet been charged with sedition.

Five people died during the riot. U.S. Capitol Police officer Brian Sicknick was fatally injured during the siege. He received the rare tribute of lying in honor in the U.S. Capitol Rotunda before his cremated remains were sent to Arlington National Cemetery to be laid to rest. Ashli Babbitt, an Air Force veteran and Trump supporter, was shot and killed by a Capitol Police officer while she attempted to climb through a window into the Speaker's Lobby. Three others died from “medical emergencies,” according to officials.

The Justice Department has said in court that approximately 81 members of the Capitol Police and 58 members of the Metropolitan Police Department were assaulted during the siege, and that the Capitol sustained millions of dollars in damage. The House impeached Trump last month on a charge of inciting an insurrection in connection to the Capitol riot, but he was acquitted by the Senate in early February.