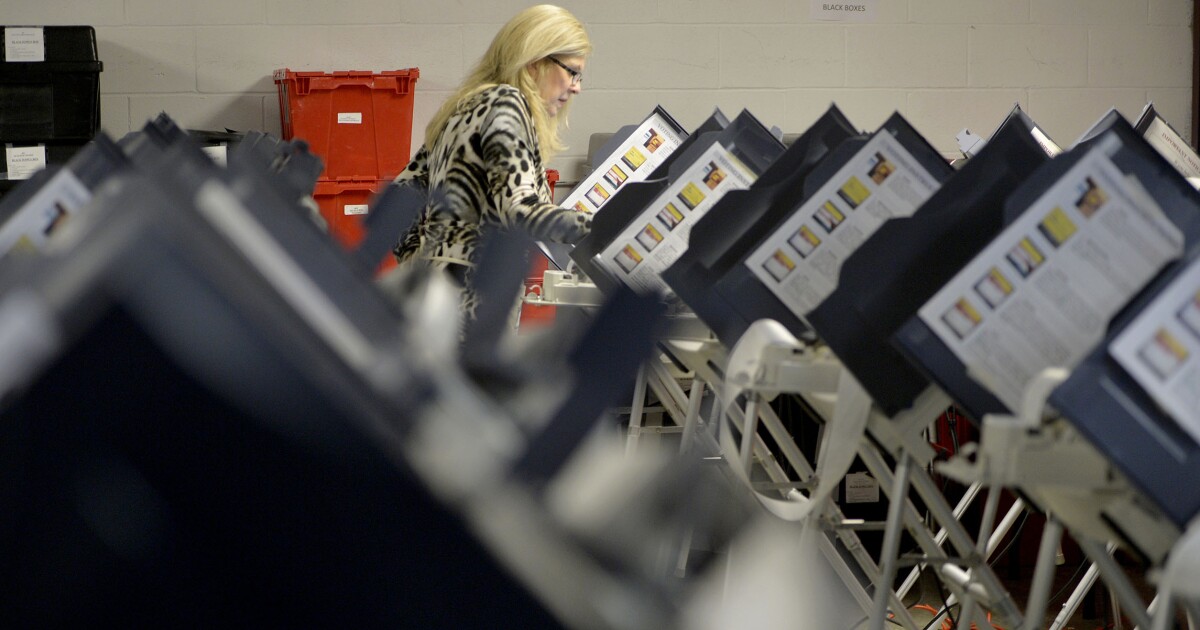 Michigan Secretary of State Jocelyn Benson filed an emergency motion to intervene in a lawsuit that focuses on Dominion voting machines.

The motion was filed on Wednesday, and if it is approved during a planned Thursday hearing, it would permit the state access to scrutinize claims of election fraud raised in the lawsuit at hand, according to the Detroit Free Press.

“The Secretary has an interest in Plaintiff’s claims that the officials whom she supervises either failed to operate the Dominion voting system tabulator properly or otherwise failed to perform their canvassing duties to ensure a proper canvass as to all candidate races, local and state, as well as all ballot proposals in the County, as a result of any purported tabulator errors or intentional fraud,” the Wednesday court filing reads.

The Michigan attorney general’s office declined to comment further about the motion when contacted by the Washington Examiner.

The plaintiff in the case is named William Bailey. Bailey is challenging a local marijuana retailer proposal that passed by a slim margin after a retabulation that didn’t include three damaged ballots. Because Dominion machines were in play, it has gained outsize attention from President Trump’s legal team and Trump-adjacent lawyers, some of whom have made tenuous claims that Dominion was involved in fraud.

A judge granted a forensic audit of several voting machines in Antrim County, and, on Sunday, several people were in attendance during the process.

Prior to the Wednesday motion to intervene, Michigan Attorney General Dana Nessel’s office sent an email to Bailey's lawyers noting that the state was considering an intervention. She said that Benson was concerned about the claims that the county’s results were “somehow influenced by fraud or the purported rigging of the … tabulators,” as the lawsuit alleges.

On Tuesday, following the forensic audit of the voting machines, Michigan Department of State spokesman Jake Rollow warned of a “group” that wants to spread disinformation about the reliability of Dominion voting equipment in the United States.

“It is disappointing, though not surprising, that the primary goal of this group is to continue spreading false information designed to erode the public’s confidence in the election. By doing so, they injure our democracy and dishonor the 5.5 million Michigan citizens who cast ballots,” he said.

Dominion Voting Systems vociferously denies being involved in a vote-switching scheme, pointing to a joint statement released by Trump's own Homeland Security Department that asserted the 2020 election was “the most secure in American history,” adding, “there is no evidence that any voting system deleted or lost votes, changed votes, or was in any way compromised.”

The Wednesday move to intervene comes just hours after Benson’s office announced a zero-margin, risk-limiting audit of the presidential election will be conducted in Antrim County in December by the Michigan Bureau of Elections. The state described the audit as “essentially a hand tally of every ballot, which can be compared with the machine-tabulated results.”

The office also noted that it would be forging forward with a “long-planned,” statewide, risk-limiting audit that entails the hand-counting of thousands of random ballots from across the state.

Antrim County first entered the national spotlight last month, when it was revealed that a human error resulted in 6,000 votes erroneously being tabulated for President-elect Joe Biden rather than Trump. The mistake was soon corrected.

Biden won the state of Michigan by more than 150,000 votes. His total projected Electoral College votes are 306 to 232 for Trump.