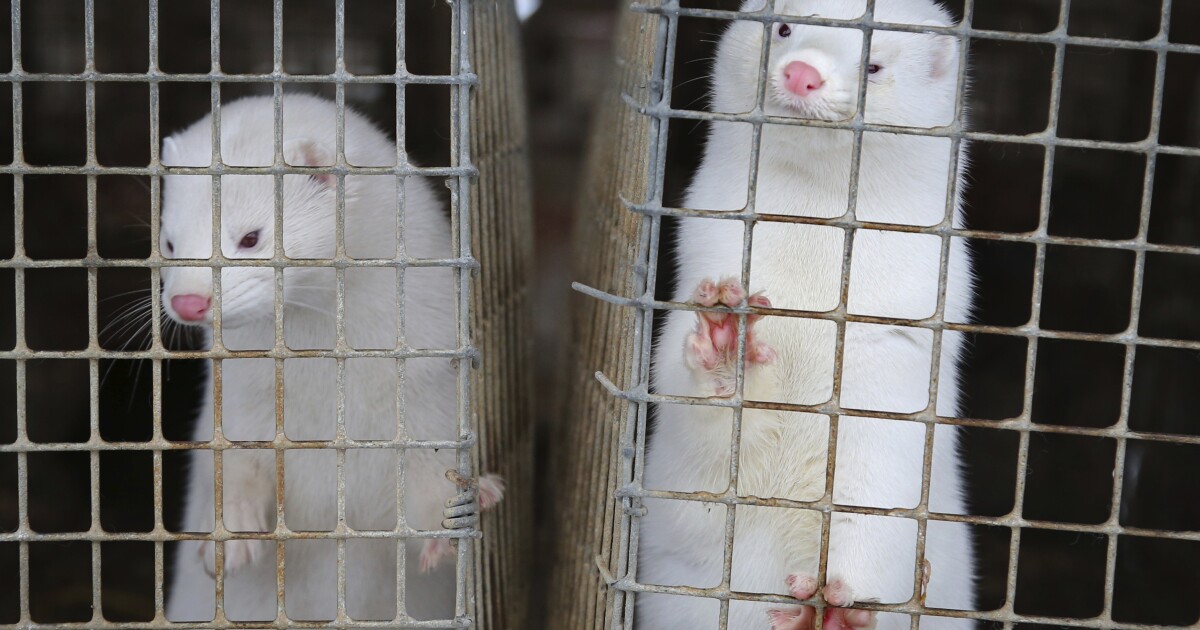 A mink has tested positive for COVID-19 after escaping from a quarantined Oregon fur farm that an environmental group says exposes bigger problems concerning government transparency.

The farm in question was placed under quarantine by state officials in November and has remained anonymous due to state privacy laws, according to the Oregon Department of Agriculture (ODA).

The escaped mink was caught by state biologists on December 13 along with five opossums and two cats from the area. The captured mink was the lone animal to test positive for the virus, the ODA officials reported.

The Center of Biological Diversity, an environmental group, wrote to Oregon state agencies on November 6 urging them to take active measures to curb the spread of COVID-19 at Oregon's mink farms.

It has since called on the state to collect and release more data on mink farm infection rates statewide out of concern for animal to animal transmission of the virus.

“We need Oregon officials to step up and ensure that the spread of the virus at mink-farming operations doesn’t undermine upcoming vaccination efforts,” said Hannah Connor, a senior attorney at the Center. “Along with releasing basic information, we need the state to take proactive measures like planning for the safe disposal of infected mink carcasses, putting other mink operations under quarantine, and halting mink breeding programs to protect public health.”

Oregon is home to 11 known mink farms that produce up to 430,000 of the animals, eight of which are located in Marion County which has seen 23 active COVID-19 workplace outbreaks in November.

The US. Department of Agriculture reports that Utah and Wisconsin have seen at least 16 confirmed cases of COVID-19 in minks in 2020.

In Denmark, as many as 15 million mink are slated for slaughter following a mass outbreak of COVID-19 on a Danish mink farm earlier this year.

Scientists are divided over how significant of a role animals play in spreading the virus. Most say their role is probably low in lieu of more studies compared to human to human transmission.

The ODA further reported that the risk of COVID-19 transmission among different species of wildlife is still unfounded.

“There is no evidence that SARS-CoV-2 is circulating or has been established in the wild,” said ODA state veterinarian Dr. Ryan Scholz. “Several animals from different species were sampled, and all others were negative. Still, we are taking this situation very seriously and continuing to survey and trap near the farm.”

The department also announced it intends to conduct more DNA tests on the trapped mink to ensure they can pinpoint their exact place of origin.

ODA officials report the infected mink at the Oregon fur farm recovered from the November outbreak as of December 21.

The farm will see its quarantine lifted following one more round of testing per CDC guidelines.