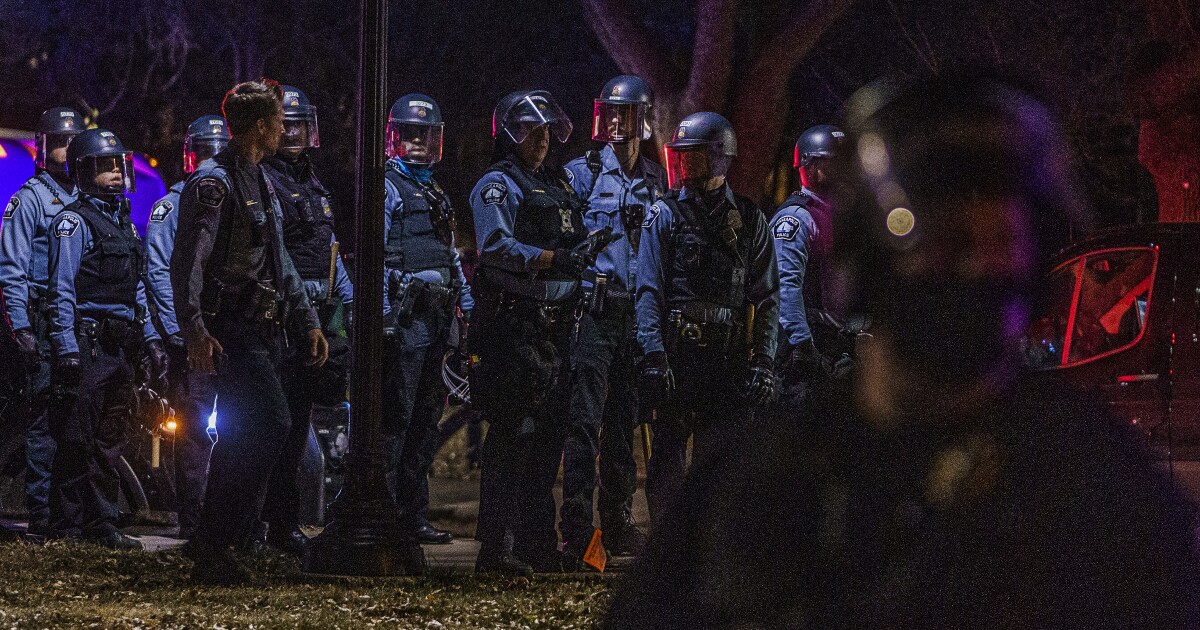 Five months ago, the Minneapolis City Council vowed to “dismantle” their police department.

But this week, the council voted 7-6 to advance a measure to temporarily hire between 20 and 40 additional officers from the Hennepin County Sheriff’s Office and Metro Transit Police to respond to violent 911 calls.

The plan still needs final approval, with an expected vote on Friday.

The turnaround follows a record number of homicides in 2020.

Nearly 500 people have been shot this year while 100 officers have left the department to date in 2020, more than double the typical average.

“We’re not gonna be having these people out taking bicycle theft reports. These are going to be people out combating crime issues,” Minneapolis Police Department spokesperson John Elder told the Star Tribune.

The plan comes with an approximate price tag of $500,000, and would reimburse the Sheriff’s Office and Metro Transit Police for their officers through Dec. 31.

Earlier this year, eight Minneapolis residents sued the city council and Frey, claiming they are violating the City Charter requirement to fund a minimum Minneapolis Police Department force of 0.0017 employees per resident, or roughly 730 officers.

The lawsuit argued that the number of licensed police officers has dropped from 825 at the start of 2020 to about 634 to protect a 425,000-person city. The city has denied the allegation.

“Our city is bleeding at this moment,” Arradondo said. “I’m trying to do all I can to stop that bleeding.”

“I’ve got almost 500 people who’ve been shot and wounded in this city,” Arradondo said. “We can go back and forth on the $185 million [budget], but that isn’t stopping the bloodshed that's occurring every day in our city.”

Council member Lisa Goodman described how more officers could help protect one of her constituents who was beaten, robbed, carjacked and now fears for her life.

“This is not a perception of safety issue,” Goodman said. “Even a handful of more officers means calls will be responded to faster … and might free up time to investigate.”

Other members were skeptical of any change $500,000 would make when officers have already been targeting violent crime.

About 90% of the $185 million budget is salaries and benefits, Arradondo said, and he’s not sitting “on a treasure chest.”

“If you choose to say no to these victims of crime, then please stand by that,” Arradondo told Fletcher. “I’m saying we need more resources today, and right now.”