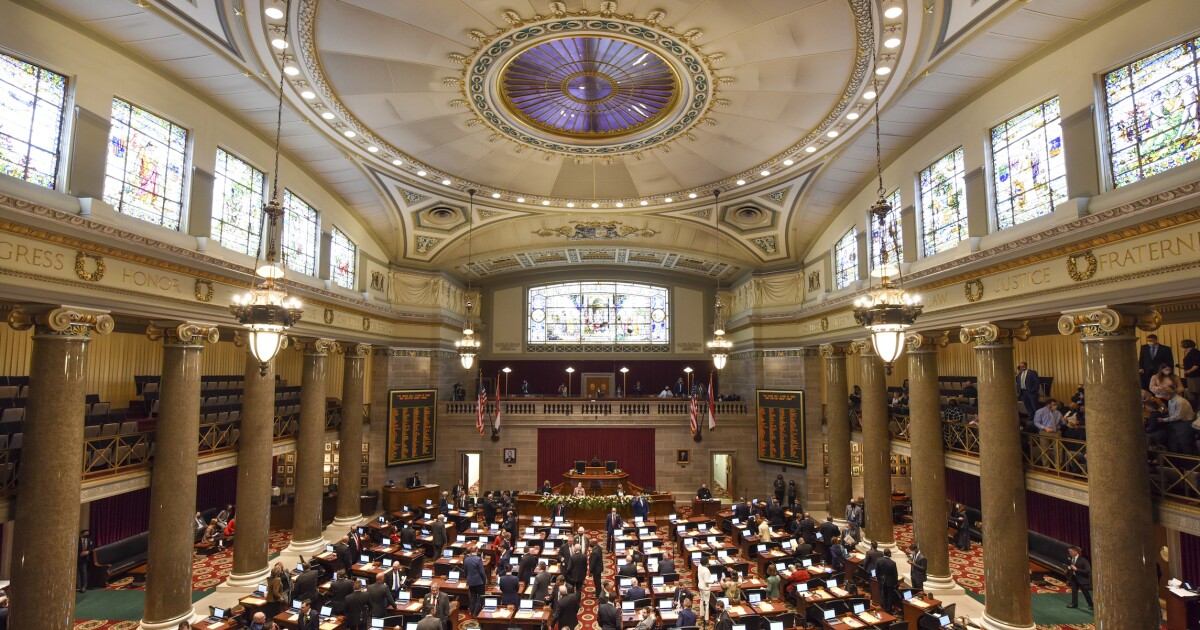 Amid an ongoing COVID-19 pandemic that has only intensified since it short-circuited the 2020 session last spring, the Missouri state Legislature convened its 2021 legislative session Wednesday in Jefferson City.

The 34-seat Senate swore in 11 new members Wednesday with Republicans controlling the chamber by a 24-10 margin. Sen. Dave Schatz, R-Sullivan, was reelected as Senate president for a second, two-year term.

Vescovo said he would take on a bipartisan attitude in his leadership role “with the commitment of earning your trust and the trust of the people of Missouri.”

Ending the COVID-19 pandemic and addressing pressing budget concerns left in its wake will influence the entire session, which is scheduled to adjourn May 30.

According to a Dec. 10 estimate by state economists, Missouri is anticipating a 4.1 percent drop in general revenue collections next fiscal year, from an anticipated $10.2 billion this year to $9.78 billion in the year that begins July 1.

Gov. Mike Parson, a Republican who opposed Medicaid expansion when voters approved it in 2018, has promised to implement it as adopted. He will explain his plans to do so during his Jan. 27 State of the State address.

According House GOP leaders, many Republicans will continue to oppose funding the expansion, but Democrats and some Republicans, including Parson, say they will battle for adequate funding to finance the expansion.

Parson has ceded to local officials the authority to make public health decisions. If adopted, the bills would restrict the extent of those local rules.

Current law only allows charter schools in St. Louis and Kansas City. Senate Bill 25, sponsored by Sen. Bill Eigel, R-Weldon Spring, would allow charters to operate in any city within a charter county or in any city with a population greater than 30,000.

Republican lawmakers are expected to assuage the Missouri Chamber of Commerce and Industry and adopt liability protections for businesses to limit COVID-19-related lawsuits. Several such bills have been filed.

Schatz has again filed measures to both raise the state's gas tax to pay for infrastructure improvements.

Missouri hasn’t raised its gas sales tax since 1996. At 17 cents a gallon, it is the nation’s second lowest state gas surcharge behind only Alaska’s 14 cents per gallon tax.

Schatz’s proposed Senate Bill 262 would increase the state motor fuels tax by 2 cents annually beginning July 1, 2021, for five years until it is 27-cents-per-gallon in 2026.

As lawmakers were sworn in, outside the Capitol in Jefferson City dozens of President Donald Trump supporters peacefully rallied while in Washington, D.C., they were storming the nation’s Capitol, disrupting the confirmation of President-elect Joe Biden’s Electoral College victory.

A news conference planned by Senate Democrats was canceled “in light of domestic terrorists storming the United States Capitol Building in Washington, D.C.”

“Domestic Terrorists are waving Trump flags and storming the U.S. Capitol in an act of modern treason against the United States of America,” said Senate Minority Leader John Rizzo, D-Independence.