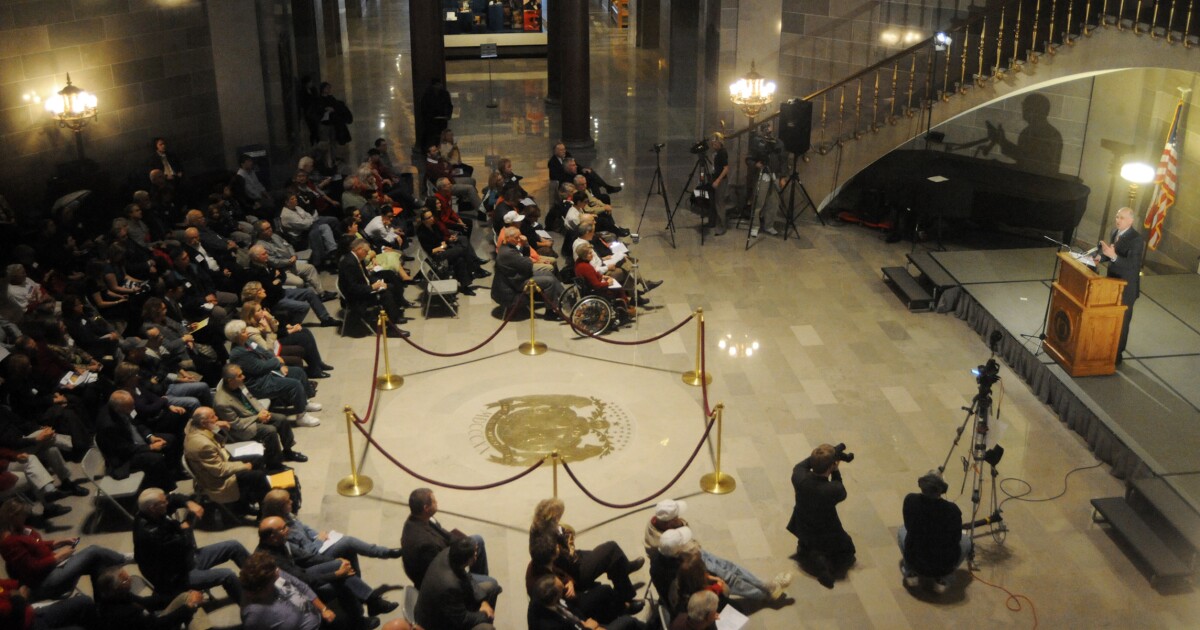 The Senate advanced House Bill 14 in a 23-1 vote after the Missouri House approved the emergency spending measure in a 133-5 tally on Nov. 12.

Parson also agreed with legislative leaders to expand the extraordinary sessions to include proposed bills outlining COVID-19 liability protections for businesses and employers. Sen. Ed Emery, R-Lamar, had one ready for review.

On Tuesday, however, without comment, Parson removed COVID-19 liability protections from the extraordinary session’s agenda, pushing Emery’s measure for introduction during the 2021 session, which begins Jan. 6.

The bill was being heard in Emery’s Government Reform Committee when Parson issued his request to legislative leaders to push the bill back to the 2021 session.

Wednesday’s Senate floor discussion was less geared to passing the supplemental budget measure and more about a prospective 2021 measure that would restrict counties’ and cities’ authority during an emergency, such as the COVID-19 pandemic.

State Sen. Eric Burlison, R-Springfield, cast the lone dissenting vote because, he said, the money would allow “local tyrants to track our citizens” and will be a disaster for taxpayers.

“The amount of wasteful spending is nauseating,” Burlison said in a statement. “Remember, every dollar spent today is a tax you will pay tomorrow.”

State Sen. Andrew Koenig, R-Manchester, said he would pre-filed a bill – the pre-filing period opened Tuesday – that would limit local governments’ power to shut down or restrict the operations of businesses and places of worship.

“I never imagined a situation where I would have to flee to the city of St. Louis to be more free,” Koenig said. “This is an emergency situation where people’s lives are being destroyed; people are going into bankruptcy because of these regulations, and they have no right to do what they’re doing. We have people’s rights being completely trampled on in St. Louis County.”

“They are destroying people’s livelihoods,” agreed Sen. Bill Eigel, R-Weldon Spring, adding ii is the Legislature’s obligation to “step in when they step over the line and put a stop to it.”

Koenig’s bill would limit county-wide shutdown orders to two weeks over a two-year period before requiring approval from the Legislature and governor.

The proposed legislation would eliminate property taxes for businesses during a shutdown, disallow restrictions for religious institutions and do away with caps on the number of people able to gather in a home at a time.

Koenig’s proposed bill would also remove restrictions for parents in hospitals where their children are born.

Koenig introduced the bill at a news conference Tuesday at Satchmo’s, one of five restaurants that subsequently had their permits suspended by the St. Louis County Health Department for violating health ordinances.