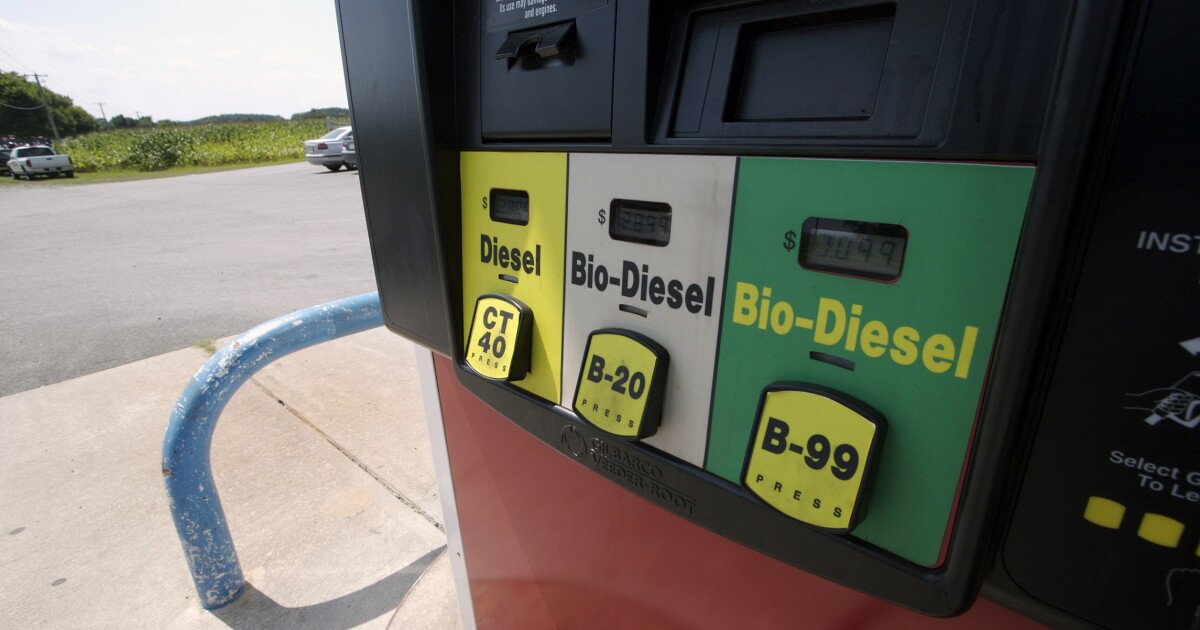 Missouri ranks second in the nation in biodiesel production with seven plants in the state producing roughly 200 million gallons of renewable fuel annually that can be blended into diesel to reduce emissions and provide alternate markets for farmers’ crops, according to the Missouri Soybean Association.

With the present capacity to expand that output to at least 250 million gallons a year — and with the state’s $2.2 billion soybean industry suffering a 30-percent decline in sales because of trade disputes with China — yet another attempt will be made to follow virtually every other state in the nation in establishing biodiesel fuel minimums (BFMs) when Missouri lawmakers begin their 2021 session on Jan. 6.

Senate Bill 96, pre-filed by Sen. Denny Hoskins, R-Warrensburg, is the 2021 version of the ‘Missouri Made Fuels Act’ that he filed during last session that may have been adopted had the COVID-19 outbreak not forced an early adjournment.

Under the act, all diesel fuel sold or offered for sale in Missouri for use in internal combustion engines shall contain at least these percentages of biodiesel fuel oil by volume on and after the following dates:

The BFMs will be implemented between April and October when the state’s Department of Agriculture Director submits notice in the Missouri Register that certain conditions set forth in the act have been met.

The full text of SB 96 had not been posted Monday afternoon on the Missouri Senate’s website, but in outlines of the proposed measure that he has discussed with reporters, Hoskins said the BFMs shall not apply to a wide range of equipment, spell out what requirements are for bills of lading or shipping manifests and includes a Class A misdemeanor as punishment for violators.

The ‘Missouri Made Fuel Act’ will help Missouri’s farmers while growing its biodiesel industry, trimming back on greenhouse emissions and lowering the cost of a gallon of gas by as much as 17 cents, Hoskins said.

“We have all these other states buying our soybean product, and we’d like to keep it right here at home and create more jobs and add more value to the market, as well as to our farmers,” he told The Missouri Times. “Other states that currently have a biodiesel standard have seen a wide range of success, and it’s brought economic growth to their state. We’re just trying to keep that soybean byproduct here in the state, grow jobs, and grow the economy here in Missouri.”

Hoskins filed a similar bill, SB 568, last year that passed through the Senate Agriculture, Food Production and Outdoor Resources Committee but did not advance further during the abbreviated session.

SB 568 “was the first year that we rolled (such a bill) out,” Hoskins said. “We’ve worked with convenience stores, farming groups, and the petroleum industry. When we talk about ‘Missouri made’ and our reliance on other countries for our fuels and things like that, this is one way to help our local soybean farmers who currently have to sell their product to other states.”

The Missouri Soybean Association supported last year’s bill and Policy Director Casey Wasser said it will back the 2021 version of ‘Missouri Made Fuels Act’ “as a way to provide stability to an industry that adds 2,500 jobs to Missouri’s economy, and over $50 million annually in state tax revenue. If we do not prioritize our rural communities, farmers, and our biodiesel production plants, Missouri will lose out to other states that are.”