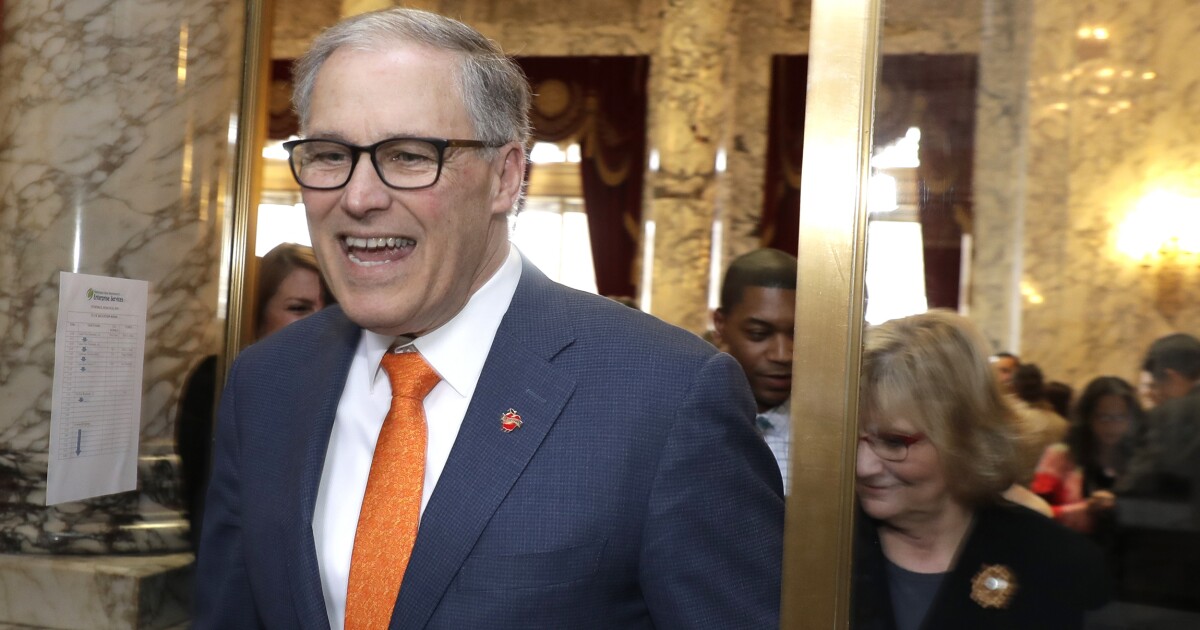 Another coalition of Washington property owners is suing Gov. Jay Inslee and Attorney General Bob Ferguson over the state’s moratorium on evictions.

The Washington Business Properties Association announced on Thursday it had filed a federal lawsuit in the Eastern District of Washington which seeks injunctive relief from the eviction ban.

Three landlords are named as plaintiffs in the lawsuit, which claims that Inslee’s order banning evictions through the end of the year was unlawful and offered no relief for property owners.

The association argues that the statewide eviction moratorium will only drive rent up further after the pandemic is over when landlords attempt to recoup their losses.

It adds that the ban is being abused by tenants who may have the means to pay rent during the pandemic. The plaintiffs blame Inslee for what they describe as giving tenants an excuse to take advantage of property owners.

“Plaintiffs are sympathetic to tenants who have actually suffered hardship due to the COVID-19 Pandemic,” the plaintiffs wrote in the lawsuit. “However, the Proclamations actively undermine any such attempts at cooperation and allow tenants who have the ability to pay all or some of their rent to ignore and ultimately escape their contractual obligations for the foreseeable future regardless of whether they have been financially harmed by the Pandemic.”

Under Inslee’s proclamation, landlords are banned from increasing rent or security deposits for residential and commercial units. Tenants may still be evicted if landlords decide to sell or occupy the property.

One plaintiff, Enrique Jevons, owns 88 housing units in Yakima and manages rental properties across several counties, according to the lawsuit. He alleges that many of his tenants are behind on rent payments despite having the financial means to pay.

According to Jevons, he may have to pursue bankruptcy or foreclosure if Inslee’s orders are extended any further as his business does not qualify for mortgage forbearance.

A second plaintiff, Landon Glenn, owns 47 rental units across Yakima County managed full-time by his father, Rick. Glenn makes similar allegations that many of his tenants who are behind on payment can afford their monthly rent.

The third plaintiff, Freya Burgstaller, owns 12 housing units in Yakima County. She alleges that Inslee’s orders have prevented her from evicting a tenant for nonpayment and noise complaints made against them by their neighbors.

Members of the Washington Business Properties Association allege further that Inslee’s orders were unconstitutional as they did not receive input from state lawmakers.

Under state law, Inslee has broad authority to proclaim a state of emergency in any area of the state by law during a declared emergency to temporarily waive or suspend statutory obligations to “preserve and maintain life, health, property, or the public peace.”

In response to a statewide flooding emergency in 2007, Washington lawmakers voted to allow the governor to temporarily waive or suspend state statutes.

This is only the latest lawsuit to be filed against Inslee and other Washington leaders since the pandemic began. Seattle Mayor Jenny Durkan was named as defendant in a similar lawsuit from local landlords in September.