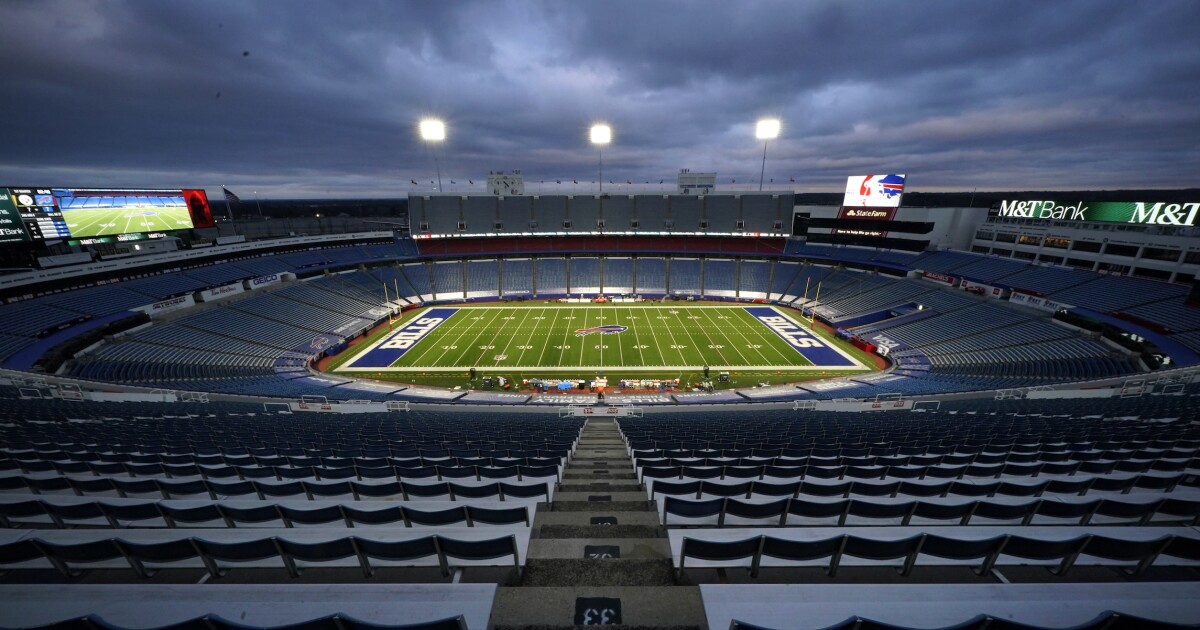 After mentioning the possibility of it last week, New York Gov. Andrew Cuomo announced on Wednesday that the Buffalo Bill will get to have more than 6,700 fans in attendance for their first home playoff game in nearly a quarter-century.

The game will serve as a proof-of-concept for New York’s plans to reopen segments of the economy. Fans attending the game must test negative for the coronavirus before they will be allowed entry into Bills Stadium.

“The entire Bills organization misses the energy of our fans at our games,” Terry Pegula said. “We know they're there, but we want them here – if you know what I mean – at the game. And even though they'll prepare in limited numbers, we will feel and definitely soak in their support at this game.”

According to a fact sheet on the Bills website, fans must pay a $63 fee per ticket to cover testing costs. They will schedule a time with BioReference to take the test a couple days prior to the game.

That drive-through testing will take place at the stadium, and the company will provide results via email.

Those who test positive will be eligible for a refund for their ticket. Prices range from $65 to $330, plus fees and parking. Tickets, available in groups of two or four only, will be made available starting Thursday to team season ticket holders and based on seniority.

No tailgating will be allowed, and people will not be able to resell their tickets.

According to state Budget Director Robert Mujica, fans must wear a mask from the time they leave their car to enter the stadium until they return to it after the game.

If the pilot succeeds and the Bills win, the team may be allowed to extend the project for other playoff games.

While Cuomo said he’s excited and plans to attend the game, he said the testing concept is essential to reopen other businesses that have been shutdown or severely restricted because of the virus.

“If it works there, can you do Madison Square Garden? Could you do a theater on Broadway?” Cuomo asked. “Could you do a certain capacity in a restaurant, so restaurants could start to reopen safely? That is the road that we're looking.”

Cuomo said the state is considering the project because it could be several months or maybe even a year before a critical mass, somewhere between 70 percent and 90 percent, of the population vaccinated.

Part of the reason it may take so long to get to that level of coverage is that the governor thinks people have underestimated the scope of getting millions inoculated. He noted testing for COVID-19 has been around for 10 months. Yet in that time, the number of tests administered still does not equal the number of vaccinations that will be needed to cover the country.