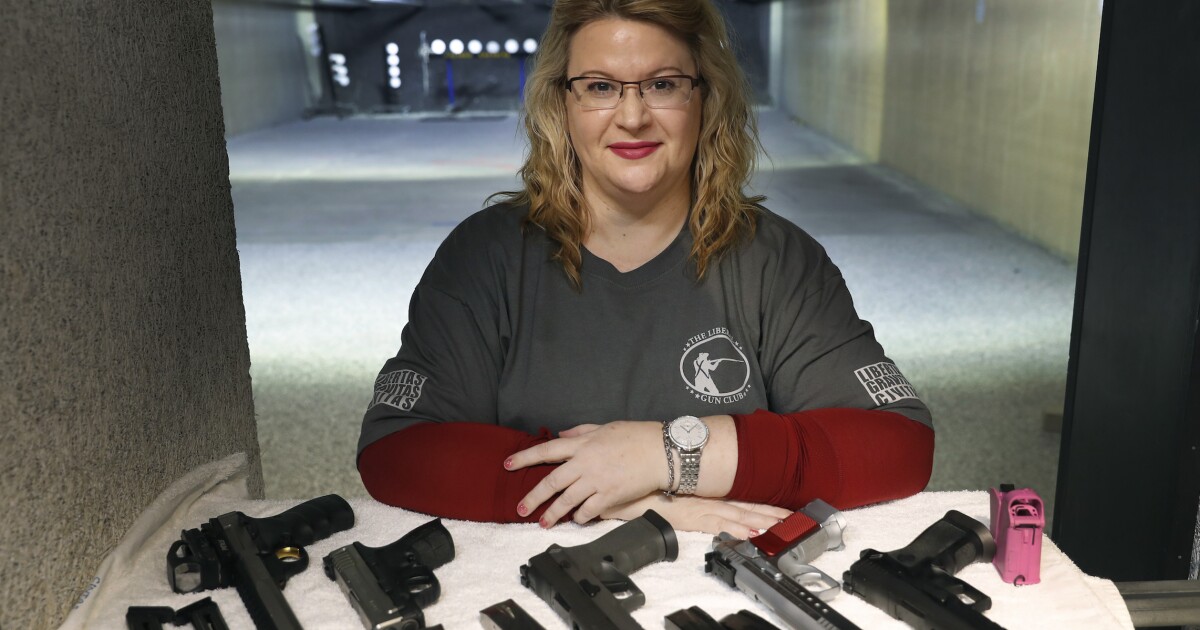 State officials blamed a number of factors for the delays, including the increase in applications.

According to FBI.gov statistics on NICS firearm checks, so far this calendar year Illinois had 6.6 million checks. Only Kentucky comes close with 2.9 million checks. Those numbers do not indicate the numbers of firearms sold, just the number of checks initiated.

Illinois State Police said Wednesday the average wait times are 121 days for FOID cards and there are nearly 145,000 pending applications as of this week. There are around 27,000 concealed carry license applications pending.

Gun groups and gun owners have challenged the FOID law in state and federal courts. A dozen lawsuits are pending.

“Let us do our jobs. Let us fix it. Or Governor Pritzker, you fix it,” said Bourne, R-Morrisonville. “But let us do it so that citizens don’t have to sue their own government to practice their constitutional right.”

Gov. J.B. Pritzker on Wednesday blamed fund sweeps from years ago, including under former Gov. Bruce Rauner, and said state officials are working on it.

“Making sure we have outcomes, goals and accountability in that system,” Pritzker said. “We certainly want to bring down that backlog.”

A FOID card costs $10 every ten years. The money is deposited into the State Police Firearm Services Fund, which has $8.3 million cash on hand, according to the state comptroller's website.

“There are rules set within the FOID system of how long they have to process these and they’re certainly not following,” said Davidsmeyer, R-Jacksonville.

The 121 days is double the 60 days cards are to be processed by law.

“So, I would say we need to suspend the FOID system until they can get it under control and stop violating peoples’ Second Amendment right,” Davidsmeyer said.

“We have seen a surprising number of requests for assistance with delayed FOID cards, both from in the district and from folks who find us by word of mouth or haven't gotten help from their Representative's offices,” said state Rep. Kelly Cassidy, D-Chicago, “As with all service requests, we do our best to solve the constituent's problem without regard to our feelings about issues.”

“The solution is to ensure that the department has the resources they need to do effective screening without unnecessary delays,” Cassidy said.

ISP officials said they presented to the Restore Illinois Commission in October a plan to integrate a modern structure to efficiently screen applicants and prioritize safety.

“This cannot be accomplished without the support of the General Assembly,” the agency said.

“Aurora showed to everyone that Illinois should be using less of our resources on an antiquated, outdated, inefficient, ineffective renewal process from the 1960s and more on enforcement against real threats to public safety,” ISP Director Brendan Kelly said in a statement. “Our people believe in building a system that makes it hard for the bad guys and simple and safe for the good guys. The Illinois State Police will keep pushing hard, but frankly we will need authority from the legislature to untangle, streamline and integrate the aging patchwork of FOID, concealed carry, firearms transactions, and records checks if we are going to fulfill this mission.”

A gun control group, including the Illinois Council Against Handgun Violence, released a statement Wednesday that didn’t address the months of delays residents have reported, but instead rejected any “rush” to approve gun ID cards without thorough background checks. The group proposed requiring fingerprints and other regulations.