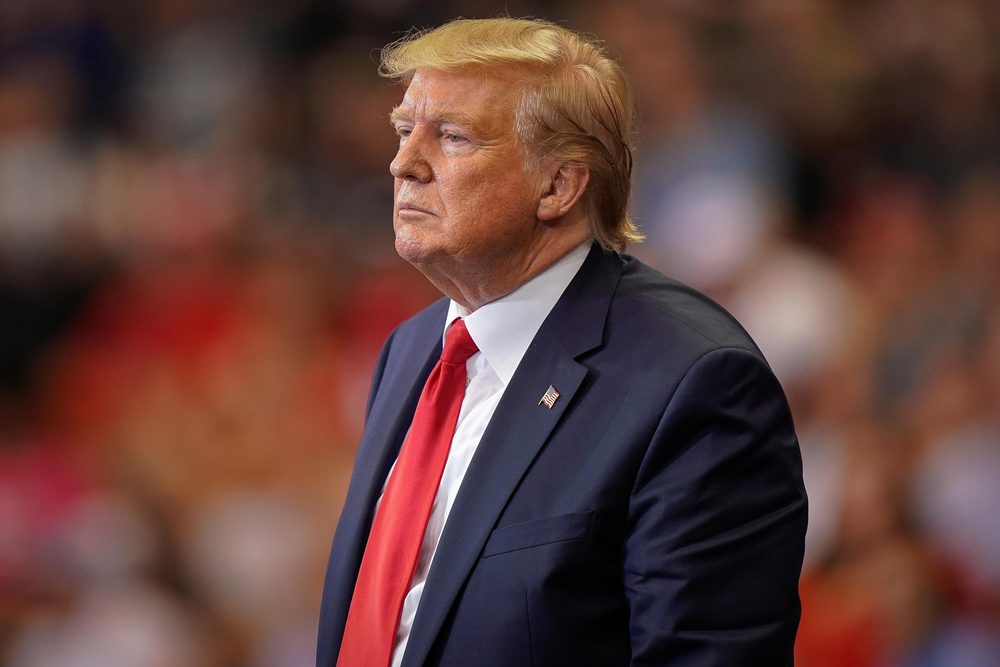 Why are the major media calling Joe Biden the “president-elect”? The sitting president has not yet conceded and the election results have not been certified. This effectively abrogates government function to corporate media; it’s a power grab.

Certainly, President Trump may be making a fool of himself with his current course of action, but it is his right to dispute the results in court, and until the courts rule, anyone with a modicum of respect for legal process should refrain from calling Biden “president-elect”—a term used in the Constitution. Nor should one refer to his remarks Saturday as his “acceptance speech,” as major media did.

In the view of this writer—who has never voted for a Republican or a Democratic presidential nominee—the process of the U.S. Supreme Court in 2000 was highly dubious, leading Gore Vidal to deride the “Cheney-Bush Junta.” But it was still a procedure with set legal processes.

What we have now is effectively government of, by, and for Big Media.

At the dawn of this millennium, Time Warner CEO Gerald Levin posited that global media “will be and is fast becoming the predominant business of the 21st century.” So predominant, in fact, that the media business is “more important than government. It’s more important than educational institutions and non-profits.”

Levin’s prediction has come to pass, with Twitter and Facebook able to selectively suspend, deplatform, and shadow ban whomever they want.

Now, the AP, NBC, CNN, et al are attempting to usurp the power of determining when and how a future president is determined.

Certainly, given the evidence we have, it makes sense to refer to Biden as the projected winner of the election. But “president-elect” is a bridge too far.

Some Biden supporters are attempting to take the “president-elect” mantle while simultaneously claiming Trump and some of his supporters are incredibly dangerous and unstable. They apparently don’t see or don’t want to see that if Trump is half as dangerous as they claim, then their getting ahead of the legal process could set him and them off.

It’s quite possible that William Barr and the Federalist Society majority on the Supreme Court will come to Trump’s rescue, but it seems unlikely. As with Rupert Murdoch and his Fox News channel, they will likely nudge Trump out the door. For all these players, strict observance of the facts is unlikely to be a determinative factor. Rather, with a media establishment and roused liberal activists calling for Trump’s head, siding against Trump grants them a sort of legitimacy, the crowning achievement of Trumpwashing.

It also guards them against Trump’s unpredictability. Trump has a reputation for turning on former associates. And of course, the ever pro-war John Bolton and others who were in the administration have turned on the president.

Yet despite his not pulling the trigger on a new war, Trump’s presidency was a great success for the pro-war establishment. It made the Democratic Party even more war-like without actually ending any wars. The good it did—a thawing with North Korea—seems highly reversible, like the ostensibly pro-peace moves made by Obama.

Indeed, Obama and Trump seem like bookends, each perverting pro-peace impulses on their respective sides of the political spectrum and diminishing them to the wishes of the pro-war establishment.

Trump in 2016 skillfully derided Jeb Bush and Hillary Clinton as associated with the Iraq invasion. But incredibly, he failed to do so with Biden, though Biden played a central role in ensuring that the Iraq invasion took place—and repeatedly lied about it during the Democratic primaries.

So why is Trump so disliked among the pro-war crowd? It reminds me of how Israel treated Arafat. He effectively gave Israel things no one else could have, increased steps towards regional recognition, a tacit legitimizing of the occupation with the Oslo agreement, but it was never enough. Israel tossed Arafat at a time and place of its choosing, even bombing his headquarters in Ramallah.

Trump’s October 23 phone call with Israeli Prime Minister Benjamin Netanyahu didn’t involve any explosives being detonated at the White House, but Trump’s near-pleading for a tacit endorsement from Netanyahu, which was not forthcoming, clearly left the president deflated. Indeed, with all the focus on Trump being “Putin’s bitch” over the last four years, it’s difficult to imagine how Israel continues to play such an outsized role in American political life. Would CNN have objected if Netanyahu gushed over Trump? How would the major media react if Putin were on such a call?

Indeed, the last two one-term presidents lost shortly after criticizing Israel. Jimmy Carter wrote that “Israel cast their lot with Reagan,” apparently because then-prime minister Menachem Begin feared that Carter might force Israel to withdraw from the West Bank and accept a Palestinian state if he won a second term. And George H. W. Bush—after pulverizing Iraq in 1991—had a highly publicized clash with Israel over loan guarantees, commenting that “there are 1,000 lobbyists up on the Hill today lobbying Congress for loan guarantees for Israel and I’m one lonely little guy down here asking Congress to delay its consideration of loan guarantees for 120 days.”

Trump never said anything of this kind, but his servility to Netanyahu in the closing days of the campaign highlights a troubling set of dynamics.

Sam Husseini’s writings are at husseini.org. He is the founder of VotePact.org, which encourages principled left-right cooperation against the pro-war establishment.