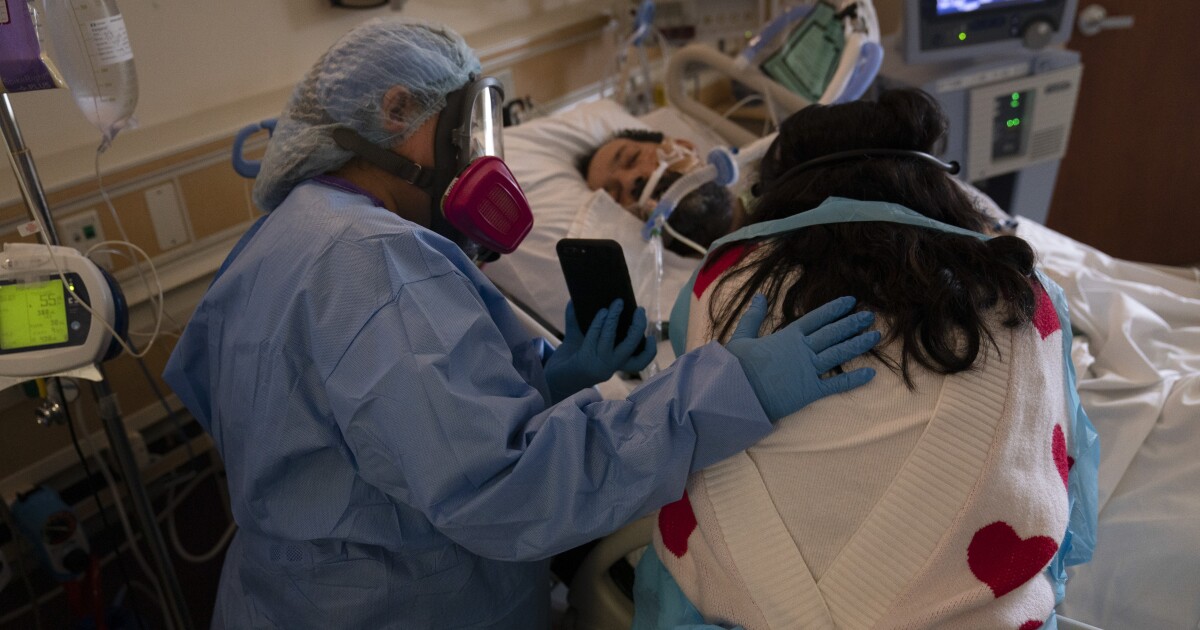 Despite having the most confirmed coronavirus cases and most fatalities of any state in the nation, California’s overall numbers are on the decline, falling below last summer’s peak for the first time in three months.

Over the past seven days, the state has averaged 8,000 new cases per day, a 57% drop compared to two weeks ago. The last two days have seen fewer than 10,000 new cases combined, the first time since November that rolling averages are below the surge in June, July and August of last year.

Health officials have attributed the latest spike, starting in late November and lasting through late January, to people ignoring warnings about large gatherings and lack of social distancing during the Thanksgiving, Christmas and New Year holidays.

Deaths and hospitalizations due to coronavirus are also dropping.

California has averaged 377 fatalities per day during the last seven days, the first time the number has been below 400 in six weeks. Since the start of the year, however, the state has recorded 21,000 deaths.

The positivity rate – meaning the percentage of tests that come back positive for coronavirus – has fallen from 14 percent during the first week of January to 3.4 percent over the past week.

Hospitalizations are also down over the past month, from more than 20,000 on Jan. 16 to under 9,000 today. The availability of intensive care unit beds statewide has gone up 20 percent compared to two months ago, when Gov. Gavin Newsom placed most of the state into a third stay-at-home order as some regions were reporting 0 percent ICU capacity.

In Los Angeles County, which has accounted for a large portion of both coronavirus cases and deaths, numbers have improved to the point that elementary schools have been cleared to resume in-person learning.

The county announced it fell below the state’s threshold of a seven-day average of 25 new cases per 100,000 residents, recording 20 new cases per 100,000 residents from Feb. 8 through Feb. 15. It is unclear when the schools, if any, will actually reopen as the district and teachers union continue to negotiate what a return to classrooms would entail.

The Los Angeles Unified School District said a vaccination site will open this week at one of its buildings after Newsom bumped up teachers and other school personnel on the state’s priority list.