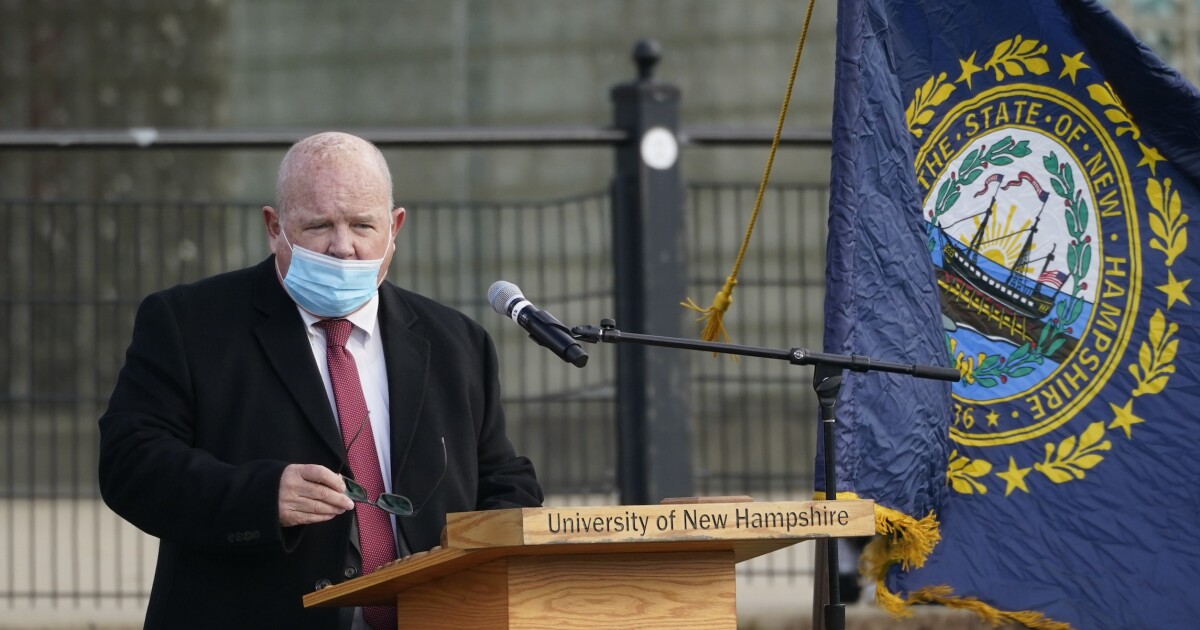 New Hampshire House Speaker Dick Hinch died Wednesday at age 71, just a week after he was voted by his peers to the top position in the Granite State’s House of Representatives.

A Wednesday evening statement from Hinch’s office didn’t offer any information about the cause of death, saying only that there are “no details to share at this time.”

“He was a loving husband, father, family man, and veteran who devoted his life to public service,” the statement read.

Hinch was the House Minority Leader from 2019-20, leading the state’s Republicans at a time when Democrats controlled the Legislature and the Executive Council. Following the Nov. 3 election, all three bodies were returned to Republican hands, putting Hinch in position to become one of the most powerful public officials in the state for at least the next two years.

In response to word of Hinch’s death, New Hampshire Gov. Chris Sununu ordered that all flags on public buildings be lowered to half-staff.

“Speaker Hinch was a fierce defender of the New Hampshire Advantage, a close friend, and a respected public servant. His loss will be greatly felt by the people of this state, and I ask Granite Staters to join me in praying for his family during this incredibly difficult time,” Sununu said in a statement.

Figures from both ends of the political spectrum were offering condolences Wednesday evening.

“Very sad to hear of the passing of Speaker Hinch,” said state Rep. Tom Loughman, D-Hampton, in a post on Twitter. “My thoughts are with his family, friends, and colleagues in the House as they mourn his loss.”

Rep. Sherman Packard, R-Rockingham, who had been selected as deputy speaker for the upcoming term, becomes acting speaker until the House next meets and can vote on a new speaker.

Hinch was first elected to the House in 2008, and was about to begin his 7th term in the Legislature.